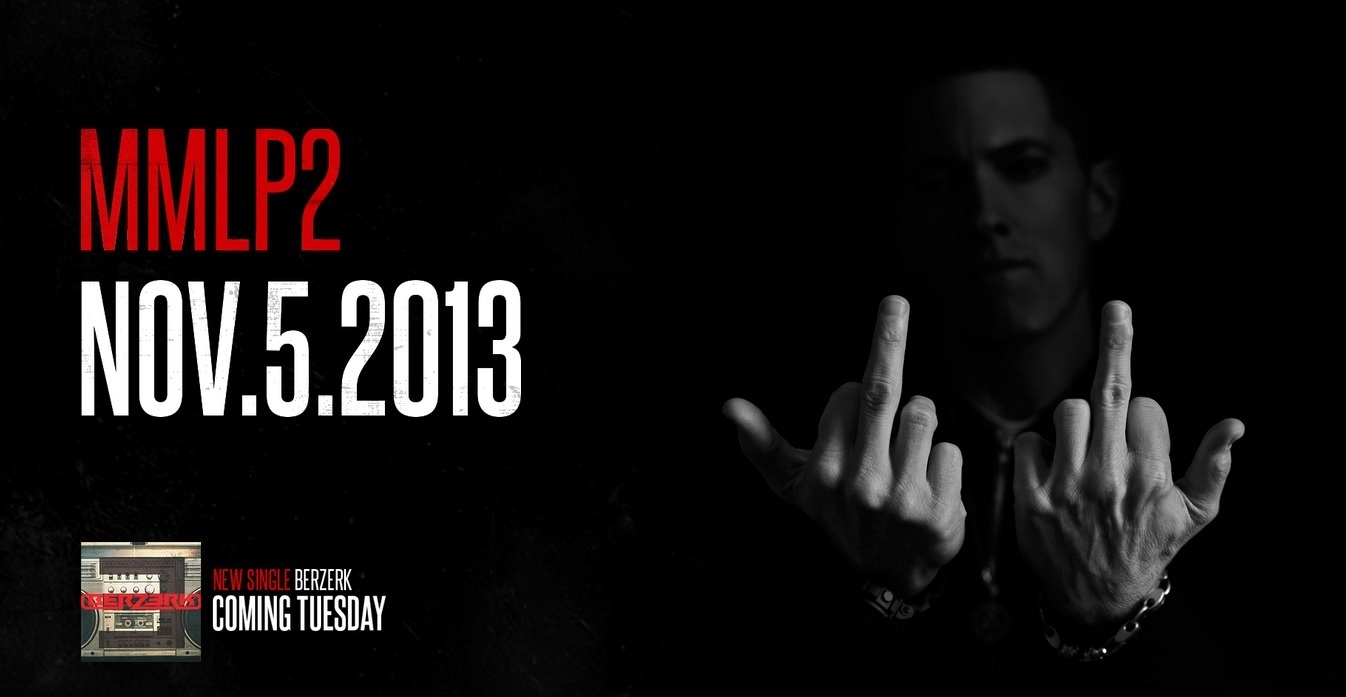 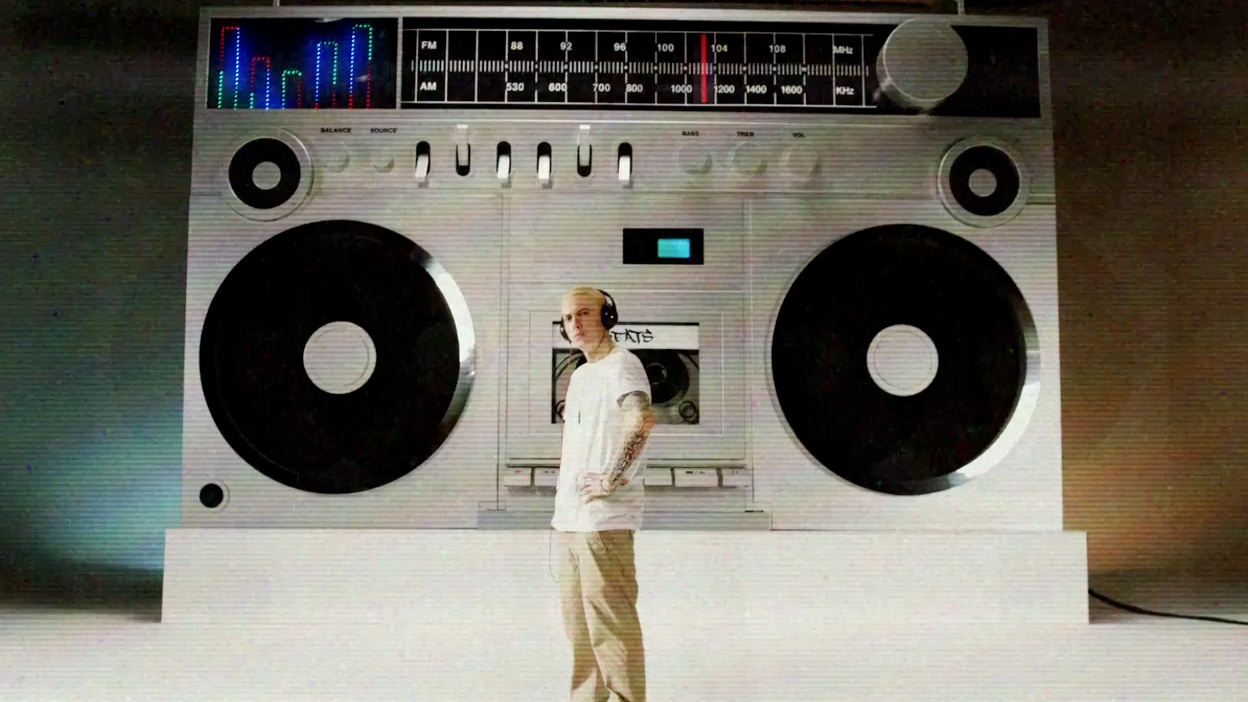 Over the weekend an image surfaced on Eminem‘s official webpage http://www.eminem.com with a simple black and white image of Shady flipping the bird. Not much was known about Eminem’s 2013 album up until now.

During Sunday’s MTV Video Music Awards, Eminem announced the sequel to the Marshall Mathers LP, which was released in 2000. Two new Beats By Dre commercials aired during the Video Music Awards, debuting Shady‘s upcoming MMLP 2 single Berzerk. The full single has been scheduled to release on Tuesday, August 27th.

The 30-second teaser features Marshall back in rare form, sporting his blonde hair we all know and love, and rocking out Beastie Boys style in front of the cameras. With Executive production by Dr. Dre and Rick Rubin, hopefully this alludes to the return of his Slim Shady persona, which dominated the music charts in the early noughties. The Marshall Mathers LP 2 is scheduled to release on November 5th.

Watch both of Eminem‘s VMA Commercial’s below.

“Lets take it back to straight hip hop, and start if from scratch.”