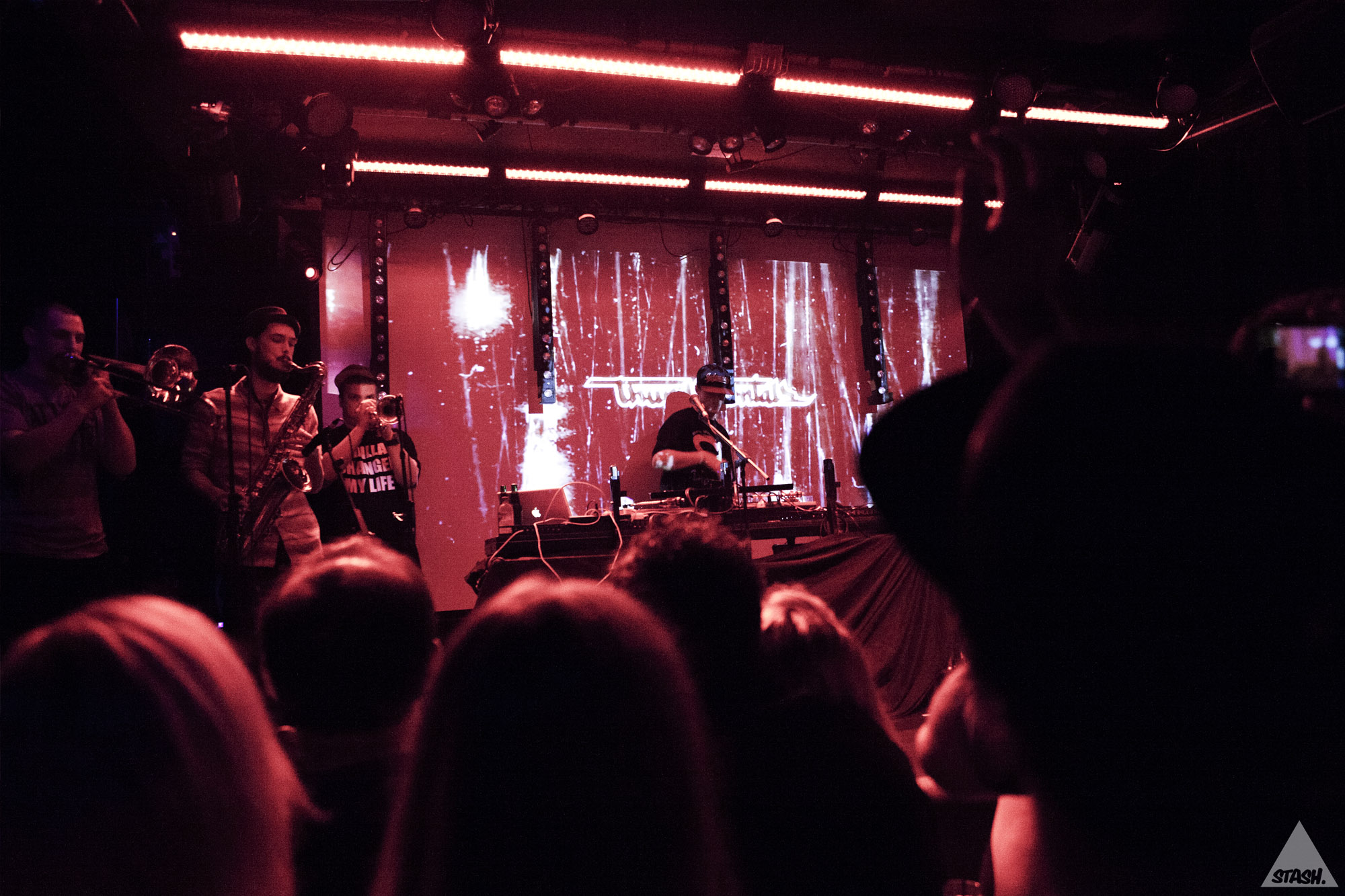 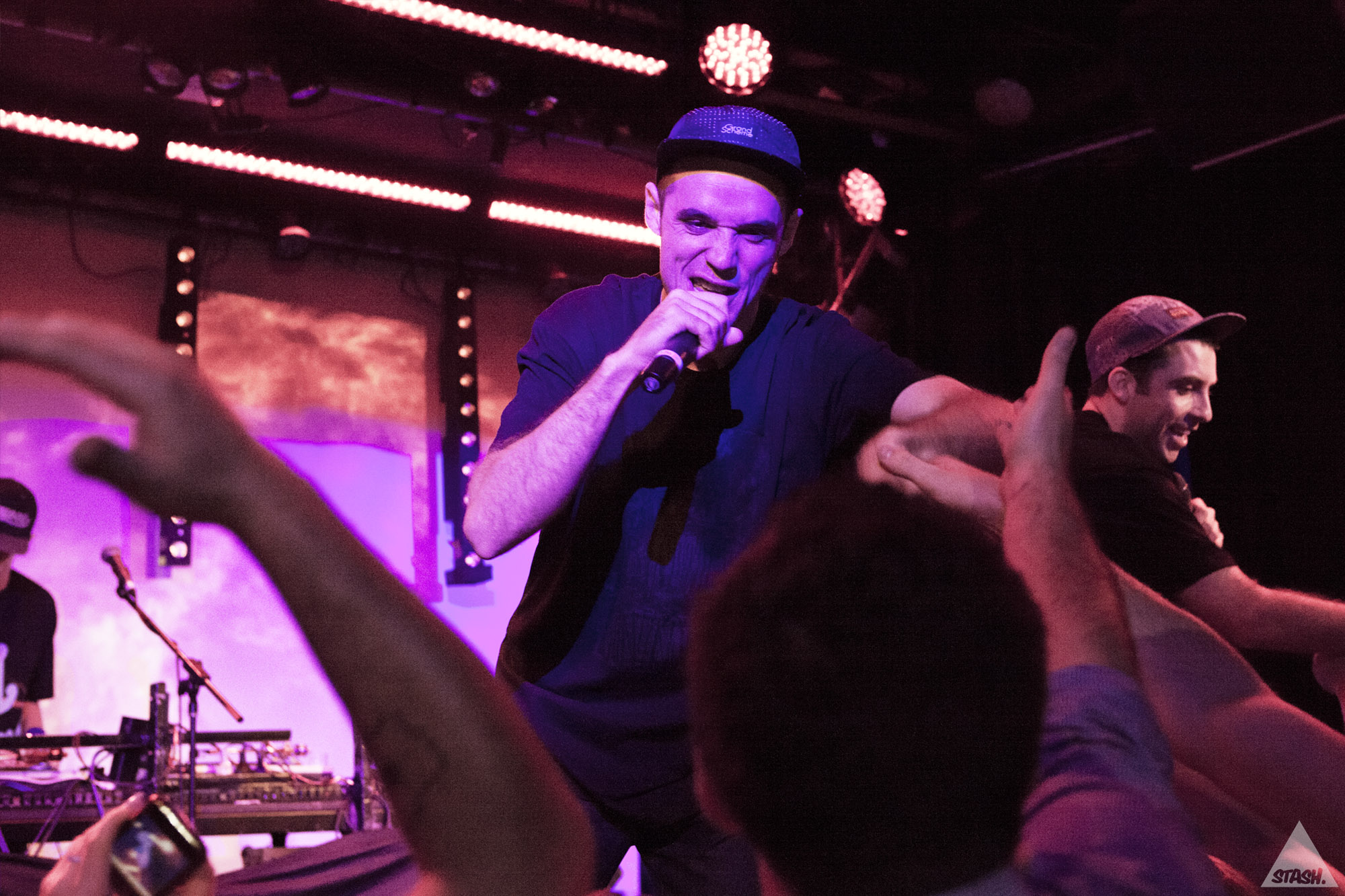 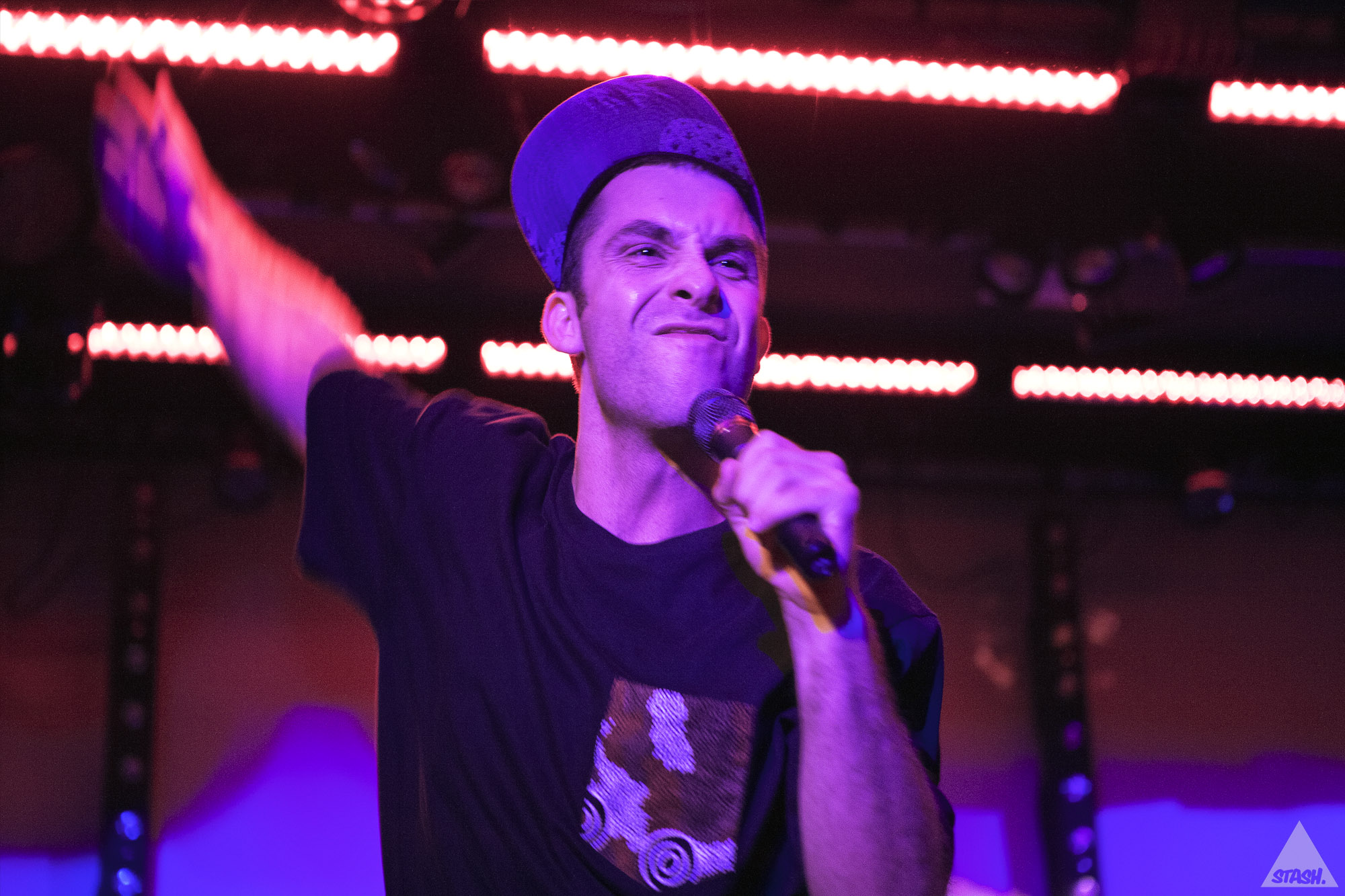 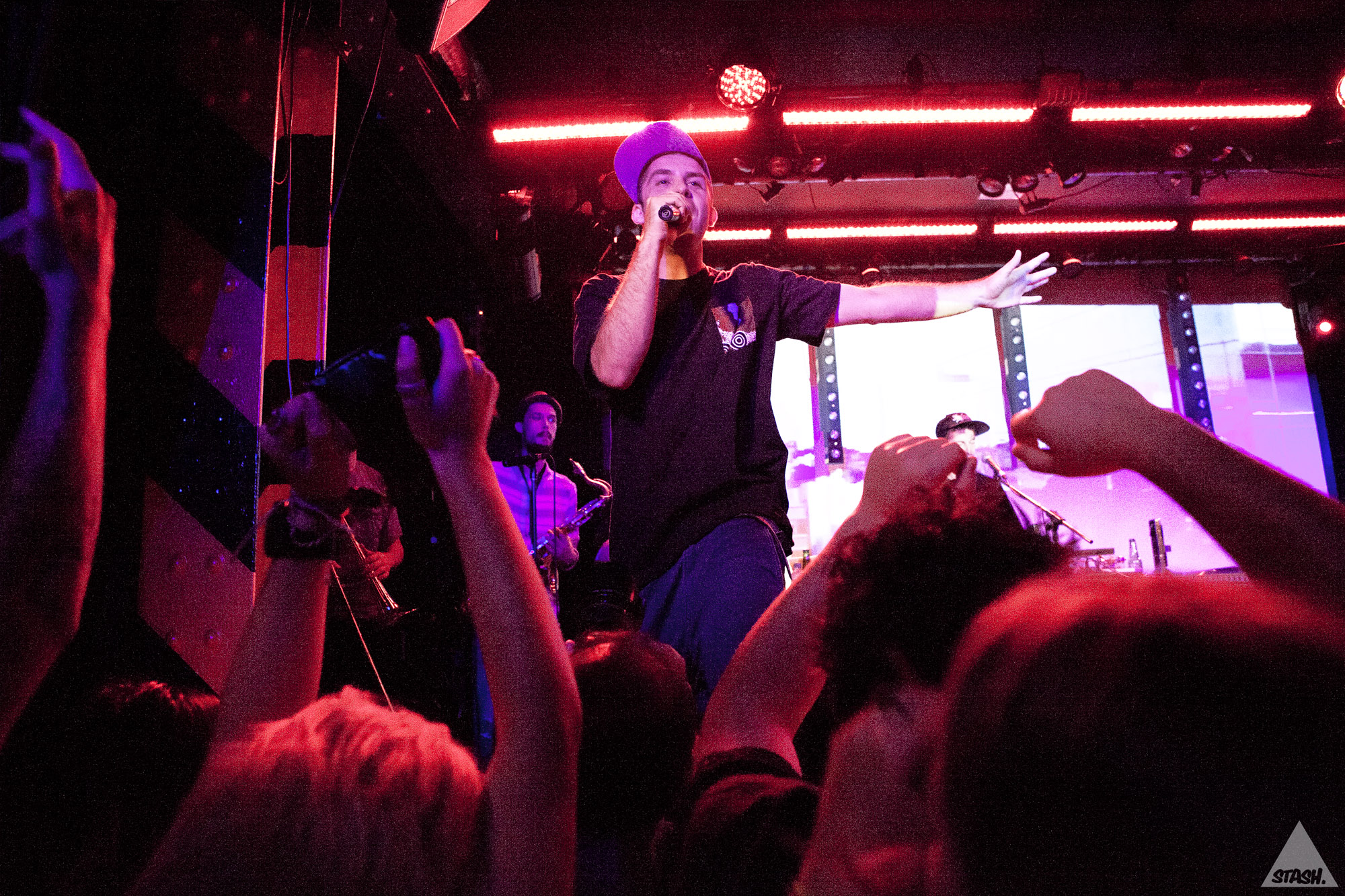 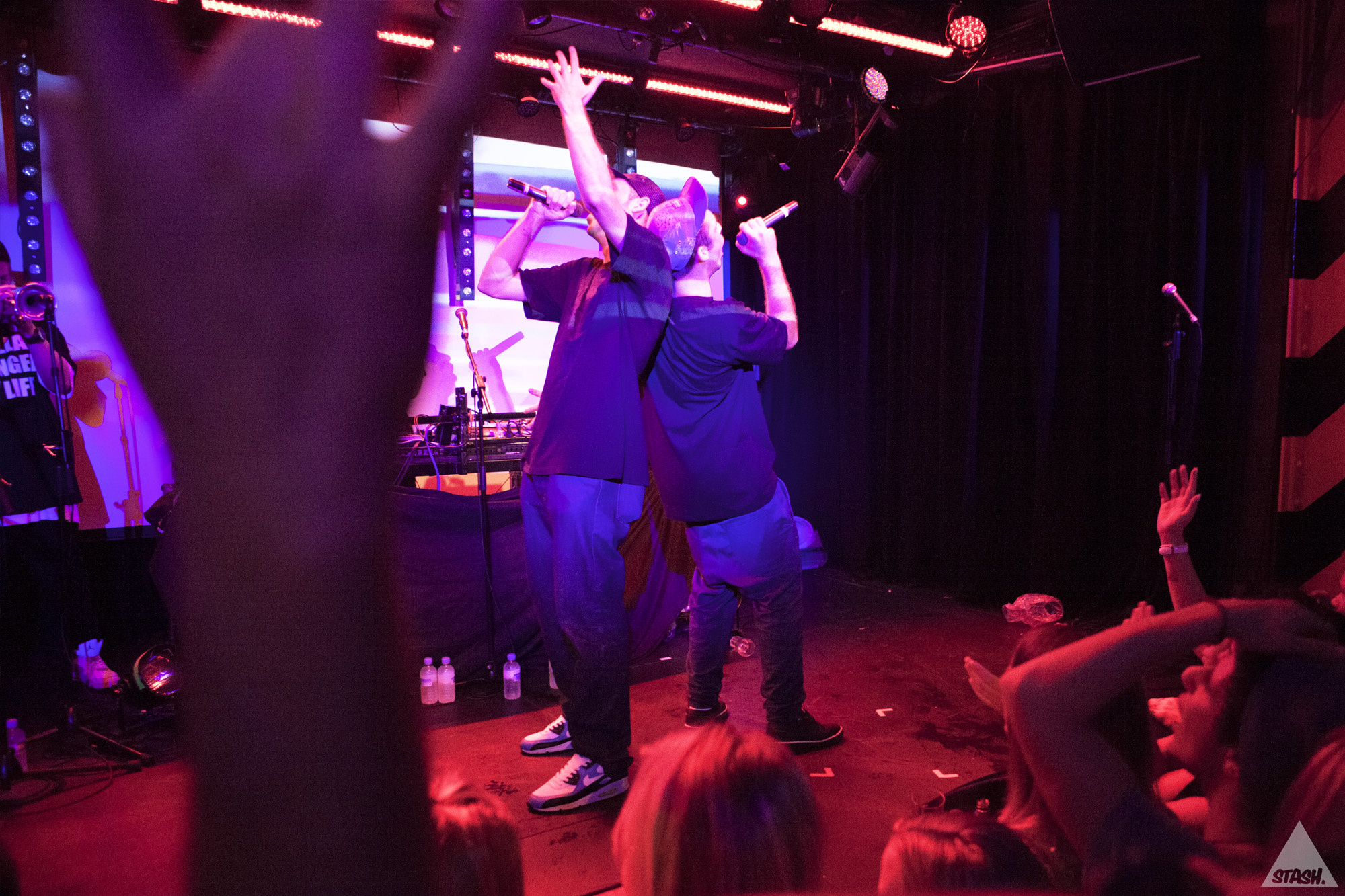 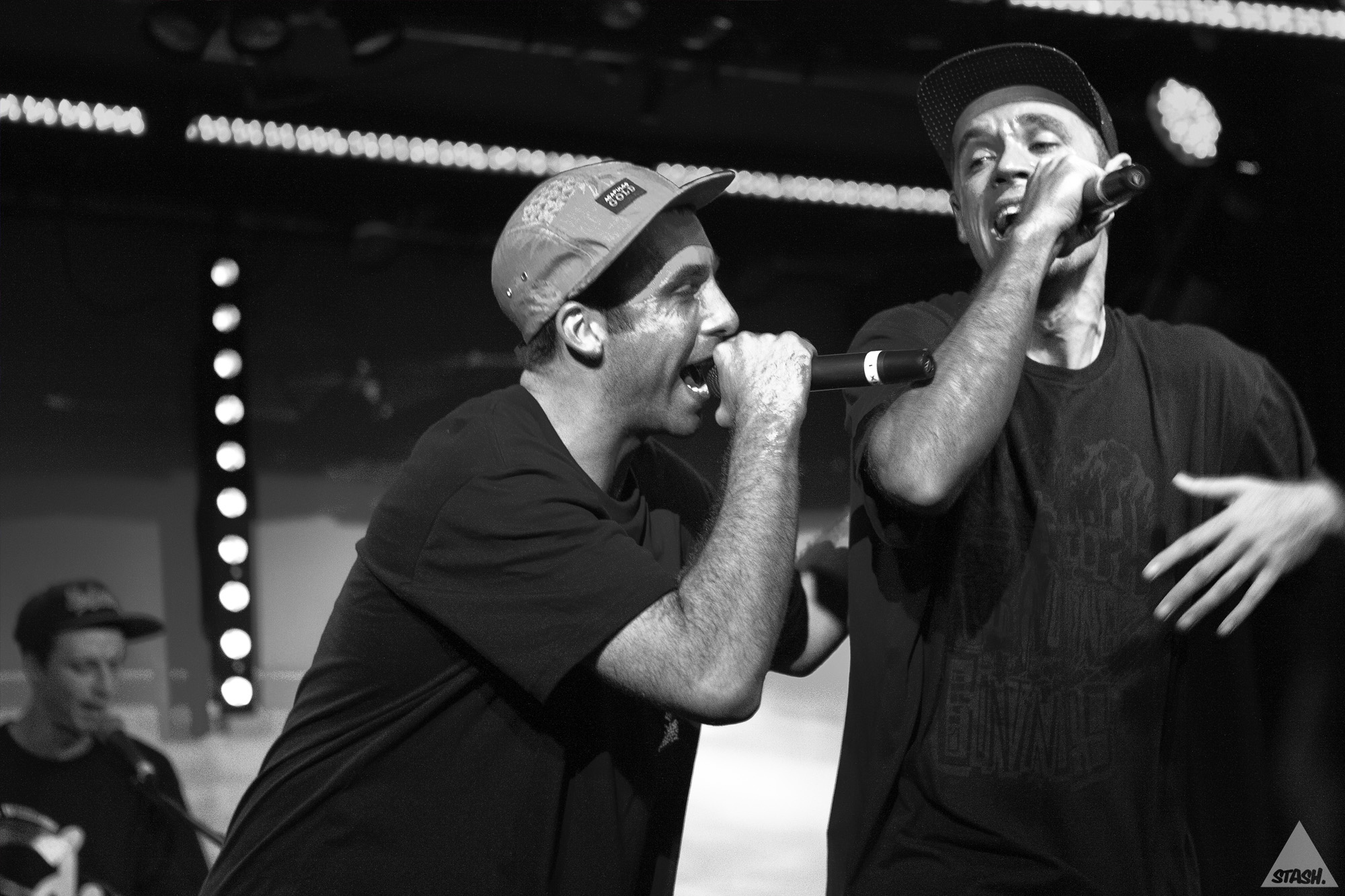 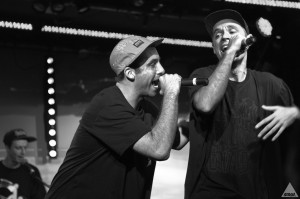 The theme of the night was red. Oxford Art Factory was painted red, the ladies were red and my eyes were blinded by the god damn annoying red lights. Not literally of course, but the lighting guy at Oxford Art Factory sure had a fun time using the red lights. I can only assume that he was instructed by the Thundamentals crew to favour the red lighting due to their most played (and my favourite) song, Paint the Town Red.

Having red lights is an eye sore and a royal, distracting pain in the arse for me. The reason why red lighting is hated amongst live music photographers is that it’s a hassle to take photos of these bands without the cameras spazzing out, due to the lack of detail a camera is able to record when red lights are used. So every photo is pretty much unusable. Quick pointer for any aspiring lighting genius and band, avoid red lighting. If anything, use pink or even better, I’d prefer no lighting at all over red lighting. Rant over.

Despite the poor lighting, Thundamentals showed Sydney that they aren’t afraid of getting loose and showcasing their ill skills on stage. Blasting crowd favourites like Paint The Town Red, How You Been, Movin’ it Up and THUNDA, they even allowed two young ladies to (try and) twerk and pussy pop on stage. They proved to be more of an annoyance and a distraction, rather than eye candy for the male dominant crowd. They were still let on stage by the laidback Aussie rappers, which only just reaffirms that these good blokes, are just that, good blokes.

Their accompanying three piece brass band was an interesting addition to the set. It provided flare and a sense of ‘live’ that many hip hop gigs lack. One of the main highlights of the night was when they  performed their dubstep influenced song, Thundacats (an attempt to reach mass appeal). It was rather entertaining but odd seeing the crowd collectively having seizures in sync to the ‘wobwobwobs’ and the ‘wuhwuhwuh’s’. It was as funny as much as it was a mindfuck.

I have to commend these guys for supporting Aussie brands by wearing Grand Scheme‘s NativeSON range. The headliners also lived up to the crowds expectations of being energetic and entertaining. However, their set felt as if it were lacking something. I can’t pinpoint what that something may be, but that ‘something’ prevented this performance from attaining awesome status. Regardless, they ensured a great night for all, even those that got kicked out for lighting a blunt in front of the security.

Thundermentals had a connection that most hip hop groups fail to achieve. Morgs, Tuka and Jeswon had just as much brotherly interaction with each other as they did with the crowd. Think Jay-Z and Kanye status. Not only did they create the music together, but it was visible that they also enjoy performing with each other. They had fun and that in itself is admirable. Their relationship with each other is pretty much the opposite of Q-Tip ad Phife’s relationship in A Tribe Called Quest (bitter, very bitter).

Disregarding the poor red lighting and some of the other setbacks, these homegrown artists had Oxford Art Factory in the palm of their hands. Everyone involved cemented themselves as great artists and performers. If you unaware of the group, or any Australian hip hop for that matter, then Thundmentals is a great start. Their interestingly eclectic production and mix of easy going, catchy and thought provoking lyrics go down a treat. Add to that their fine-tuned consistency across all of their work . Be sure to check out their new album, Foreverlution and if you do come across any venue lighting technician, please tell them to stop being a Roxanne, cos we don’t want you to put up any red lights. Ever.

You may also want to have a peek at these reviews: Seth Sentry, Illy, Lupe Fiasco