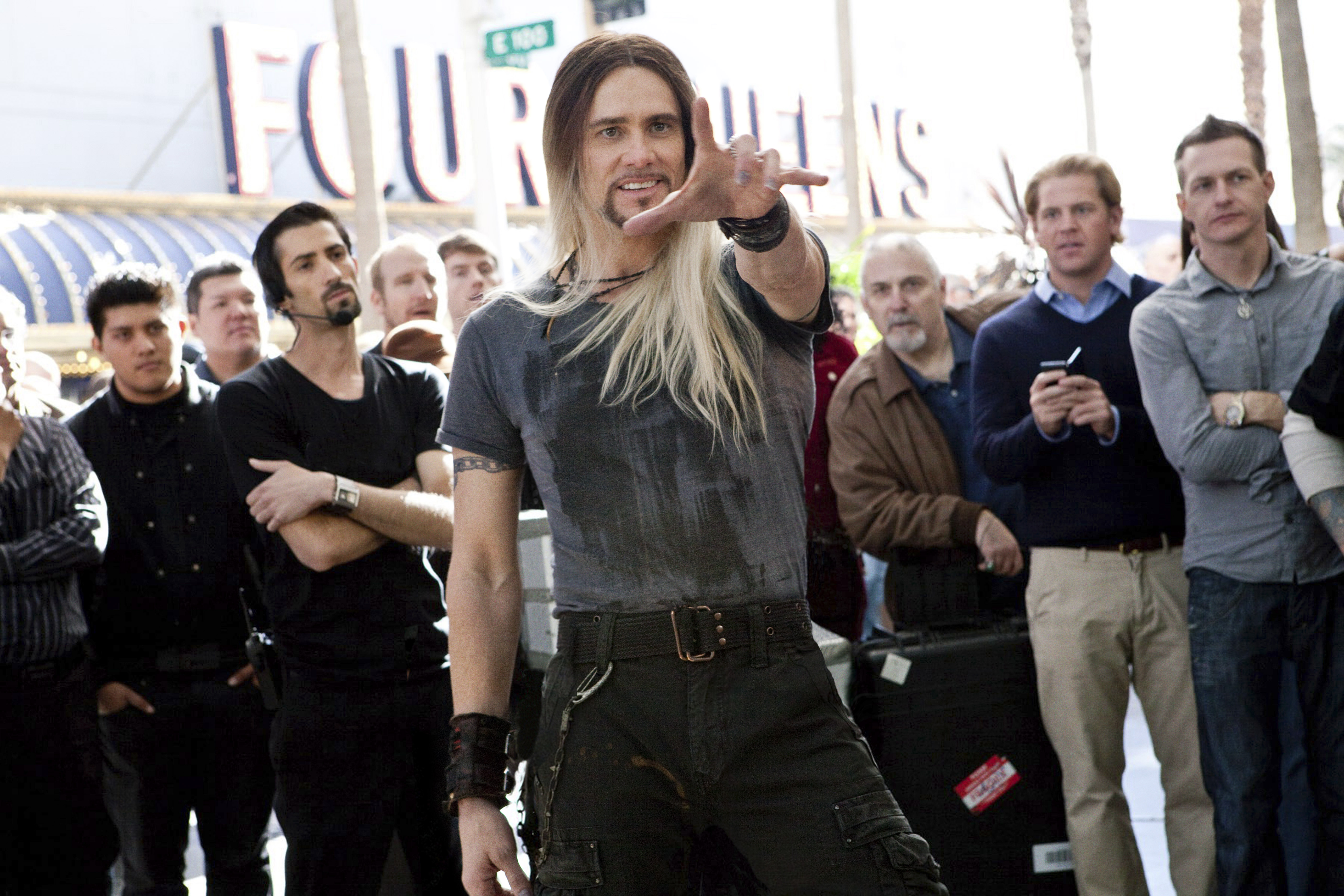 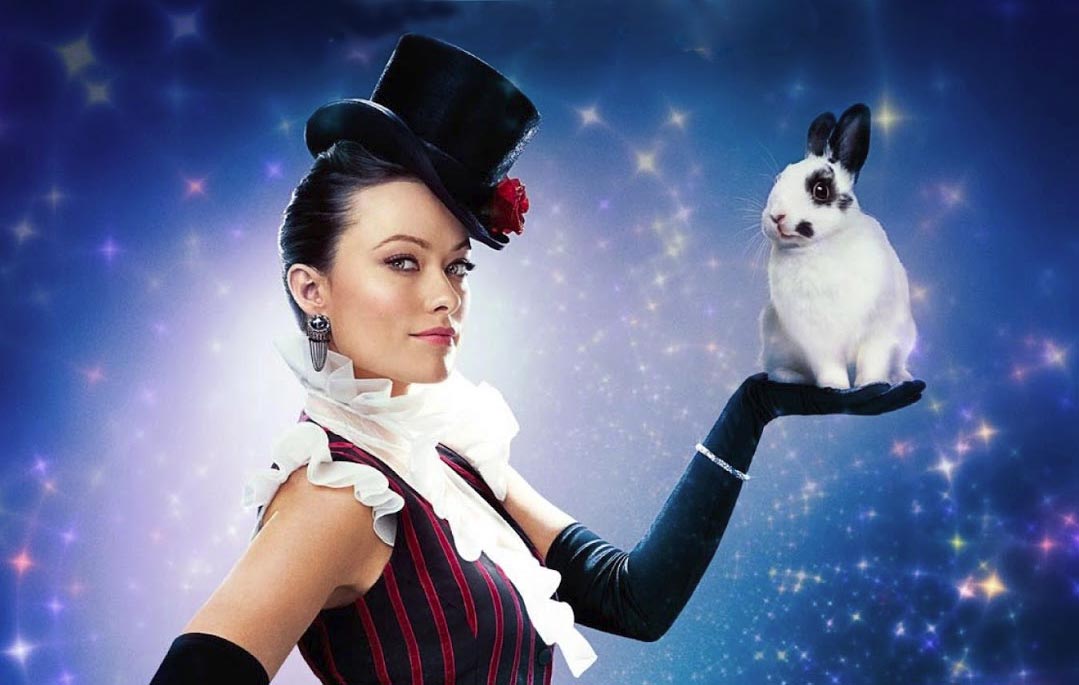 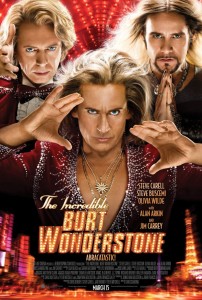 Steve Carell, Steve Buscemi, Alan Arkin, Jim Carrey and Olivia Wilde all dabble in some magic and terrible wigs while James Gandolfini reaps the benefits in The Incredible Burt Wonderstone, a comedy involving rival magicians, friendship and a shit load of glitter, yet is any of it even remotely funny?

Burt Wonderstone (Steve Carrell) and Anton Marvelton (Steve Buscemi) have been friends for 30 or so years, they both share a love for magic and have performed in Las Vegas for over 10 years to continuous sold-out crowds. The issue? Burt and Anton don’t quite get along so much anymore, mostly due to the fact that Burt has become an egotistical and obnoxious celebrity who cares more about sleeping with all their female assistants and audience members. Anton is fed up and Burt’s only getting worse. In addition their audience numbers are falling and Casino owner Doug Munny (James Gandolfini) is not happy.

Burt and Anton have become dated and they can’t compete with Steve Grey (Jim Carrey), a rival magician who’s even more obnoxious and foul, yet is essentially stealing their fame and attraction with his death-defying and pain-inducing tricks. What’s Burt to do now? Can Rance Holloway (Alan Arkin), one of the greatest magicians of all time who encouraged Burt and Anton to become magicians give Burt back his edge and revitalise their act? Even if they can come up with a new act, will Anton be interested; and will it be enough in the age of pain as entertainment?

I forgot to add a “character” to the plot synopsis above, who is Burt and Anton’s female assistant, Jane (Olivia Wilde). Why didn’t I include her? Because she literally does NOTHING in this film except revile Burt but as we all know in the art of Hollywood cinema, she won’t be able to resist him after 20 minutes and a few montages. Her dialogue consists of gems like, “Don’t look at me, I’m just a girl, tee hee”. We’re introduced to her as clothes are being ripped off her… I’m not even kidding. What makes this worse? Steve Carrell’s character Burt, is an ass…AND NEVER CHANGES. The film doesn’t care to show you a character 180, but instead shows you how poor he becomes through a collection of obvious music choices and poorly structured montages yet he’s still an ass in the end. Why in the hell would you or I wanna sit through that?

The performances aren’t very good at all, with the exception being Buscemi and Arkin who just so happen to be the only remotely decent characters in the film. I won’t go so far to say that you’ll like them, but in a room full of bleach blonde haired scumbags, they certainly stand out. Jim Carrey definitely tries his best and certainly knows timing with each gag, but his character is so repulsive and vile, you really forget any of Carrey’s efforts.

Burt Wonderstone is simply not funny. Gags are barely set up then they merely flop and lay there stale and you’re sitting there, awkwardly, waiting to laugh or be amazed, much like a godawful magic show.

They have big, ugly hairdos and wear glitter-covered jackets. Are you laughing? Don’t worry neither are we. I love Steve Carell and essentially everyone involved, so it breaks your heart all the more to see them so horribly wasted with poor direction (Don Scardino, who’s responsible for some very funny 30 Rock episodes) and what might be one of the worst screenplays written by John Francis Daley and Johnathan M Goldstein. There is no story or jokes, it’s essentially just a list of possibly funny gags that they forgot to flesh out and…well, write. These are all talented people who decided to cash their paycheck before making us laugh and we shouldn’t forgive them for that.

I could go on, but with the exception of Arkin and Buscemi, you’re in for a comedy that resembles the feeling of making love to a whipper snipper but with less laughs. The Incredible Burt Wonderstone, you are shit.

You may also want to have a peek at these reviews: The Guilt Trip, Django Unchained,  The Man With The Iron Fists.