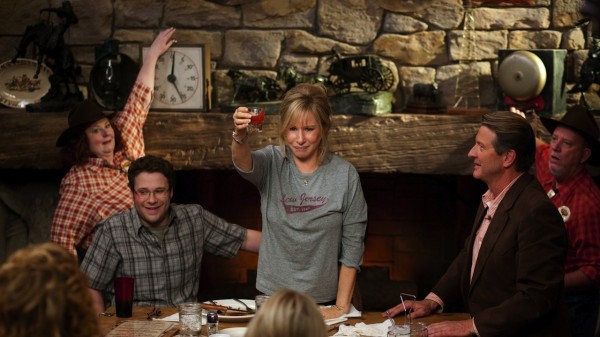 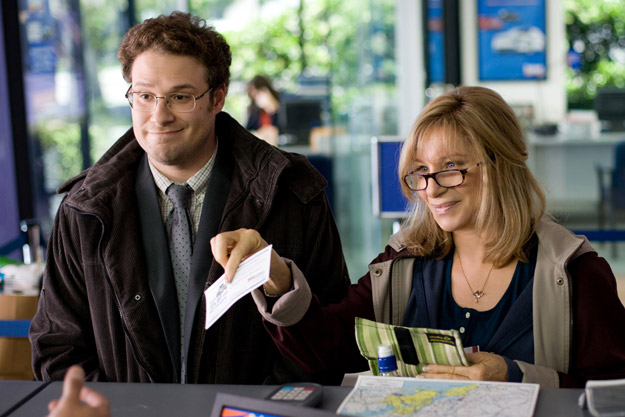 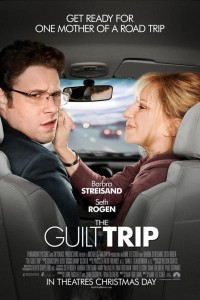 Yentl (Barbra Streisand) and the stoner from Knocked Up (Seth Rogen) star as mother and son who decide to go on a road trip and get on each other’s nerves for 90 minutes. Predictable? Heartwarming? A comedy for the ages set in a Prius where one sings with passion while the other laughs like the village idiot and criticizes everything?

Andrew Brewster (Seth Rogen) is the inventor of an effective cleaning brand named ‘Scioclean’, but due to a number of reasons, no one wants to buy it. He travels across the US attempting to sell the product with very little luck. In the interim he visits his mother, Joyce (Barbra Streisand).

While their relationship isn’t necessarily a close one, Joyce spends every waking moment calling Andrew and leaving voice messages on his phone – from wishing him luck on his next pitch, to asking him to join her yoga class. She annoys him and he feels suffocated, but he understands that it’s because, and it will continue unless Andrew finds a way for her to love again, or at the very least pester someone who isn’t him.

Andrew asks his mother to accompany him on a road trip, where among his many destinations is one where an old flame of Joyce’s lives. This, however, is all easier said than done. They get on each others nerves, past regrets are examined and what Joyce believes to be a bonding experience only jeopardizes Andrew’s attempts at being successful (in more ways than one). Can their relationship withstand the trip? Can he even sell his product that almost no one can pronounce? And just how much guilt will come with this trip?

Why in the hell would you bring the one person who annoys you to no end on a road trip in an attempt to get them out of your lives? It’s a small car and they’re very in close proximity for almost the entire film. Rogen suffers constantly, and we’re meant to believe it’s in the hopes that his mother will move on after this trip? I really did think he was planning to kill her and dump the body in Vegas, and the “guilt” in the title was the guilt comes after. Sadly this was not the case

The Guilt Trip is not an irritating film with annoying characters like trailers suggest. Believe it or not, its downfall isn’t the characters, but the screenplay by Dan Fogelman (Crazy, Stupid, Love) which is so damn predictable. The message of the film is a sweet one, and neither Andrew nor Joyce are irritating. They’re rather likeable characters who are stuck plodding along in boring situations that have already occurred in other, forgotten road trip comedies. The road trip and the events that take place on said trip have been done before, why a road trip? This isn’t Sundance!

The performances are very good, especially Streisand which it’s nice seeing her in a movie that doesn’t have ‘Focker’ in the title. While Rogen is good, he is not given a whole lot to do. He is forced to move from scene to scene looking frustrated. We understand why he finds her annoying, but the screenplay gives them nothing to do. The saving grace of The Guilt Trip is the fact that there are genuine moments throughout, and this is thanks to director, Anne Fletcher (The Proposal). We like these two; there’s a real sense of love in their relationship despite the stupidity that follows after each sweet moment. For a comedy to have such enduring characters is definitely something to commend.

Despite its redeeming qualities, The Guilt Trip can only be called a disappointment, especially considering the actors involved. You won’t remember a thing after the film, but you will have had some fun while it lasted. If only it weren’t so damn predictable.