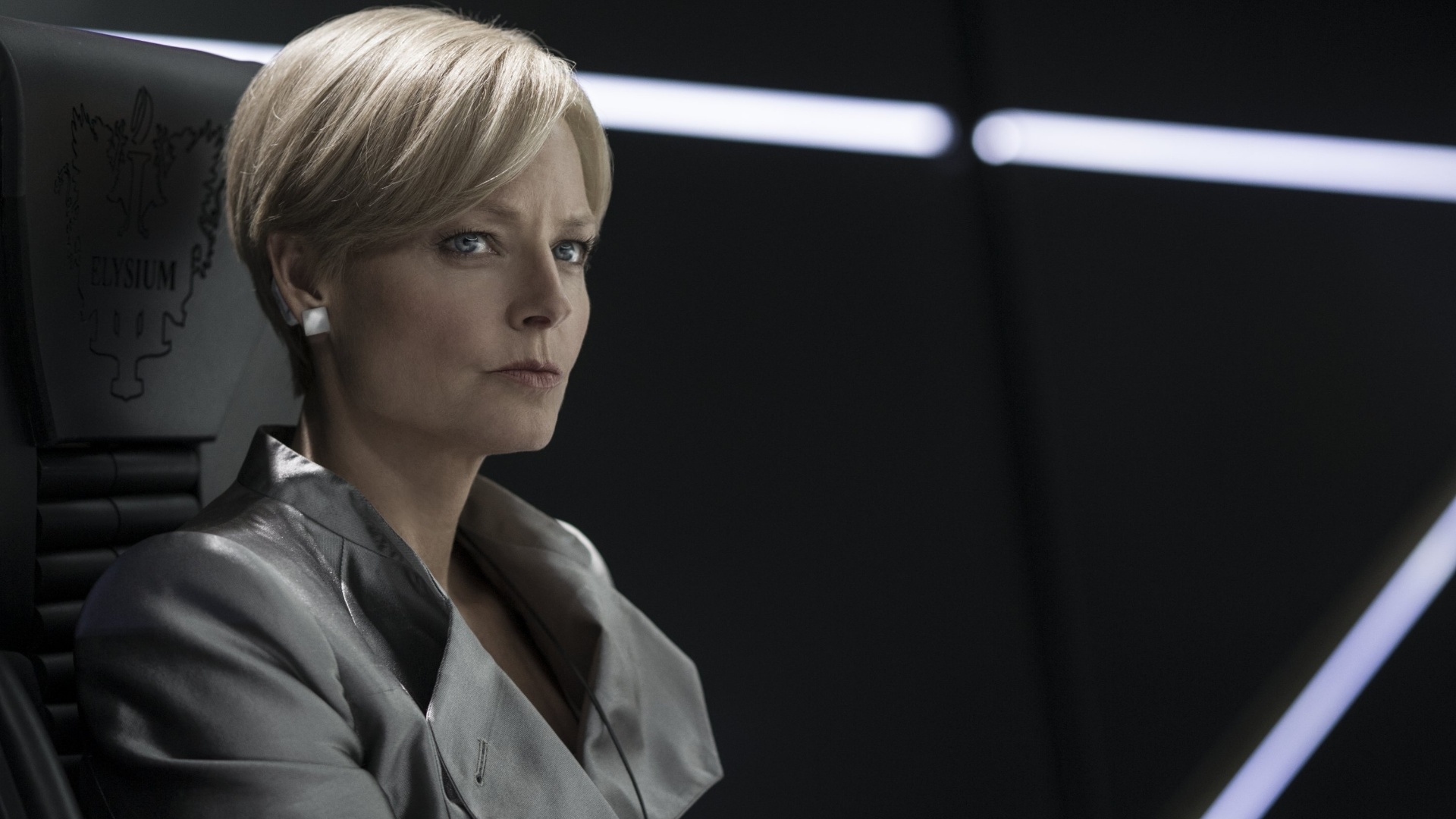 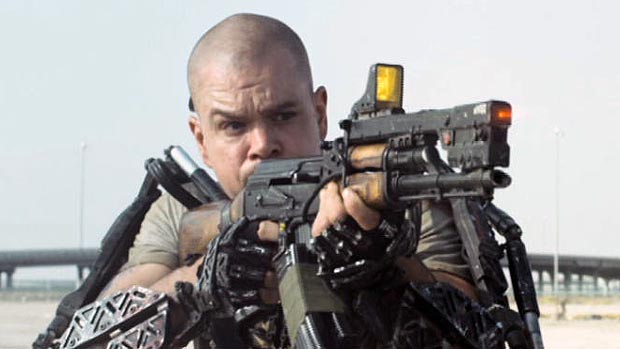 Earth in the year 2154 is a wasteland; Only the poor remain. Where is everyone else? In Elysium, a large compound directly next to Earth that houses all rich inhabitants, for they are deemed worthy to breathe clean air and live in an environment made up of pools, mansions, clean lawns and clear blue skies. Earth’s inhabitants are forbidden to leave the atmosphere or in any way to enter Elysium’s. The main reason most try breaking through to Elysium is the very special invention available only in Elysium, a device that can cure you of any disease or wounds, thus saving your life at any time. People of Earth do everything they can to break through, but none of these attempts are ever successful.

Enter Max (Matt Damon), a former car-jacker, now assembly line worker who seems to attract bad luck. He’s just been involved in a work accident and will do just about anything to break in to Elysium to gain access to the machine that heals. It helps that he’s just so happened to have obtained information from a ruthless, violent and immoral mercenary (Shalto Copley) that could change the course of history.

Corrupt Elysium official (Jodie Foster), needs the information Max has obtained, as it threatens the survival of Elysium in its current state. What will she do in order to get it? Max is determined and fearless, and it seems nothing will prevent him (along with his lifelong friend (Alice Braga) who he promised to take with him), from finding a way to Elysium, no matter the alterations or repercussions that could follow.

Elysium is a film that establishes and operates to an intrinsic plot first and foremost. Characters are established to progress it further and ultimately define it. Having said that they’re more than mere strands to a story that has the current poor state of health care and other current social issues on its mind. The protagonist, Max (Damon) and his friend Frey (Braga) are established as friends and as genuine human beings from the film’s beginning; and Blomkamp spends real-time making Max a person with genuine intentions. His friendship with Frey isn’t created for relationship purposes either, their bond and predicaments are what make their interactions really something of worth.

Blomkamp repeats his original and effective formula from District 9, with a stronger emphasis on a human cast and a protagonist (Damon, who is excellent) whom we’re much more in tuned with liking and empathising with, compared to Wikus, Copley’s character from District 9. Even the action sequences, which are on a somewhat grander scale and are far more ferocious, have purpose. Every chaotic, inventive and loud action sequence feels earned because the film spends the time and effort on its story and character – there isn’t noise without a cause. It knows among the spectacle what it’s trying to say, the action set pieces never derail the narrative.

While I truly believe this is an innovative and original film, there are flaws with Elysium, one of which well and truly does prevent the film from being a specimen of true greatness. That flaw in question, is the same flaw found in District 9, and that is the villains. There are two lead villains on display, one is Foster’s Dellacorte, who although over elaborate with her performance poses as an intriguing villain whose goals are plain as day. The real problem comes from the second villain, Krueger played by Shalto Copley. From the writing to his performance, this is a loud, bombastic, immoral, ruthless but ultimately ridiculous villain who just wants to break things, kill people….and that’s it. Much like the mercenary from District 9 (whom also plays as one of his equally brutal henchman).

Why did Blomkamp insist on establishing Krueger as a cartoonish, paper-thin and ultimately pointless threat? If he can devise such a plot and create such other understanding and believable characters, what goes wrong with his male villains? Is it his bridge to genre driven films that have influenced him over the years? Dellacorte keeps the villainy afloat, but its the character of Kruger that’s the one real downfall to an other wise flawless blockbuster.

Thankfully, a plot convenience of a villain isn’t enough to bring down the entertaining and enjoyable gem that is Elysium. Although Blomkamp relies on an over the top performance from Foster, there is still intrigue in her character. Both her and Braga are still two female characters who say and do things further than the plot requires them to; they’re people and aren’t required to be in relationships to be further established. Another smart move? Just further proves the film’s grounded insistence on story before anything else.

Elysium is one of those great blockbusters that not for a single moment does one have to sacrifice smarts or thought to be entertained. I was reminded of what it was like being much younger, going to a movie and seeing a film so exciting and involving that I never wanted it to end. Neil Blomkamp has made a contemporary action picture that dares you to think, dares you to talk and rewards you with that reminder why going to the movies and seeing something of substance is something to behold.

You may also want to have a peek at these reviews: P-Smurf, Wale,  The Wolverine