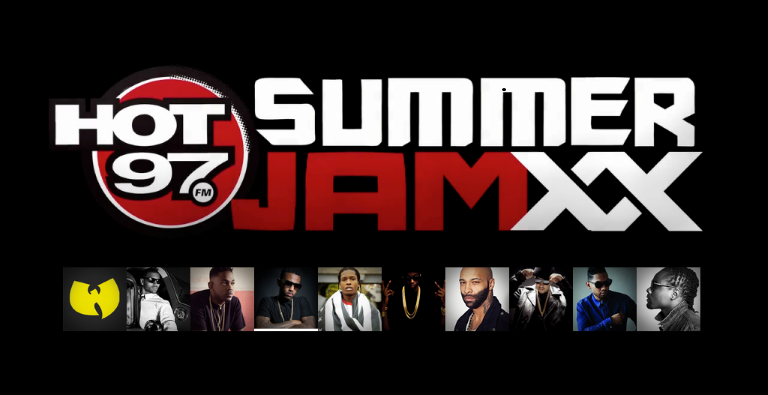 If you watched Hot 97′s Summer Jam XX live stream yesterday, you’re probably aware that quite a bit of drama went down. But what would Summer Jam be without controversy, though?

The return of Nicki Minaj comes a year after she boycotted the Summer Jam 2012 due to Rosenberg’s pre-show comments about Nicki’s Starships single. Earlier in the evening, the YMCMB raptress, gave DJ Peter Rosenberg a hug — making the peace official. Here is the pre-show interview.

She joined 2 Chainz for I Luv Dem Strippers and Beez in the Trap.

The most talked about moment of the evening though happened when Kendrick Lamar was leaving the stage and the lights went down.

A DJ cued up a song and a New York rapper started performing. that was none other than Papoose.

In a move that shocked and confused all viewers and the entire audience, Pap rocked through a whole song and almost immediately trended on Twitter all by his appearance on stage. Hot 97 is denying that they knew about Papoose coming out and said that it was Kendrick’s idea.

Why was Papoose on stage at Summer Jam XX? Papoose calls in and explains what happened.

At various points throughout the evening, Summer Jam titan Jay-Z (who was backstage with his wife Beyoncé) was rumoured to be coming out to perform his verse on Lamar’s “B**** Don’t Kill My Vibe Remix”. One hip-hop publication posted a photo of set times as proof that Drake would get a full 15 minutes to show off new material. Yet neither of those panned out.

If you missed out on the live stream yesterday, you can watch the recorded sets here:

Though it was raining at Summer Jam XX, and eventually lightning shut it down just moments earlier than expected, the biggest thunder still came from the crowd when French Montana wrapped up his closing set with Pop That and brought out Rick Ross and Lil Wayne.