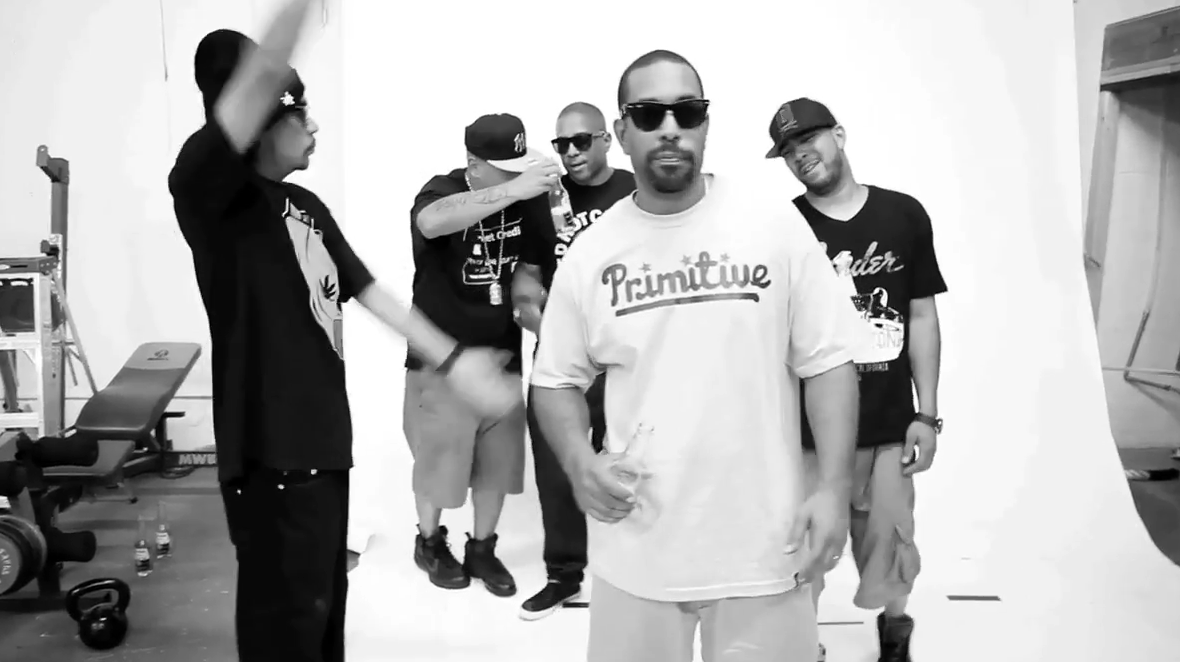 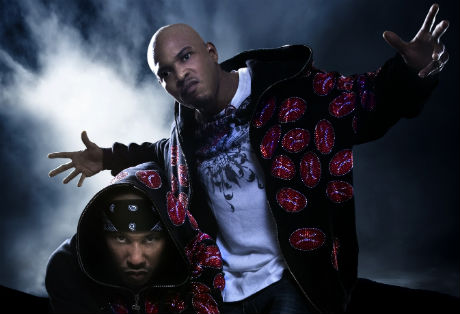 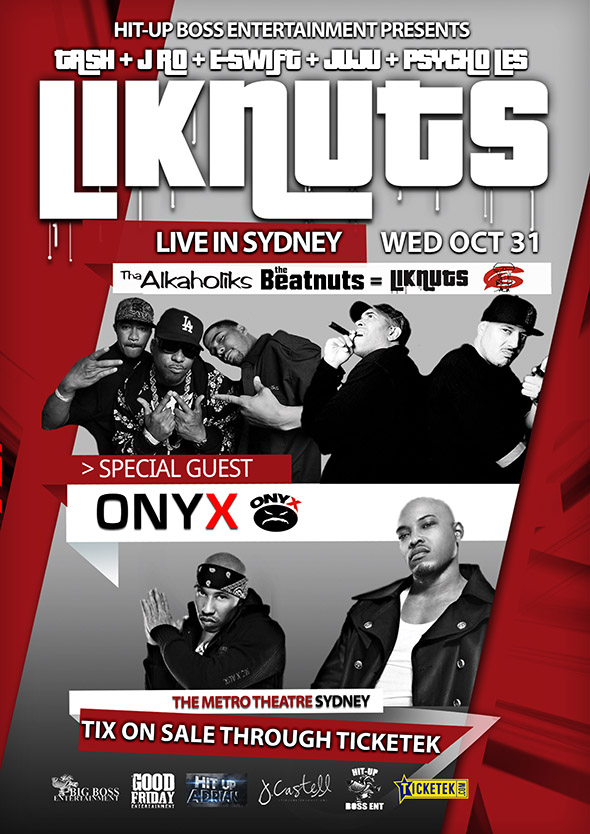 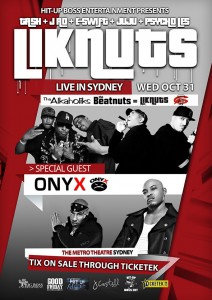 Liknuts is not a lewd act that is banned certain cities, although it soon could be. It is in fact the name of a new hip hop supergroup, which brings together legendary groups The Alkaholiks and the Beatnuts.

With their debut group album on the way this hard partying East Coast/West Coast crew wants to celebrate by coming to Australia. They won’t be alone either, as fellow legends Onyx (Fredro Starr and Sticky Fingaz) will bringing their brand of ruthless aggression to the party. Watch the video for the first Liknuts single Grumpy Crocodile below.