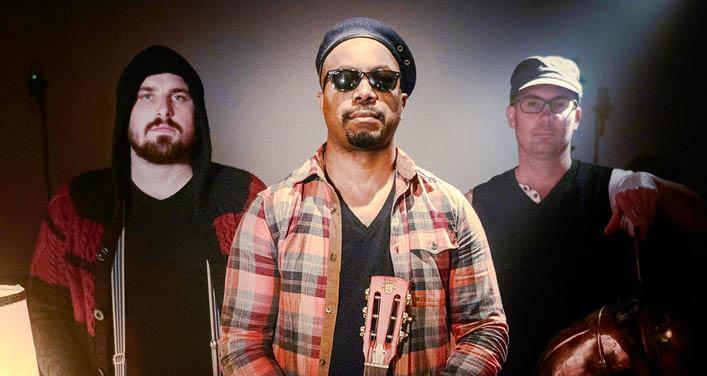 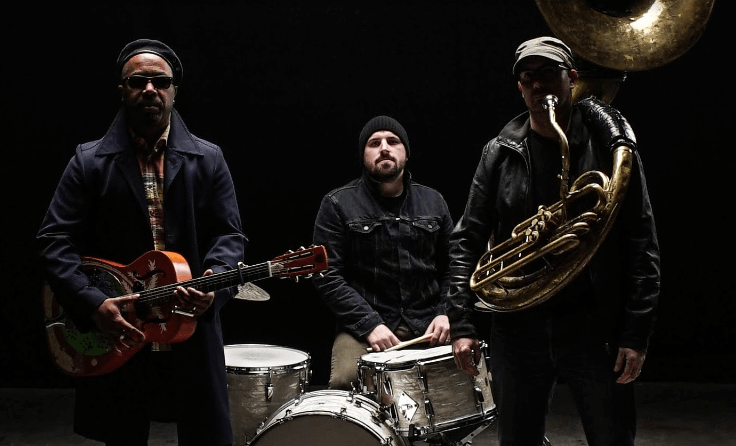 They’ve also shared the video for new track Can’t Let You Go, its visual narrative conveyed via playing cards and musically encapsulating the album’s themes. As the band explains, “In this song we move closer to the core subject of the album, that of working with the cards you’re dealt. The lyrics are a reflection on how Napoleonic slaves, freedom fighters of Guadeloupe, managed in the great poker game, sacrificing their personal feelings to the cause. ‘I don’t want you to go and fight but I know you have to. Good hand, bad hand, who deals the cards?‘”.

Composed of frontman Pascal Danaë, drummer Baptiste Brondy and sousaphone player Rafgee, they loosely describe themselves as a blues trio. The dynamic group crafts their own music style via their cultural, historical and emotional roots – the missing link between French, Caribbean and US musical culture.

Inspired by and from where they take their name – the influential figure of Louis Delgres who was instrumental in the fight against colonial slavery looms large on the album.  Anchored in history, the resultant album is a brilliant representation of their own personal journey, the music both in broader terms and closer to home is a portrayal of rootlessness, struggles and exasperation that exists still to this day just on another page.

“Songs that envision blues with rawboned guitar riffs that could suddenly reveal the staccato intricacies of African and Afro-Caribbean guitar styles.”  –  The New York Times

An absorbing musical adventure, emotive and powerful, Mo Jodi revels in its instrumentation to provide an invigorating collection of songs that is a wonderful entry into the world of Delgres.