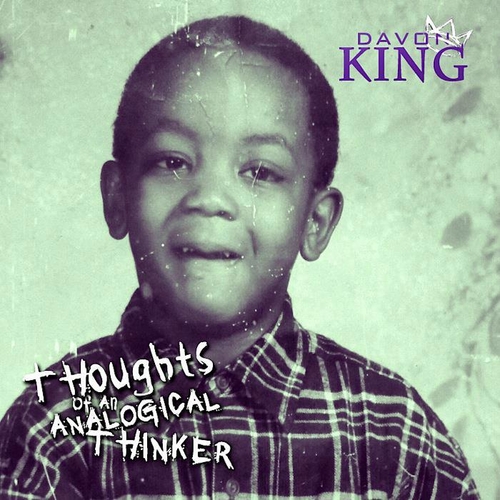 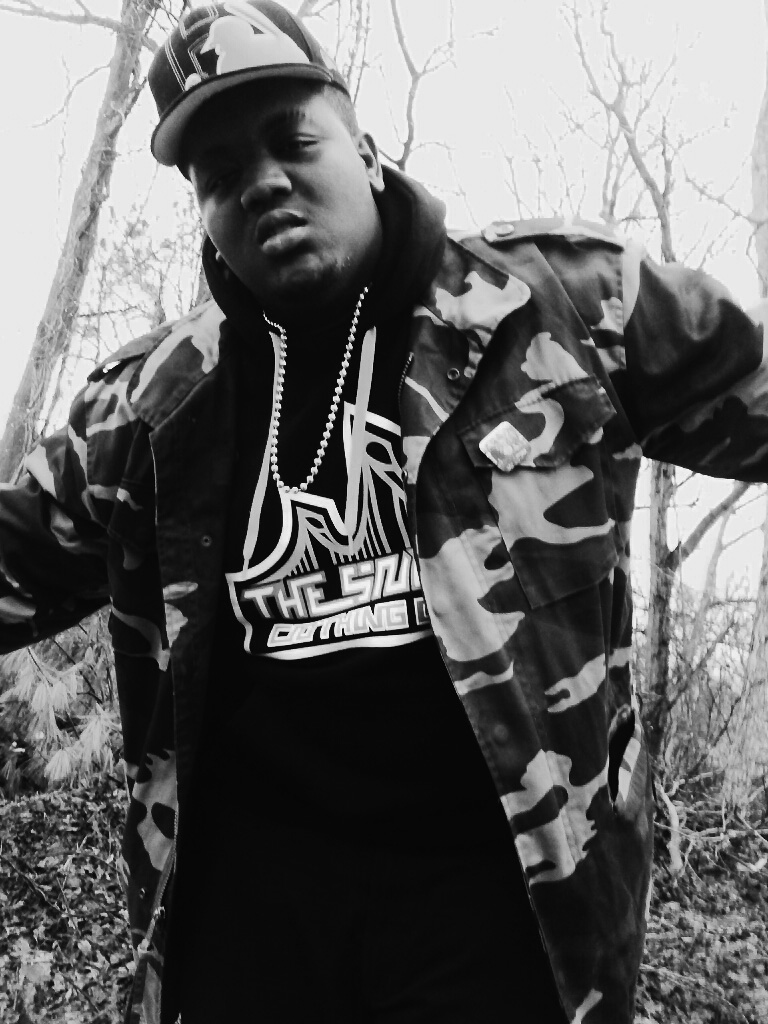 The talk of this generation, especially in the United States, has been what has happened to hip hop? Where have the real instruments and substantial subject matter gone? As a matter of fact, what happened to the New York influence? Well, here comes 19 year old Davon King, fresh out of high school and making his mark in hip hop history. Straight out of Long Island and rapping since he could speak, at the age of two, King just might be what New York hip hop has been missing. Kicking off his career as an artist while in high school, with his first mixtape Late Nights, Early Mornings, young Davon King has shown the talents of a soon-to-be legend in the world of hip hop. Dropping his recent mixtape Thoughts of an Analogical Thinker, he sat down and had a long chat with Stash Everything about his life and burgeoning career.

Let’s say people have never ever heard of you or your music, how would you describe yourself to them?

I would describe myself as something refreshing, something that hip hop is definitely missing. I think a lot of rappers now are talking about almost the same things in their music. There’s a lot of New York rappers that don’t necessarily sound like a New York rapper, so I think that’s what’s missing.

The flow, beats and sound on the new mixtape are different. Your last one sounded more mainstream, but this one sounds like you’re veering away from that direction, what made you change?

I found myself after Late Nights, Early Mornings before I got into Thoughts of an Analogical Thinker, even writing it. I was trying to venture off and be confined to what the radio was playing and trying to make my sound like that. Then something just hit me after listening to Nas and watching interviews with Nas encouraging and telling people to be yourself. That’s when I sat down and was like ‘no, I’m not comfortable, I’m just trying to be something I’m not.’ I sat back and actually thought of the songs for Thoughts of an Analogical Thinker and that’s when I really found myself—that tape is going to be something that’s classic to me.

What do you feel is the difference between the last mixtape you made and this new one?

Late Nights…, I like that mixtape, but I felt like it could’ve had more topics. When I listen back to it I felt like in some of the songs I was speaking about the same things or saying similar lines. I wanted to reach more topics and have more fun with it,  I felt that also, Late Nights… was more personal. I felt like I was talking about the struggles of life, being in a single parent home, but with this mixtape, if you listen you won’t hardly hear that, most of the songs are different topics. There are some personal stuff, [such as] Matter of Time, which is about rollin’ with the homies, and songs about hollering at a chick that’s older than you. I feel like, I definitely have a lot more topics and that’s something I wanted to improve on.

Did your family always support you fully in trying to be an artist or did they try to persuade you to try something else?

My mom was always a big influence and she still is…when I was doin’ it when I was younger, from 13 to 15, they knew I rapped, but they really weren’t into it as they are now. They weren’t taking it as serious, I think they just felt that it was a little hobby. Now they’re into it and they come to every show. They’ll buy the mixtape even if I give it to them for free; they’ll buy it because they just wanna support [in] some way. I have a big family, so now everybody is just into it.

How do you plan on handling pressure in the industry in regards to the inevitable fame that comes with it?

With me I think I’m like how Jay-Z and Beyonce’ are—they keep everything enclosed and inside. Being able to handle the pressure I think is just staying well grounded and keeping positive people around you that’s going to tell you, ‘don’t let it get to you.’ I think just keeping my mom, my loved ones around me, staying focused, enclosed and keeping everything in the circle…would just help me deal with it. I think a lot of rappers have too many ‘yes men’ in their circles, they don’t have people that are going to be honest with them.

What kinds of things would you avoid in your music?

Definitely degrading women. I don’t like to do that, you know, call women out their name, will definitely avoid doing that and fabricating in my lyrics.

What type of changes would you like to see in the music industry?

Definitely, better topics; I get tired of hearing ‘I popped a Molly, I effed your girl and I send her back home to you.’ I feel like, the only rappers that are keeping it alive are like when you listen to Nas’ album Life is Good, J. Cole—he’s got songs about getting a girl pregnant or like Kendrick Lamar, and people like that. But, I feel like if you listen to, not to throw shade on them, but MMG [Maybach Music], every new song almost sounds alike. I feel like I want to hear something different, more uniqueness. Kendrick Lamar’s new album is crazy, it doesn’t sound like no album that came out, I just want to hear more unique and better topics that everyday people can relate to. When you sit and listen to the radio, it’s the same topics every song… I think a lot of young people are growing up in this age so they hear rappers like Lil Wayne, Nicki Minaj they don’t really want to hear… like a lot of my friends, when I play an Eric B. & Rakim  song, they’ll be like ‘man turn that off’ they don’t really want to hear no Illmatic, they’d rather hear a Lil Wayne album.

Sometimes when passions become work they are loved a little bit less because it’s work now. So do you think that this will happen to you? Do you have any other passions or goals you’d like to work on other than being a rapper?

Do you feel like you’d be forced to change your style as you become a veteran in the world of hip hop?

I feel like with Jay-Z and stuff, you do gotta change because he’s not on the block sellin’ crack, so he can’t really talk about that. Also, Jay-Z probably has a lot of obstacles—if I’m 30 years old and I just had my first child, I can make a song about that and there’s so many millions, thousands of dudes that’s having their first child. You can talk about stuff that you see on the news daily or you have obstacles still in life, I mean nothing’s perfect. I think I’ll always have something real that people can relate to and talk about. I think I wouldn’t change up but I’ll definitely mature and have more mature topics to talk about.

Do you know when you might put out an album?

Actually, me and the head of my label were definitely talking about getting in the studio and working on an album. I haven’t put a date or a time on it, so I’m not really sure, I’ll definitely be in the studio working on it and it will be coming soon hopefully.

Are you doing any shows outside of New York? Are you touring?

As of now, my label [Hublot Music Group] is actually working on a tour, a little promo tour to get out the music, so hopefully soon… my label is in Atlanta and [so is] my management team…so we’ve been working back and forth over the phone from New York  to Atlanta. There’s a lot of stuff that’s in the works right now.

For more on Davon King visit his official website (http://www.davonking.com) and keep up with him on Twitter (https://twitter.com/davonkingmusic).