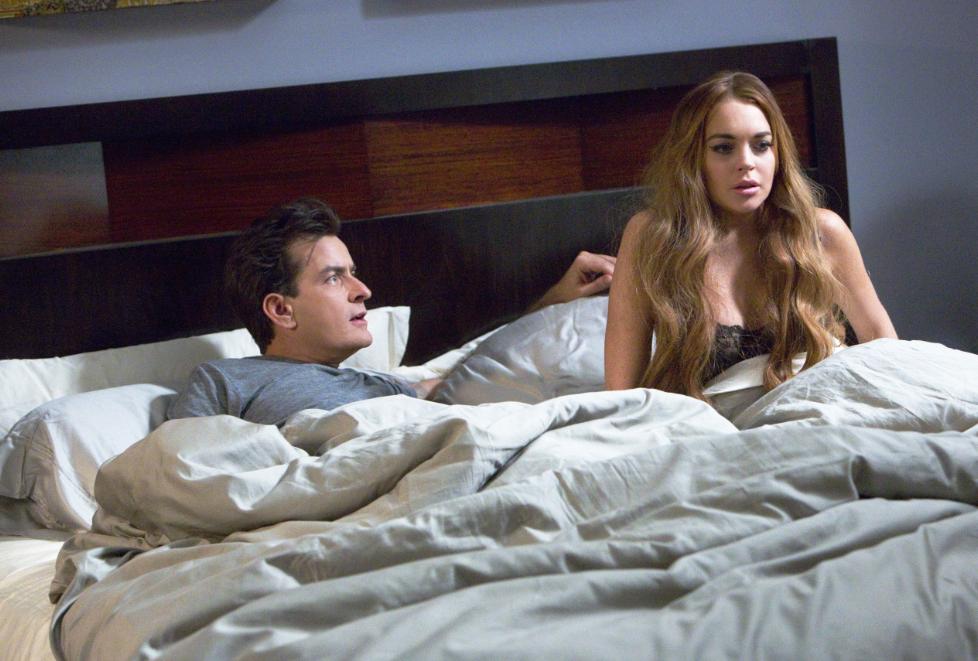 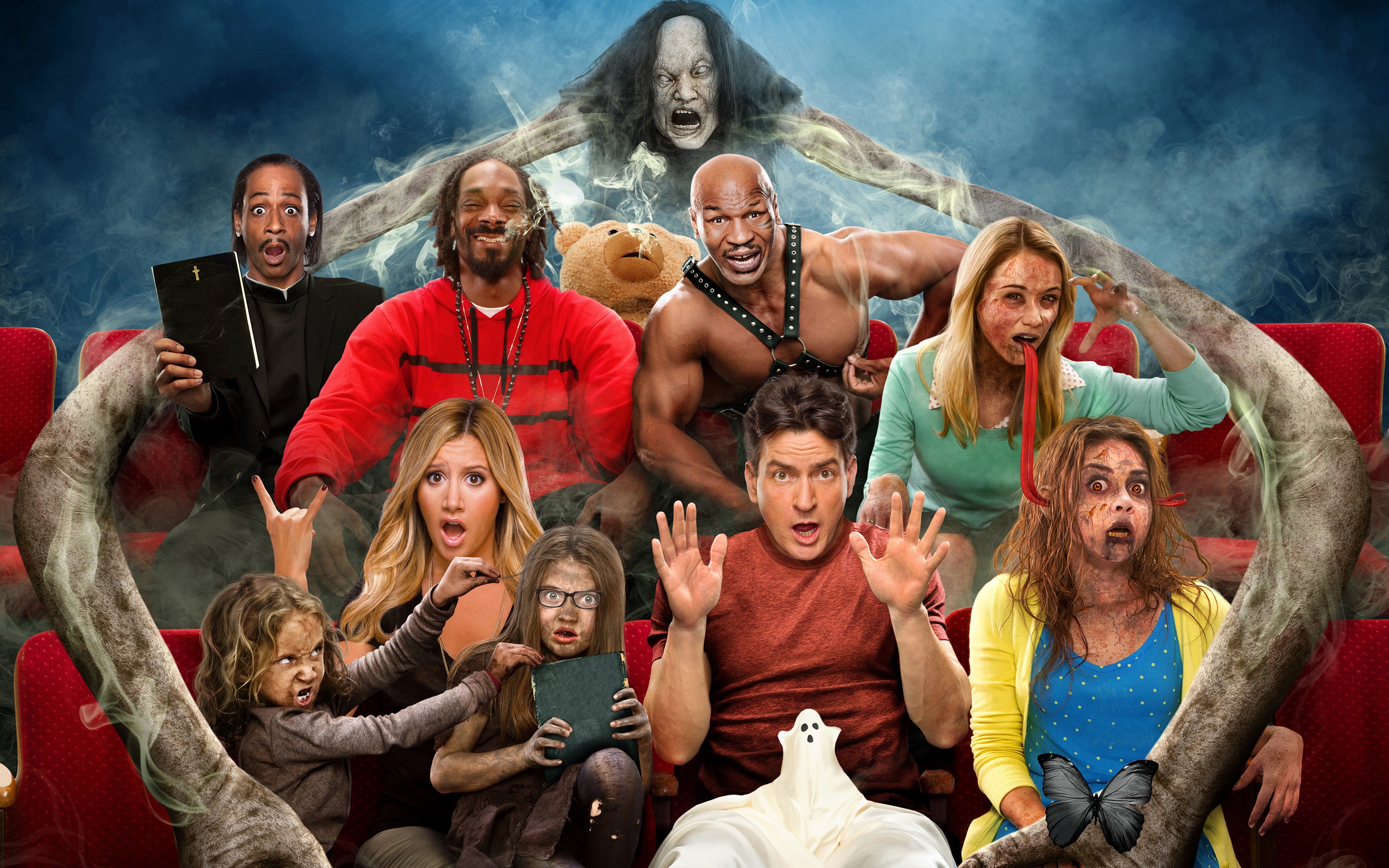 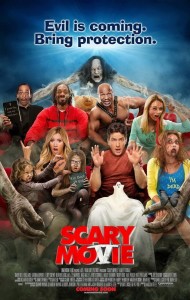 A new instalment in the Scary Movie franchise that has none of cast from the previous four films yet still manages to make a joke entirely based on Lindsay Lohan’s existence? Outrageous! Whacky! Too risqué for modern audiences! Despite not having any of the original cast, is Scary Movie 5 even remotely funny or just another montage of things hitting other things?

This is where the plot synopsis for the film mentioned above is meant to be, I’d mention the cast, give a brief rundown of the film’s story, no matter how complex or thin it may be then finish off the paragraph with some rhetorical questions. I can’t do that here. Scary Movie 5 has no plot, no story, no narrative anything. It moves from gag to gag without any relevance to anything that previously happened earlier.

Much like The Kentucky Fried Movie which was a series of skits, except Scary Movie 5 believes it’s a film that follows some sort of story, it THINKS it’s about Jody Cambell (Ashley Tisdale) wanting to become a ballet dancer but that’s merely a platform for Black Swan gags. Jody also is responsible for looking after three children that aren’t her own who see ghosts, this isn’t a storyline however, it’s a cue sheet for jokes poking fun at the film Mama and finally, their house is rigged with cameras so we can laugh at how dumb those Paranormalegasomething Activity films were. The minute someone hits their head or falls over violently, we move on to another gag, in another setting, for no reason whatsoever. But were you expecting a meticulous heist thriller type plot synopsis for a film titled ‘Scary Movie 5’?

One gag in this film involves a haunted pool cleaning machine slowly and insidiously opening the backyard gate and about 50 other possessed pool cleaners show up and they have a party. Yes, a large collection of pool cleaners have a party with music and drinks. This scene goes on for six minutes and not once is it funny. It would have taken at least two days to shoot a scene like this, you’d imagine director Malcolm D. Lee shooting and devising a scene such as this one and an hour in thought to himself “Holy hell, this isn’t funny now, why would it be funny on screen?” but alas. During this scene I buried my head in my hands, literally and two people in front of me began to lean in next to each other and speak;
Person 1: Do you care to see how this scene or the entire movie ends?
Person 2: Um, not really.
Person 1: Then let’s get the hell out of here and have some sushi?
The next sound that was heard as they got up and left the cinema was the quiet voice of a tortured soul who sounds as if his balls got caught in the cup holder of his chair crying out “Wait”. This was me, and if you pay good money to see Scary Movie 5, it’ll also be you.

I, along with those around me wanted to laugh, and one laugh was had throughout the film’s entirety but you’d think all those involved would think to you know, be funny or in the very least an actual film? The second time I closed my eyes in the film was during the Inception gag which dies in the ass 30 seconds after they attempt it (Ironically I wished I hadn’t forgotten my cyanide pill at home) all I could hear was banging noises and people exclaiming “ow”, I had my eyes closed for almost ten minutes and those sounds never changed… even when I opened my eyes again. Yet, the 13 year old beside me was laughing hysterically, this is exactly what he wanted to see. What does that say?

Scary Movie 5 was not made for me, it was made for those who laugh easily and enjoy slapstick, even when it’s not a part a joke. This is not a film; it’s an 86 minute YouTube clip the annoying kid you genuinely dislike insists on showing you. When an actual movie surfaces, I’ll let you know.

You may also want to have a peek at these reviews: Jack Reacher, Django Unchained,  The Incredible Burt Wonderstone