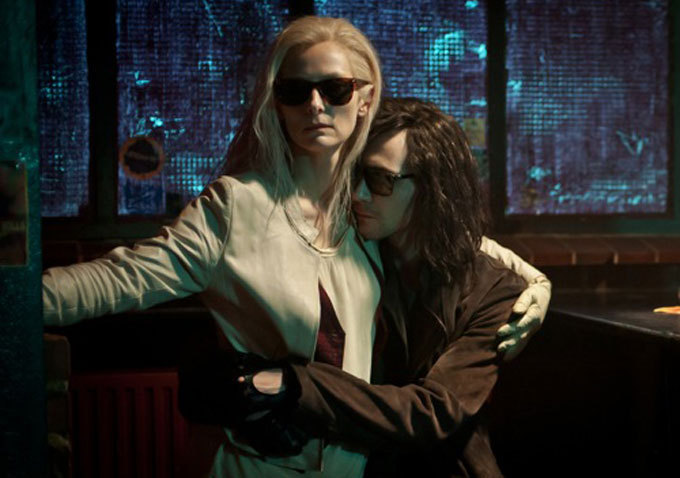 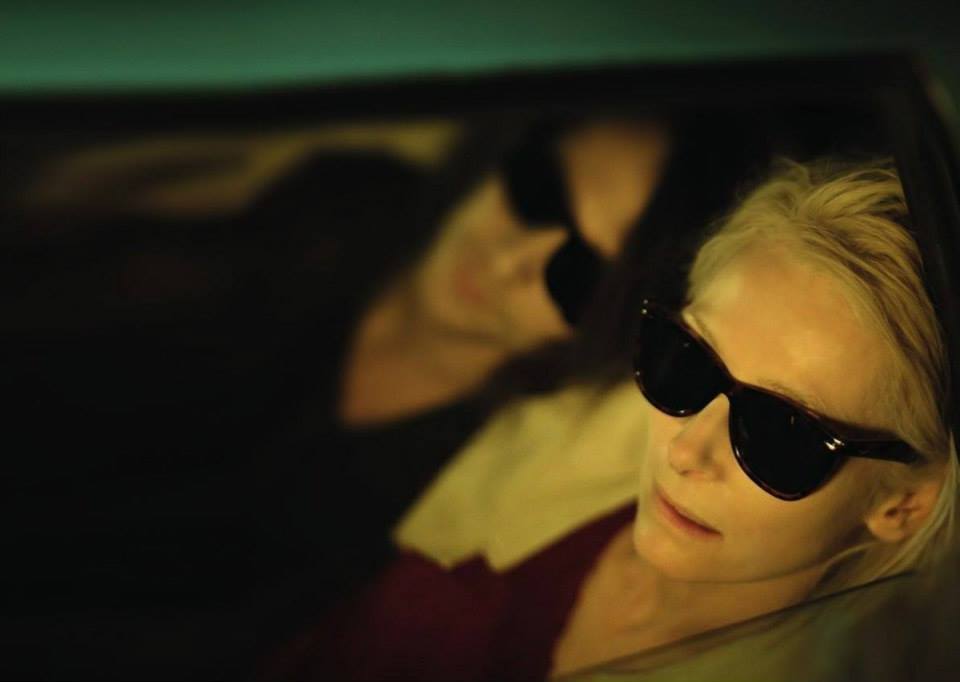 Tilda Swinton and Tom Hiddleston star are a married couple who just so happen to be vampires. They’re moody, they’re cool, they’re intelligent and philosophical, but they also happen to be hungry. Whilst contemplating scientists and theorists, they tend to also include their dinner within that mix and no, they do not sparkle or pout at thin air.

Adam (Hiddleston) has been a vampire for many centuries and each day is becoming more and more irritated by humans. The longer he’s lived, the colder and more pretentious he’s noticed they’ve become. He’s currently living in Detroit, making music whilst hiding in his home. The only contact he has is with Ian (Anton Yelchin), a long-haired, easy-going guy who knows who Adam is yet is sworn not to tell a soul of his existence and whereabouts. The other form of contact he has is with Eve (Swinton) his beautiful wife who is currently living on the other side of the world with her supplier and mentor, Kid (John Hurt), the oldest of the clan, who despite being well beyond his years in wisdom, has rapidly declining health. He cares for the well-being of Adam and Eve but is also aware of the trouble in keeping their identity and past a secret from the world. What could jeopardise this? Who invites themselves into their lives merely to cause trouble?

Jim Jarmusch, the renowned American director with the funny blonde hair is known for such films as Night On Earth, Ghost Dog: Way Of The Samurai (my personal favourite), Dead Man and Broken Flowers. He frequently casts Tilda Swinton and John Hurt; but beside utilising the greatest of actors our generation, his fascination lies in character and place. More specifically, using protagonists to venture into a particular environment that is unbeknownst to them or at the very least simply disagrees with their sensibilities. In the case of Only Lovers Left Alive, no place feels like home, humans that inhabit the earth are far too dumb or boring to even match Adam and Eve’s sensibilities.

Jarmusch’s last feature film The Limits of Control for this reviewer was insufferable to sit through in its execution of ideas for what made an infuriating and repetitive experience where we, the audience were the uncomfortable and unwelcome protagonist. With Only Lovers Left Alive, the amount of patience given and the adoration had for both Adam and Eve is borderline adorable. You’re witness to a writer admiring and developing his characters to the point that his unashamed love for them becomes more than evident, and the affection becomes infectious.

Only Lovers Left Alive is in no way plot driven, any and all progression operates via character motivation and action. So the true attribute to Jarmusch’s direction is tone, these vampires are smart, loving people who don’t feed on live humans as so to not have to interact with them. They speak of their favourite philosophers and scientists, they laugh, they joke everything the humans surrounding them do not do. The ultimate oxymoron which is even more apparent when their categorisation for the human race is revealed (but won’t be spoiled in this review). The uncompromising and morose vampire tale we’re accustomed to is merely a fallacy, or a by-product of the dull creatures that inhabit Adam and Eve’s existence.

All that’s stated above works to the greatest effect because of the beautiful screenplay by Jarmusch which revels in character intellect and interaction whilst wasting no time but never attempting to rush any details. But as well as all that was mentioned, it’s the performances, they’re calm, grounded, convincing and endearing. The talented ensemble cast wear their characters effortlessly and emphasise the multi-dimensional and caring aspects of each of their personas. By only a few minutes in, you’ll know each character’s name and their specific knack as if you’ve been introduced to them for hours.

Only Lovers Left Alive is sweet, patient, kind, respectful, loving and above all smart. You almost need to be reminded that they’re vampires from time to time as it’ll become the least of your concerns, but while we’re on the subject, it’s always nice to be reminded how vampires in film used to be represented and respected before corporate execs in suits decided to make them glitter covered children’s figurines.

Jim Jarmusch, we missed you.