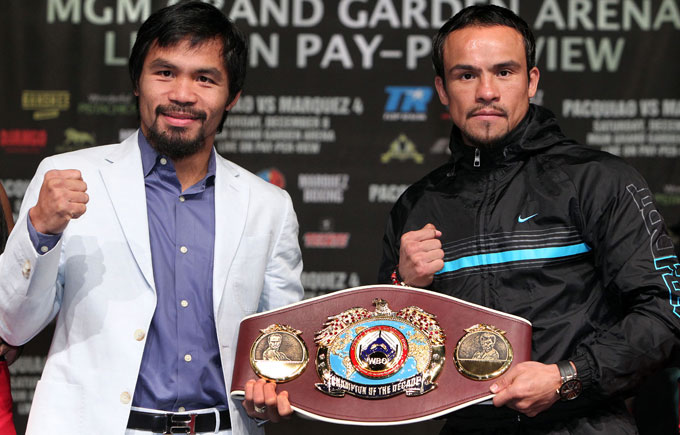 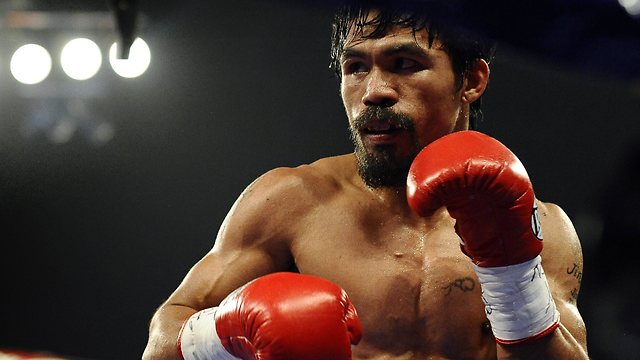 At 5:30pm local time on the evening of Friday, November 30, the people of Times Square fixed their collective gaze to the top of the NASDAQ Building.

The sight they, along with the subscribers to a couple of boxing websites, were treated to was that of the world’s most finely tuned athletic machines in the middle of intense training. This machine was Manny “Pac-Man” Pacquiao, preparing himself for impending battle over the other side of the country at the Wild Card Gym in Hollywood. This Sunday, December 9, Pacquiao steps into the ring at Las Vegas’s MGM Grand Arena for the fourth time against rival Juan Manuel Márquez.

There’s no point in beating around the bush, Pacquiao is nothing short of legendary in the world of boxing. Widely accepted as the best fighter of the last decade, only Floyd Mayweather Jr. has come close to usurping his title as the best pound-for-pound fighter in the world today. His success has earned him a near-godlike status in his native Philippines, where he serves in the House of Representatives as an MP, and has forged something of an acting career. He is the first person to win world championships in eight separate weight divisions, winning a total of 10 overall. His record stands at 54 wins (38 by knockout), four losses and two draws. He comes into the fight off the back of a loss to American Timothy Bradley, preceded by fifteen straight wins.

While the limelight may be focused squarely on Pacquiao, it should in no way take away from Juan Manuel Márquez‘s chances at scoring an upset  at the MGM Grand on Sunday. The current WBO Light Welterweight Champion, Márquez is regarded by many as being in the top five pound-for-pound boxers in the world today, and as one of the finest fighters ever to come out of Mexico. His record stands at 54 wins (39 by knockout), six losses and one draw, and he has won seven titles over four separate weight classes. His last fight resulted in him claiming the WBO Light Welterweight Title. This is a man who has knocked out Èrik Morales, Ricky Hatton and Oscar De La Hoya, three men Manny Pacquiao has failed to comprehensively defeat in bouts. He is not to be taken lightly in any way, shape, or form, and Pacquiao knows this.

The first three meetings between the welterweights have all ended in degrees of controversy, and despite a record of one draw and two wins to Pacquiao, none of these results have been widely accepted as correct. Pacquiao v Márquez I resulted in a stalemate, a decision hotly contested by the camps of both fighters, each claiming that their boy had done enough to take home the glory. Since that controversial night in Las Vegas, Pacquiao has enjoyed another two victories against Márquez, once by split decision, and in the third fight via a majority decision. Despite almost all the stats favouring Pacquiao’s claim to victory in this third bout, both onlookers and those in Márquez’s corner to put it lightly, negatively received the decision.

While this fight may not be for any title, and despite an apparent lack of bitterness in the rivalry between the two over the years, there is a huge degree of personal pride on the line for each of these two fighters. Speaking to the Philippine Daily Enquirer, Pacquiao stated that whatever the result turns out to be come Sunday evening, life will go on, and there are to be “no excuses”. The time has come to settle the score once and for all.

Previous Article Album Review: Rihanna - Unapologetic
Next Article New Year’s Eve – An Excuse To Party, or The Greatest Night of The Year?
×