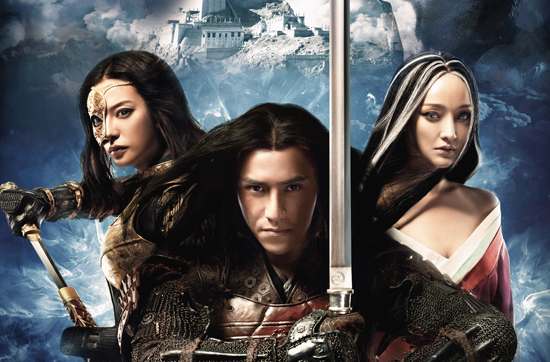 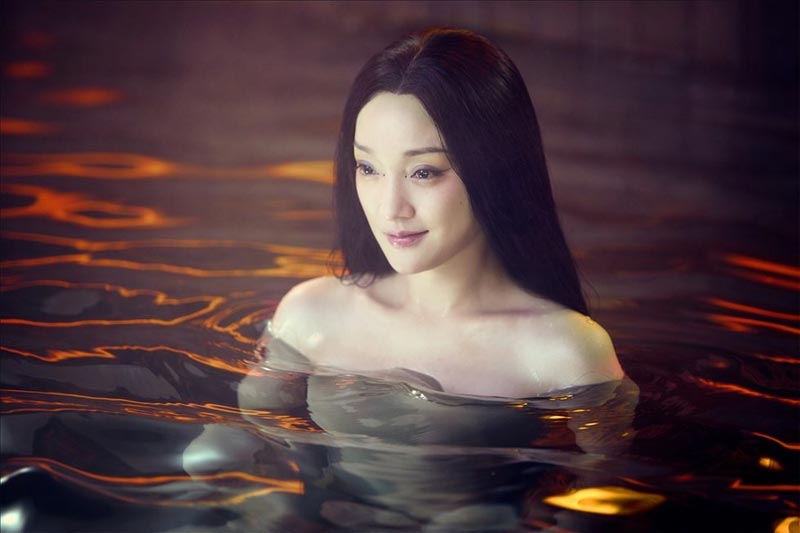 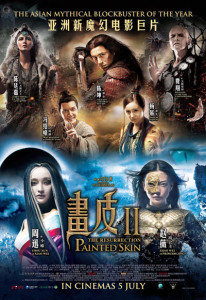 To put it as plainly as possible: this movie is bat sh*t crazy.  That’s not to say that it’s necessarily an unendurable watch or even a bad film, I just feel that in order to come out of this trip with some semblance of satisfaction you have to keep that in mind right from the first thunderous drum sequence that gets the story rolling.

All the synopses I discovered billed this film’s story as a relatively straight forward fantasy adventure involving an unleashed fox spirit’s quest to attain human mortality by attaining the willing heart of a man.  There’s a male love interest and a burdened princess who is being targeted by the spirit as a potential host in a bid to dupe the man into giving the spirit its required heart.   The narrative seems like a classic fairy tale with possible notes of Hayao Miyazaki (Spirited Away).  What you get is definitely more unique than anticipated.  To provide some context to my opinion I’ll give you a rough interpretation of the first fifteen minutes.

A frozen lady is released from her icy prison through the persistent pecking of a small bird.  She leaps out of her suspended state and bolts off into the distance.   Cut – to what appears to be the same woman (I think) lounging in a decadent carriage whilst tearing the heart out of some kind of tribesman.  Cut – now we’re back to the sprinting ice lady being beset by some anonymous armed horseman, but it’s alright because another horseman, clad in samurai armour and a ninja-style face mask, has come to the rescue.  They appear to know each other and he seems to be some kind of guardian.  As I’m trying to grasp the dynamics of their relationship while she serenades her hero by mandolin, an unclear force sends an ice beam into their campsite (whether this is related to the earlier attack is…completely unclear).  Fleeing to his side, our damsel grasps onto the guardians bicep causing her terror to turn into lustful pining with alarming speed.  Her emotional defects cause him to reject her advances and opt to sleep on an overhanging cliff face twenty feet above the camp, and so in logical retaliation she animates a deadly looking scorpion to slip beneath his breastplate causing him to fall to the ground rendering him unconscious.  Also, a phoenix/woman hybrid has just entered the shot.

Now while I gather this is a sequel to a previous film (a film I can only assume covered a lot more time establishing the plot and characters), it is remarkably difficult to understand what’s going on or who any of the characters are in relation to the story.  As the film progresses the narrative slowly begins to form a loose structure that does allow you to at least grasp who the major characters.  In fact, if you can endure the initial confusion Painted Skin: The Resurrection definitely has some positive qualities.

It has a dramatic score with a fantastic sound quality that flows seamlessly with well-executed John Wu-esque stop motion action sequences that any fan of the Kung Fu genre should enjoy.  Furthermore, the artfully choreographed fight scenes are thrilling to watch and visually appealing, enhanced by the vibrant colours of the clothes and set design.   It seems the real quality of this film lies in its style and sense of fun.

You may also want to have a peek at these reviews: Jack Reacher, Need For Speed: Most Wanted, The Master.