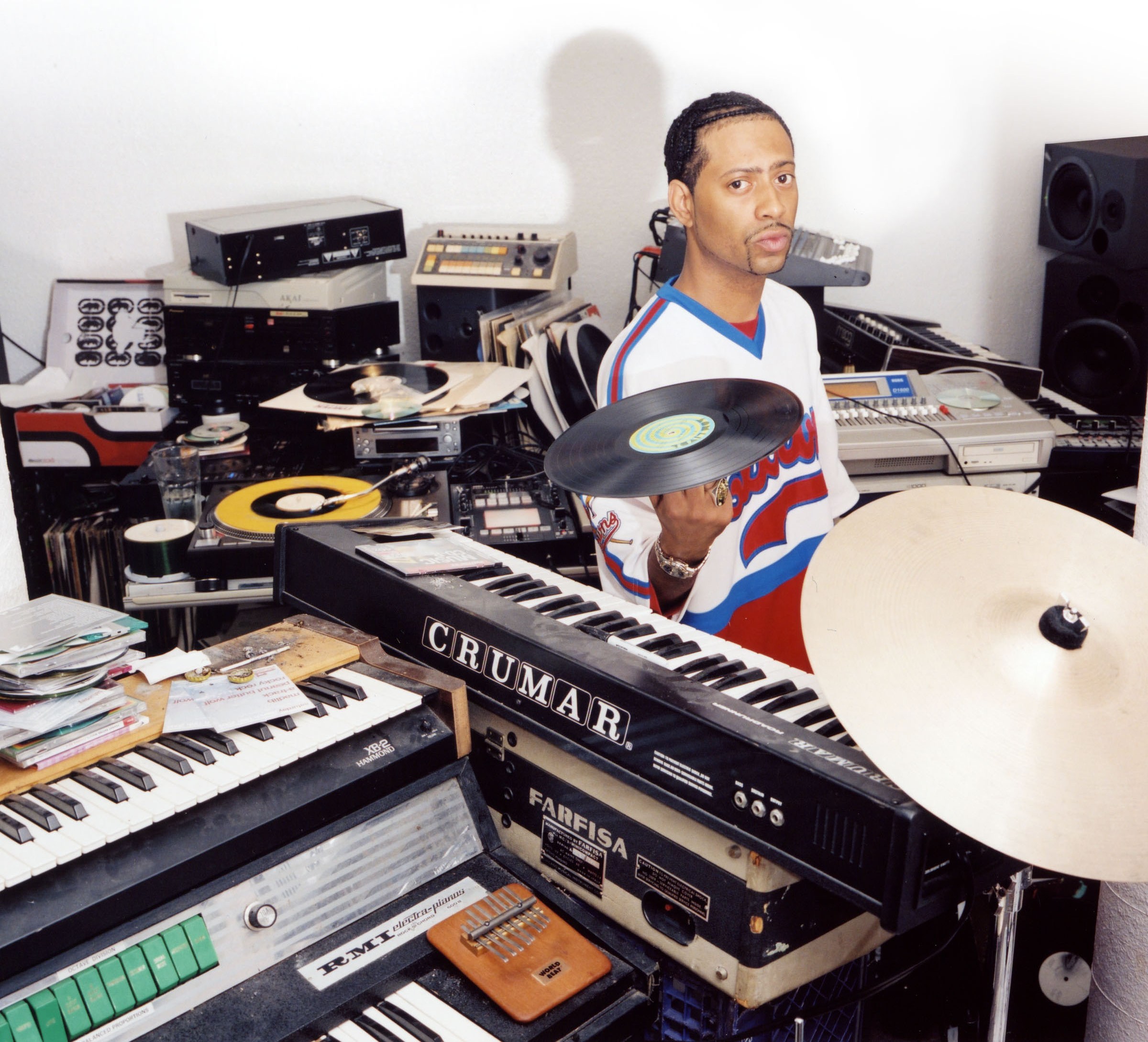 In 1949, Joseph Campbell wrote a book The Hero With a Thousand Faces, an account of heroic archetypal characters used in mythological stories and in turn applied to novels and films and eventually comic books and whatever.

Madlib, as we have come to know him, is widely considered a hero to Hip Hop music (despite being one half of Madvillain); and he certainly gets close to having a thousand faces, with monikers like *inhaaale* Ahmad Miller, Beat Konducta, DJ Lord Such, DJ Rels, Duma Peterson, Eddie Prince Fusion Band, The Jahari Massamba Unit, The Jazzistics, Joe McDuphrey and the Joe McDuphry Experience, Junior Taylor, Kamala Walker and The Soul Tribe, Kay Henderson, The Last Electro-Acoustic Space Jazz and Percussion Ensemble, The Loopdigga, Lord Quas, The Malik Flavors, Monk Hughes and the Outer Realm, Morgan Adams III, Otis Jackson Jr. Trio, Quasimoto, Russel Jenkins, Sound Directions, Suntouch, Tyrone Foster, Yesterday’s Universe All-Stars, Yesterday’s New Quintet and Young Jazz Rebel *exhaaale*. With so many names and personalities to choose from, his weapon of choice for 2013 has thus far been Quasimoto, with the release of Yessir Whatever. And for all intensive purposes, Quasimoto will be the name to stick with here.

Now the first thing one must know before entering Yessir Whatever is that it is not an entirely original LP, in that it collects some of Quas’ previous tracks from past records, along with unreleased material and of course, new shit. This could come as a downer to some, but considering the ever-expanding list of projects that the man has been a part of throughout his career, the chances of one recalling exactly are fairly low … unless you’re a purist who knows his work back to front and whatever other undiscovered dimensions exist within his music.

You’ll find that the album feels more like a time machine taking you into the past as it begins with more modern appropriations of Hip Hop – no, not trap, though in his hands he could probably reinvent it and make it tolerable for those who groan in disgust at trap. Boom-bap beats are evident through the entirety of the album’s 12 tracks barely scraping the half hour mark, except for Seasons Change and The Front which prefer jazzier and funkier inclinations rather than Hip Hop; otherwise, the album maintains the grittiness appropriate to old school Hip Hop.

The LP occasionally gets balanced out with some soft jazz and funk – unfortunately something that can be said for just about any producer of the genre, so apart from random sound bites and random instances of cosmic synths this isn’t exactly signature Quasimoto you are getting for most of the album; it’s still pleasant and raw with enough originality to remind you who you are listening to, but homogenous enough with most of its kind that were you not aware it would just drown in the sea of its like-sounding cohorts. Hardly a complaint, but one does have certain expectations when entering anything Madlib – even though that expectation is usually you not knowing what to expect – so it’s a bit of a let-down.

Where you do get trademark Quasimoto is in his rapping. The pitch of his voice is lifted to give him that alien-like comical rap persona which his lyrics do attune to…when he uses it, which is for only about half of the album. The rest is untouched vocals with merely serviceable filler lyrics akin to the old school aesthetic he’s undertaken. Again, raw and gritty, but nothing outstanding.

Yessir Whatever is a treat more so for the purists of the old school underground and relatively straightforward Quasimoto/Madlib rather than those who have found themselves gravitating towards his more abstract works in the past. It’s not a particularly unfocused LP, but where its focus is drawn is nowhere near as exciting as where the man’s magical fingers have been before; one might even almost call this a release which merely satisfies contractual obligations while Madlib cooks up something much more exciting behind the scenes. The album is still rich in everything that makes a solid Hip Hop record, but that’s essentially where the buck stops.