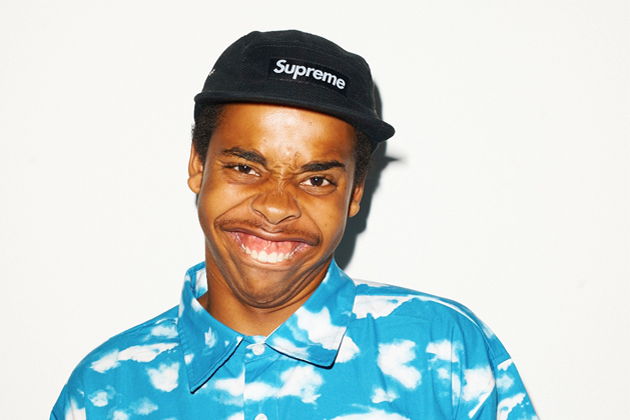 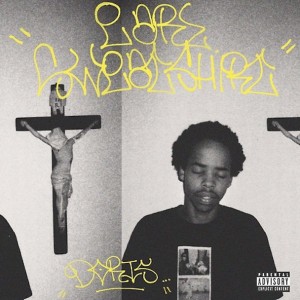 There have been plenty of things about Earl Sweatshirt that have made him one of the most talked-about members of Odd Future, one of which has been his removal from USA to Samoa for a period of time; all fans would recall the FREE EARL campaign, a welcome change in fact considering that whenever the rap community throws out the word ‘FREE’, it is unlikely that the following word will not be the name of an incarcerated rapper. So yes, he came back, we were all overwhelmed that OFWGKTA was once again complete and that one of the top three members *COUGH!*theothertwobeingTylerandFrank*COUGH!* could carry the torch fumbled by some of his otherwise sub-par substitutes. That’s the personal angle. Oh and his daring polarisation of fans with his outspoken opinion towards Jay-Z‘s Magna Carta Holy Grail (read our review here). Oh and also now it’s his new album Doris, the sophomore follow-up to 2010’s EARL.

The musical angle that has made Earl such a lauded artist (inside and outside Odd Future) is the symbiosis between: a) his confrontationally comical content, b) his knack for stringing together complex sequences of multisyllabic rhymes which form said content, and c) the ridiculously minimal amount of effort he exerts in making this masterful musical mishmash.

Earl is still highly proficient in his skills, even though the comical content isn’t as confrontational this time around. Call it maturity, boredom, or the realisation that controversy wears thin first and then plunges you into career limbo, but for whatever reason, Earl has dialed back the brutality of his subject matter and its expression; yes, hardcore OF fans, this does mean that you are not hearing the same Earl you heard just a few years ago. Though his random quips and attempts at some sentimentality are still entertaining – especially when he employs the assistance of the likes of Tyler, RZA and Mac Miller – it’s evident that he has one foot on necessary career ground and one in the comfort zone that brought him to fame. This transitional process of artistry doesn’t diminish the quality of his music, but it does significantly subdue it, failing to pull you by the ear like your grandfather used to whenever you’d mix whiskey into his coolant.

Earl‘s minimal effort shines over the album’s dark and blissfully lazy yet deceitfully complex production, compliments of Earl himself (under randomblackdude), Tyler, RZA, The Neptunes and Canadian jazz/electronica trio BADBADNOTGOOD. The album is ruled by the impression that whatever instruments you hear on the album – piano, keyboards, synthesizers, bass guitar, the whole shebang complimenting the album’s ‘trap-meets-dark-jazz’-influenced aesthetic – are all clumsily coming down from a good old-fashioned boozy bender; it’s kind of inadvertently what comes to rap mind when you think of the Tom Waits title ‘The Piano Has Been Drinking’.

Odd Future artists have taken this route before but have lacked the focus which makes Doris work so well, as if Doris is the end result of when you use alcohol to numb the pain of having to write a big-ass school paper and then you find that you are an unexpectedly highly-productive alcoholic and get the ‘A’ you wouldn’t get sober. Which is what Doris almost gets.

Each track has its own merits – but Earl‘s own incompletion of where he is as an artist succeeds in the promise of phenomenal things to come, but fails to give Doris a complete voice of its own; that said, you’ll be hard-pressed to come across another album like it for some time (unless of course other OF artists take from it), so just because Doris doesn’t have its own voice, it doesn’t mean it doesn’t have its own identity – it does, it’s just not as vocal about it.

You may also want to have a peek at these reviews: Tyler, The Creator, P-Smurf, Wale,  The Wolverine