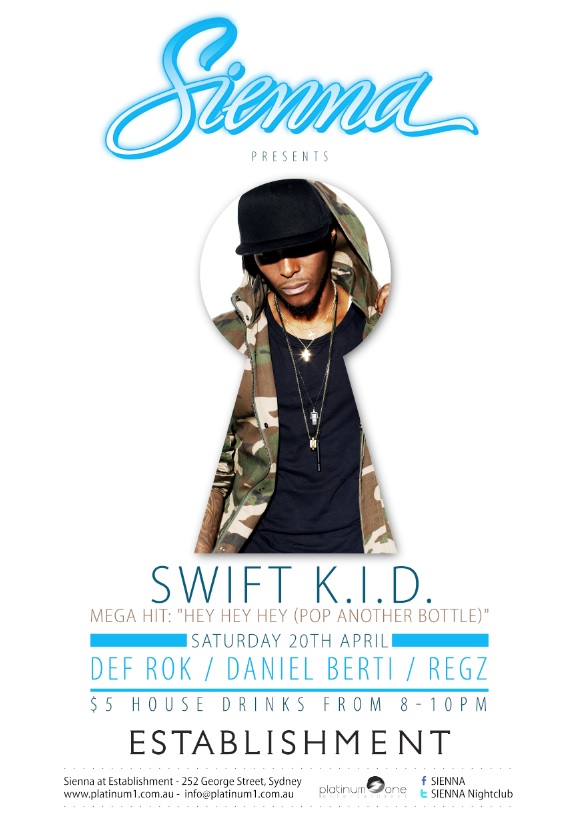 Keon “Swift K.I.D.” Alleyne (aka The North Fa$e) was born in San Fernando, Trinidad on March 31st 1986. This Canadian rapper who is originally based in Montreal, was raised by a single mother and as a young man had always wanted to be involved in some way or another with music. It was at the age of 12 that he finally decided to put his rapping and rhyming to work. Having been influenced by various rap artists such as Jay-Z, Notorious BIG and Jadakiss; their cleverness and originality which had drawn and inspired him. At the age of 15, Swift had astoundingly released 2 mixtapes that were made available throughout his hometown in Cartierville. By the time he turned 16 years of age, due to his rapid sales and the increasing demand, he had also earned both street credibility and a major boost of confidence.

When it comes to talent, he is an artist you can never predict what you’ll be hearing since he harbours a versatile style that is assorted with a little bit of everything from R&B to Rap. Whether it is commercial or profound, he will always decipher it in a way to keep it evenly balanced with catchiness and professionalism, leaving the people you least expect to be bopping their domes to his clever punch lines. With huge hits like “Hey Hey Hey (Pop Another Bottle)” and “Bed of Clouds” recently released featuring Guy Sebastian, you don’t want to miss this Canadian sensation.