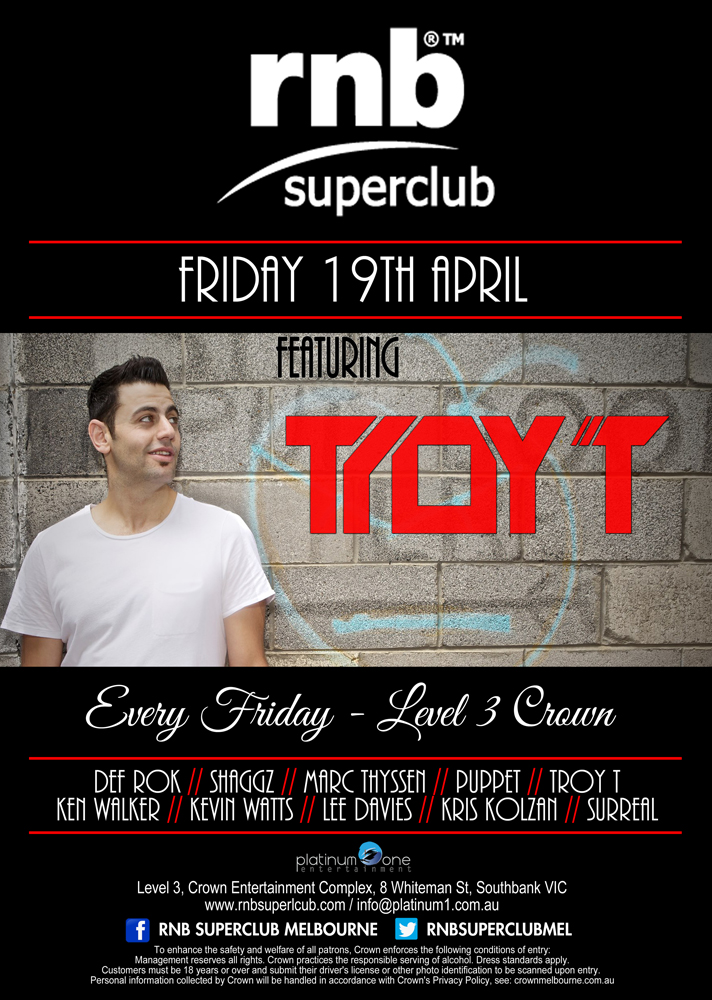 Featuring Troy T
Troy T has well over 16 years of DJ’ing experience to bring to the music scene. Starting off at a young age on Sydney’s premier Radio Show, Troy had already achieved what most experienced DJs aspire to accomplish at a later stage in their profession. He launched his thundering career in 1996 by spinning his records at Sydney’s house parties and performing gigs with other well established DJs to get a feel of what the mixing life can give him.

Troy has truly demonstrated and upheld his reputation as one of Australia’s finest DJ’s and it doesn’t stop there for our favourite DJ! Troy has rocked the crowd at many Major concerts and after-parties for such artists as Akon, Sean Kingston, Sean Paul, Pussycat Dolls, Salt N Pepa, Chris Brown, Usher, Snoop Dog, KC & Jo Jo, Next, 112, Ja Rule, Massari, La Bouche, Stevie B, just to name a few and festivals such as Good Vibes and Supafest. He has also performed at a number of well established clubs in Australia only increasing their crowd and club profile through his experience in the industry.