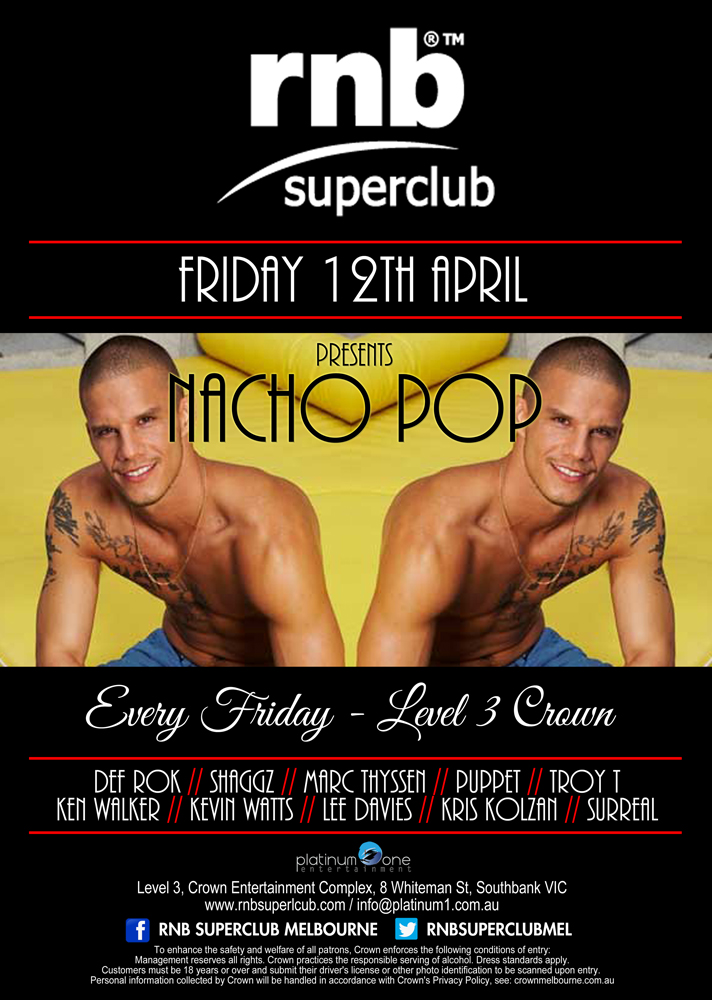 Featuring Nacho Pop
Not just a dancer, not just a dj, Nate “Nacho Pop” Mendelsohn has become one of Australia’s favourite television personalities and artists. His role as main hip hop choreographer on ‘So You Think You Can Dance Australia’ Seasons 1 & 2 launched him into the spotlight, and his fan base has been soaring ever since. However this seeming new kid on the block has been involved in the scene for much longer than his stage years

Having relocated from the USA in 1999, Nacho became heavily involved in Sydney’s budding underground scene both DJing and battling constantly in the hip hop dance community. It was from these roots that he gained his silent confidence and passion for the art form of street dance.
His place in the dj world was cemented when hip hop legends Guru, Supernatural and Pharrel Williams were all individually impressed with his set and enthusiastically demanded mixtapes.

In a whirlwind of television appearances and dance performances, Nacho became a sudden media figure. He was Cleo Bachelor of the Year Runner Up in 2008. He has also hosted the backstage segments of “So You Think You Can Dance” Australia and choreographed and opened the Sydney Fashion Festival. As an ambassador for Puma, his face is now bigger than life size on the side of billboards and buses Australia wide. Recently Nacho has been busy choreographing video clips for local and international artists like Marvin Priest, Justice Crew and Dane Rumble to mention a few, as well as the live dance component of Sexy and You Know It for LMFAO. He was the surprise guest dancer in 2012 for the Sydney Symphony “Vanguard” Launch and according to the Sydney Morning Herald, Nacho “single-handedly redefined the genre”.