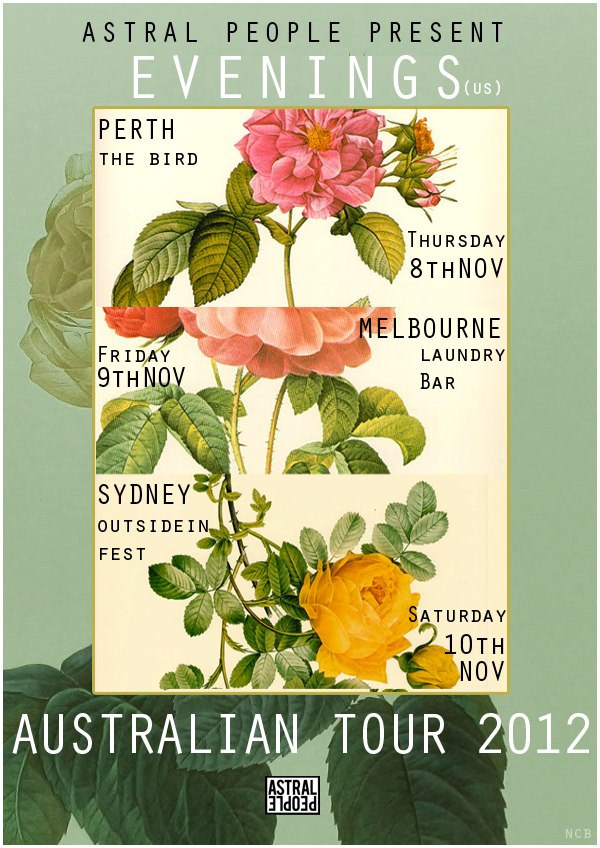 EVENINGS is the nightfall moniker of twenty-one year old electronic musician Nathan Broaddus, telling dreamy sunset stories in softly melodic brilliance. His work stands as consistently original and singular ideas, channelling the dreams you wish you had for the moments you don’t forget – nostalgic and sentimental with a hint of confident regret. Self releasing a debut EP ‘North Dorm’ in 2010 (created in a dorm room whilst studying music at The Un

iversity of Virginia), his debut LP ‘Lately’ was released via his Bandcamp to critical acclaim, counting hype-machines Shlomo and Shigeto as fans and collaborators. He has since remixed the former alongside joint tour slots on the east coast of USA.

Evenings is currently riding high on a wave of global acclaim, with tastemakers touting him on the frontline of a new wave of musicians setting trends and re-surging interest in nostalgic future music. Despite blissful electronic representations of thoughts and memories, he is one of the most exciting experimental producers to come out of the current soundscape, with global popularity to prove it.
Evenings will be gliding into Melbourne this November with a brand new live show destined to be remembered.

Through vague representations of his original material and a forthcoming EP set to explode his status, Evenings will bring his decorative and elegant productions into a live format to charm and delight his audience.