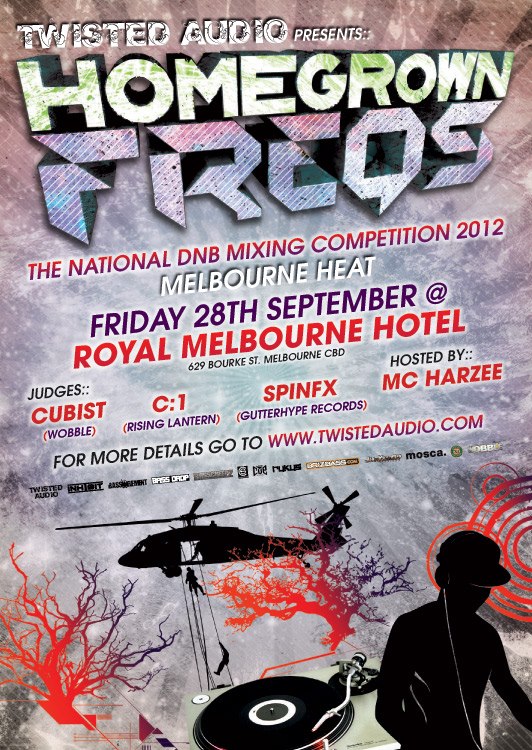 Twisted Audio’s ‘Homegrown FreQs’ is back again for another year to uncover Australia’s freshest untapped talents. Once more we’ve teamed up with some of the biggest crews from around the country to bring you the opportunity to showcase your skills and for a chance to be crowned Australia’s Homegrown FreQ for 2012!

We’ve worked hard and organized 6 LIVE regional heats in all major capitals around Australia, with the finalist to be flown to Melbourne to play a set at the NYD ‘Tribe Festival’ alongside some of DnB’s biggest names! And when we say biggest we mean the BIGGEST!

Supporters will also get a chance to be part of this competition thanks to our online voting system in which you will be able to vote for your favourite from the top 6 DJ’s and help them become the ‘Homegrown FreQ’ of 2012!!

So if you think you’ve got what it takes to play with the big dogs, make sure you submit your entries before the close date in your state and may the biggest FreQ win!