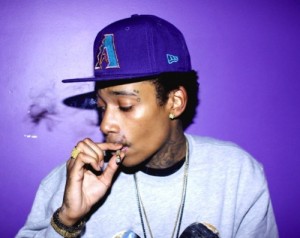 Wiz Khalifa fans, who can’t seem to get enough of the tattooed Philadelphia native, will have to wait a little longer for the release of O.N.I.F.C.

In an interview with Fuse the Taylor Gang boss revealed that his awaited second album will not be dropping until September 18. The perfectionist said he wants everything to be the best it can be and said he will deliver an album that will even make non-hip hop fans say “I’m a fan of that.”

In the lead up Khalifa will be re-teaming with longtime homie Curren$y for the Live in Concert mixtape, as they celebrate three years since their popular How Fly tape. A new Taylor Gang compilation album is also expected in October.