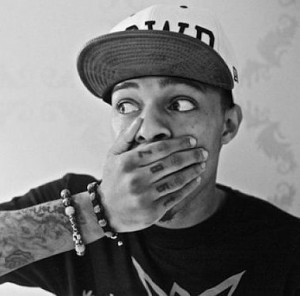 Everyone’s favourite former child rapper Bow Wow is having some grown-up trouble. He has found himself in the dog house with a new $75,000 lawsuit.

The 25-year-old is being sued by French adult film star Celine “Katsuni” Tran, who alleges that he stole some of her signature dance moves for his Drank in My Cup remix music video.

In the video a female dancer can be seen “engaged in intimate activities with Bow Wow”, supposedly using some of the same moves that Tran busted out in a video for French band Electronic Conspiracy.

Bow Wow and Universal Music Group are both named in the lawsuit, which is for $75,000 plus punitive damages for publicity rights violations, unfair business practices, false association and unjust enrichment.