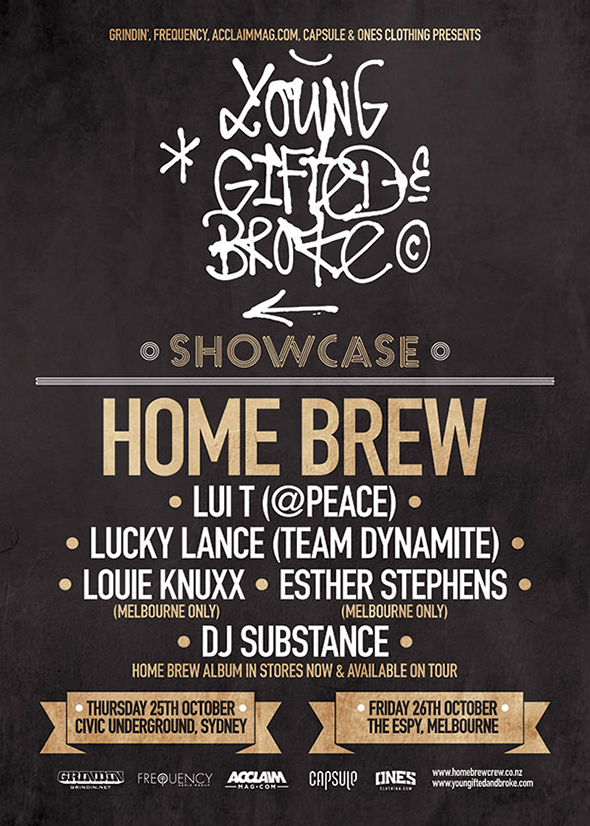 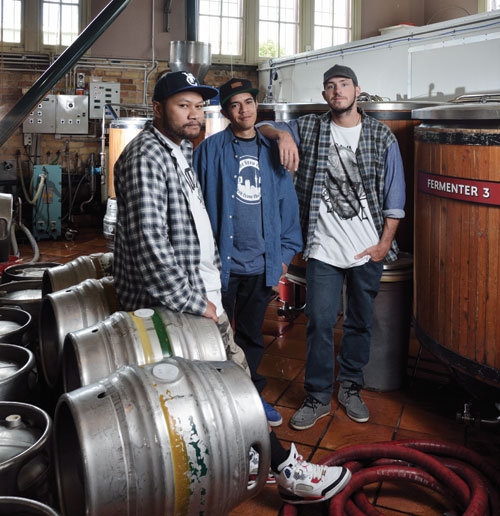 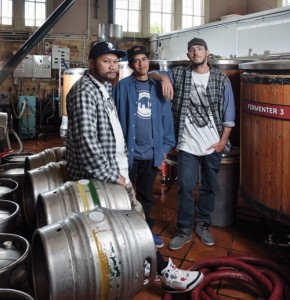 Proclaiming to be “the best thing since Jimmy Barnes,” New Zealand hip hop collective Young Gifted and Broke are launching their new project The Grey Tape in Australia with events in Sydney at Civic Underground on Thursday October 25 and in Melbourne at The Espy on Friday October 26.

Entry to Sydney show is $15 while the Melbourne show is free and will feature performances from group members Home Brew, Lui T (@Peace), Christoph El Truento, Side Steps Quintet, Lucky Lance (Team Dynamite) and others. The Grey Tape has already gone “double platinum in Auckland (24 copies)” according to the crew and this week will be released in Australia.

Limited edition copies of The Grey Tape will be available at both Australian shows for free or for free download starting on October 25 at .