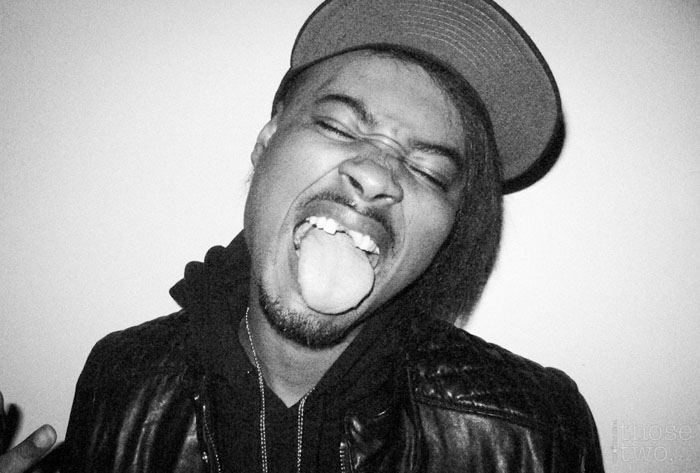 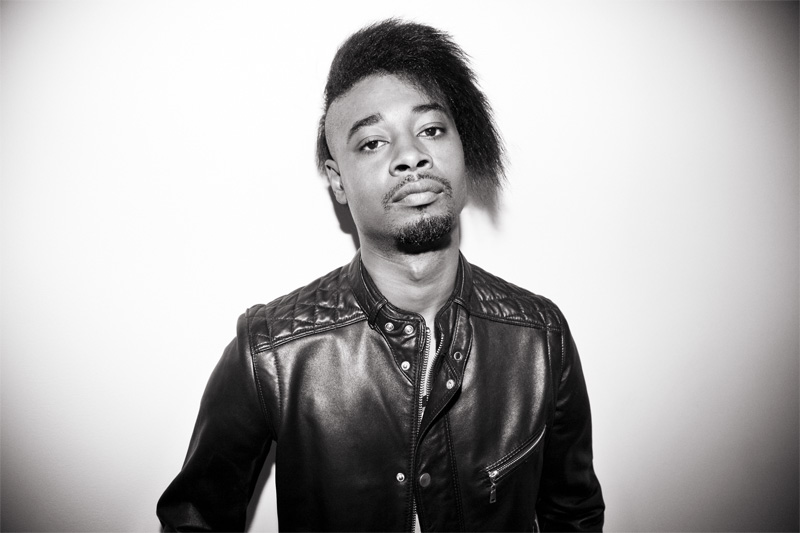 Attendees at Danny Brown’s Minneapolis concert were quick to display their disgust at the rapper, after he received oral sex from a female fan halfway through a song, and then kept on rapping.

Brown was playing the city’s Triple Rock Social Club as part of The Old & Reckless tour when he invited some female fans to get closer to him, according to AllHipHop. It appears that one girl got a little overeager, as you can see in this photo. (NSFW)

The actions of both the girl and brown brought shock even to rapper Kendrick Lamar, who couldn’t help but tweet his curiosity to Brown. Brown replied in trademark not-a-single-fuck-was-given-that-day-ness. 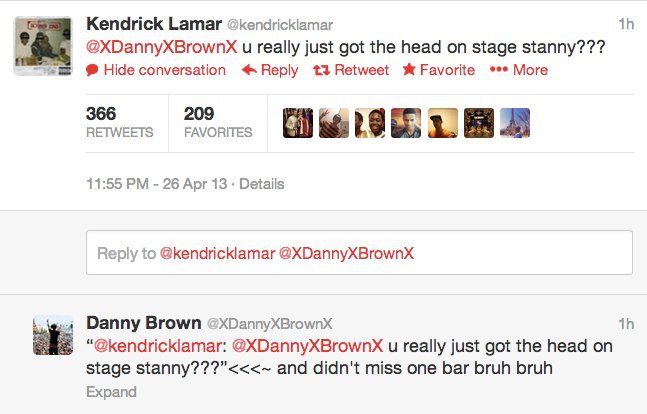 One concertgoer near the front row appeared to have an all too perfect view of what was going down on stage, and explained what happened.

“Then I’m behind her and I start getting pushed against her by the crowd shifting,” the fan wrote. “It horrible and i hope you guys will be donating to my future therapy sessions but also i came back with a story. He rapped the entire time during too.”