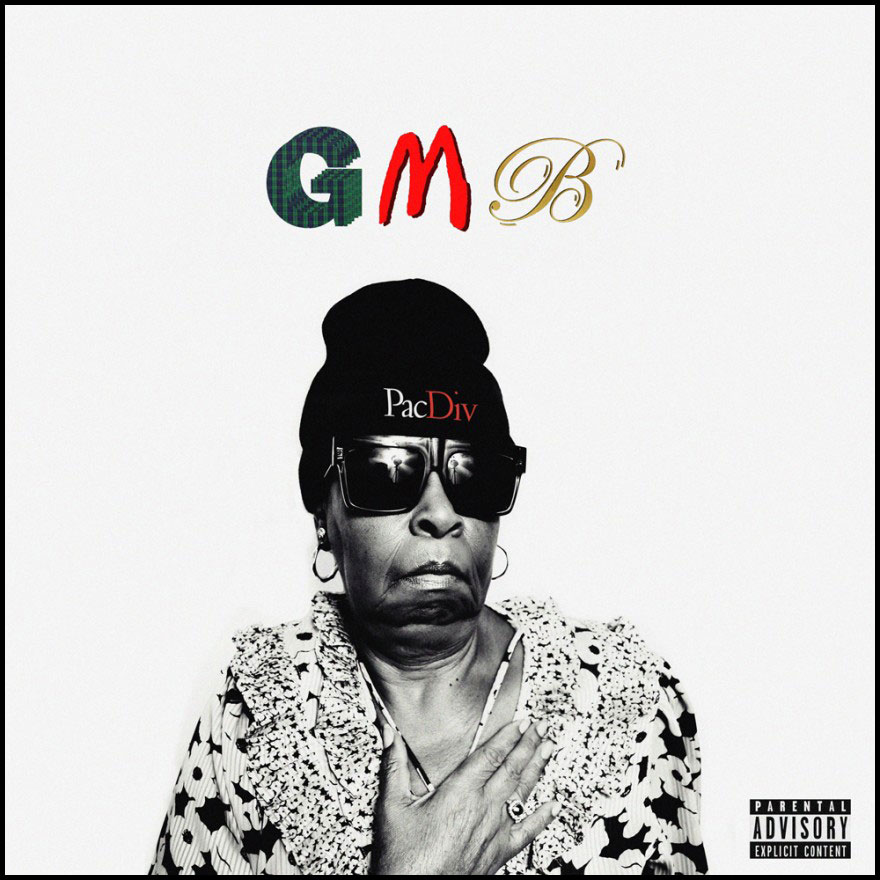 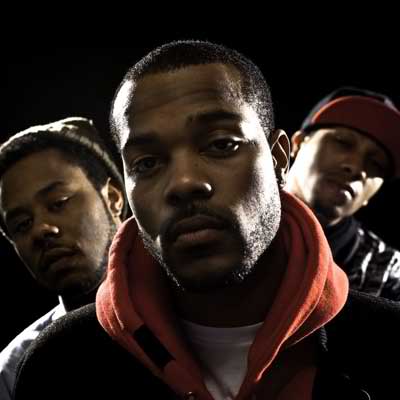 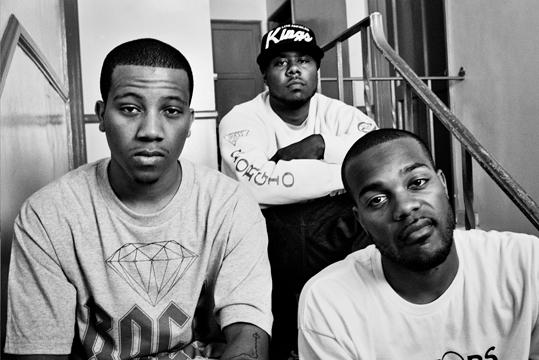 Hip Hop continues to show it’s better side, with refreshing new artists like Kendrick Lamar, who created a huge buzz with his major label debut, Good Kid, M.A.A.D City. Then there’s Pac Div, the Southern California-based trio who are ready to continue their ascension with second album GMB.

Their debut mixtape, 2006’s Sealed for Freshness: The Blend Tape, kicked their career off quite nicely, gaining them respect from hip hop legends such as Nas, Q-Tip, ?uest Love and Busta Rhymes. Their first official album, 2011’s The Div, further cemented them as a group to watch. We recently had a chance to chat with two-thirds of Pac Div, Mibbs and BeYoung, while they were in LA to discuss the new album, who they are as artists, and their perspective on the hip hop industry.

Describing their flavour, Mibbs said the group are “futuristic, throwback, west coast, hard bass; three rappers with wide perspectives on life.” Starting off as a group in high school, with more members than Wu-Tang Clan, Mibbs, Like and BeYoung decided to take rapping seriously and start a career. Although their parents raised them around gospel music, they didn’t have the typical church response to hip hop. “Our parents were serious too…they understood that we had music in our blood, so they were making sure that we had our business aspect down,” Mibbs explained. “They know how the industry works and my dad used to do music in his day and now the industry is way different than it was in his day.”

The album title, GMB, is an abbreviation of their first names, Gabe, Mike and Bryan, and is a reflection of the tone the songs take. “We’ve been around for a while and we treat every project like it’s a new beginning, but this project in particular… we named it after our government names because we want people to just get more familiar with who we are as individuals.”

The album follows the trio as they grow increasingly frustrated with their financial status and decides to rob a bank. “We’re tired of getting our money from McDonalds or whatever… that’s the whole idea behind this project, like, ‘let’s go get it’.”

Pac Div also collaborated with a few special names on the album, including Kendrick Lamar, who appears on the song Cross-Trainers. Commonly within groups there’s always a leader, but when asked who takes the lead role, BeYoung stated that’s not the case. “That’s the one thing about Pac Div, if you compared us to a basketball team, it’s like having a bunch of superstars on one team. Sharing a collective chemistry, he adds “we’re all capable of being MVPs—we share the ball.”

Often times, particularly within the music industry, the grass always seems much greener for those looking from the outside. When asked if their perception of being professional artists has changed since they’ve become artists themselves, Mibbs said he doesn’t believe so. “Our perception of being artists and regular people hasn’t changed because that was always one of the things that we took pride in. As regular dudes we already did cool stuff that a lot of people looked up to…we look at life as a whole perspective of, like, we know we can do anything we put our minds to and anybody else can too.”

There was no sudden rush of becoming the “cool guys” for this trio. “We were cool before any of this rap shit…We were those dudes that already got girls in high school, so this rap stuff is no different.”

Naming the likes of Nas and Joey Bada$$, they don’t shy away from talking about their inspirations while still taking pride in their originality. “We admire a lot of people for just doing what they do well and we definitely believe that there’s artists out there that look to us as inspiration.”

The opportunity to inspire people to be their true selves appears to be the key in what keeps Pac Div motivated. “If we can influence people to let them know that you can be yourself then that’s the biggest goal right there…just letting other people know that it’s okay to be themselves. As long as you do your own thing you can’t lose.”

Touching on the issue of balance and originality in hip hop, Mibbs affirmed, “a great artist has to have that duality factor. Michael Jackson made you party but then Michael Jackson made you cry at the same time.” Ultimately, he believes, expressing and exploring all the variations within hip hop will restore the balance. As far as the changes they would like to see for the future of hip hop, Mibbs said, “give some cats on the lower end some shine on a large scale.” He placed an emphasis on award shows, as far as who gets nominated and who wins the trophies.

After touring around Europe, Pac Div are planning for some shows around the US, including one with Snoop Dogg to start. There are a lot of artists in this hop hop industry and there can be pressure to sustain ones genuine intention of the art, especially since money can cloud ones vision. It is refreshing to know that there is new hip hop being created with originality in mind.

GMB is available now on iTunes. You can keep up to date with Pac Div, through their official website or on Twitter.