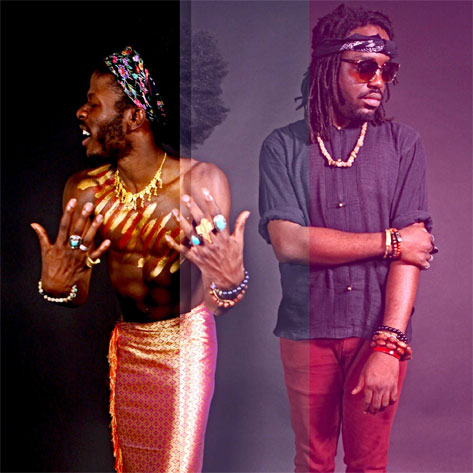 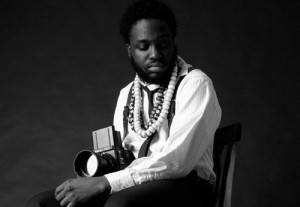 Producer and rapper, stylist and innovator. Brooklyn native MeLo-X pleads guilty on all counts, as both a solo artist and now in his new incarnation as one-half of the group Zulu Guru. His accomplice in this endeavour is fellow eccentric producer-vocalist Jesse Boykins III.

Starting November 5, Melbourne Cup eve, they will be performing three dates in Australia. We caught up with the MeLo man to discuss  his popular Azealia Banks remix, his musical approach, balancing his different projects and more.

Stash Everything: What type of response have you gotten for your remix of Azealia Banks’ 1991 so far, has it been largely positive?

MeLo-X: It’s been a blessing. I dropped the track during a recent basement party in Brooklyn and the crowd went crazy, singing every lyric, which may I point out is hard to do [laughs]. I also performed it in London at the Jazz Café with a live band and that brought a whole new energy to it. So the response has been great.

SE: What is it the draws you to the tracks you remix, what is the challenge for you?

M: The music I remix is usually music I hear myself on and music that can push me to a newer level. Hearing 1991 was like fresh air. Azalea Banks killed that track so much I just wanted to challenge myself to do the same. It definitely elevated me lyrically. As for my production remixes like Yuna’s Live Your Life (MotherLand God Mix), I use those types of remixes as collaboration. I attack the song as if the artist and me are in the studio together creating something new. I like my remixes to sound totally different from the original.

SE: Many artists take different approaches to their work. Would it be safe to say that you are emotionally invested in everything you do, can that be a draining process?

M: I am always putting 100% of myself into everything I do. The one frustrating thing is when I create something for a label that hits me up to do a remix and then they take it and never release it and never email back about the process of the remix. In those cases I usually release the track myself, then it blows up and they come running behind it as if they we’re supporting it from jump. Corny shit.

SE: With the success of past remixes like the Maxwell project are you in a position where you are now approached by artists to remix their work?

M: I am usually approached by record labels, who want to reach my audience or get a ‘’MeLo-X co-sign” for their artist. I love good music so when it makes sense I am always down to work on a dope remix for a artist. Sometimes though these labels just want to have my name attached to their artist and the music doesn’t fit or make any sense with what I’m doing. In those cases I can always tell they don’t really know anything about me but just see my name popping up in the places they want to reach. I do feel blessed to have worked on the Maxwell Remix EP and he has stayed in contact with me to remix his next album. That should be interesting.

SE: How do you balance your different ventures alongside the music, like the photography, is it important for you to have other outlets outside of the music?

M: I’ve always been a super-creative person. Since a child I was always doing more than one thing creatively. But even with that said I always take my time to fully master each and everything I want to create. I usually go with the flow. Sometimes I’ll be deeply involved with my Photography, like this past summer. Then I will have a week or month period where it’s all about designing and painting. I just follow the universe and move as it shifts.

SE: You have done work for Nike and other high profile companies, is it difficult to balance artistic integrity with the business side, do you like to test it?

M: The best thing about being an independent artist is that no one can say they made you. No one can say they were the reason I got to where I am. My talent and my focus is what got me to where I am today. With that said when companies approach me they have that in mind so automatically everything is on my terms. Of course they have bi-laws and guidelines to follow, but because I have built this core audience and following on a indie level, it can be more of a meeting of the minds rather than a hand out. On this level it helps them to be in touch with the youth culture of today and it helps me to have my name circulate on a larger level all while staying true to my story.

SE: Has it been a bit of a tough transition going from predominantly remixes and instrumentals to producing an entire studio album or is it a natural progression?

M: It’s very natural. I have been producing full albums since high school. It’s all natural to me. I just go with the flow. Doing a remix is always a good way to spread my name and it has been a blessing, but in between those times I’m always crafting something bigger and more official.

SE: When is your studio album coming out and what can we expect from it?

M: My first official studio album for sale will be released next year and It will be a mix of my mixtape More Merch and my instrumental album Fewture. It will be like a meeting point between those two projects. I wanted to create a album that fully expressed my creative abilities as a producer, musician and writer. The music is unlike anything I have done in the past and I am proud of it so far.