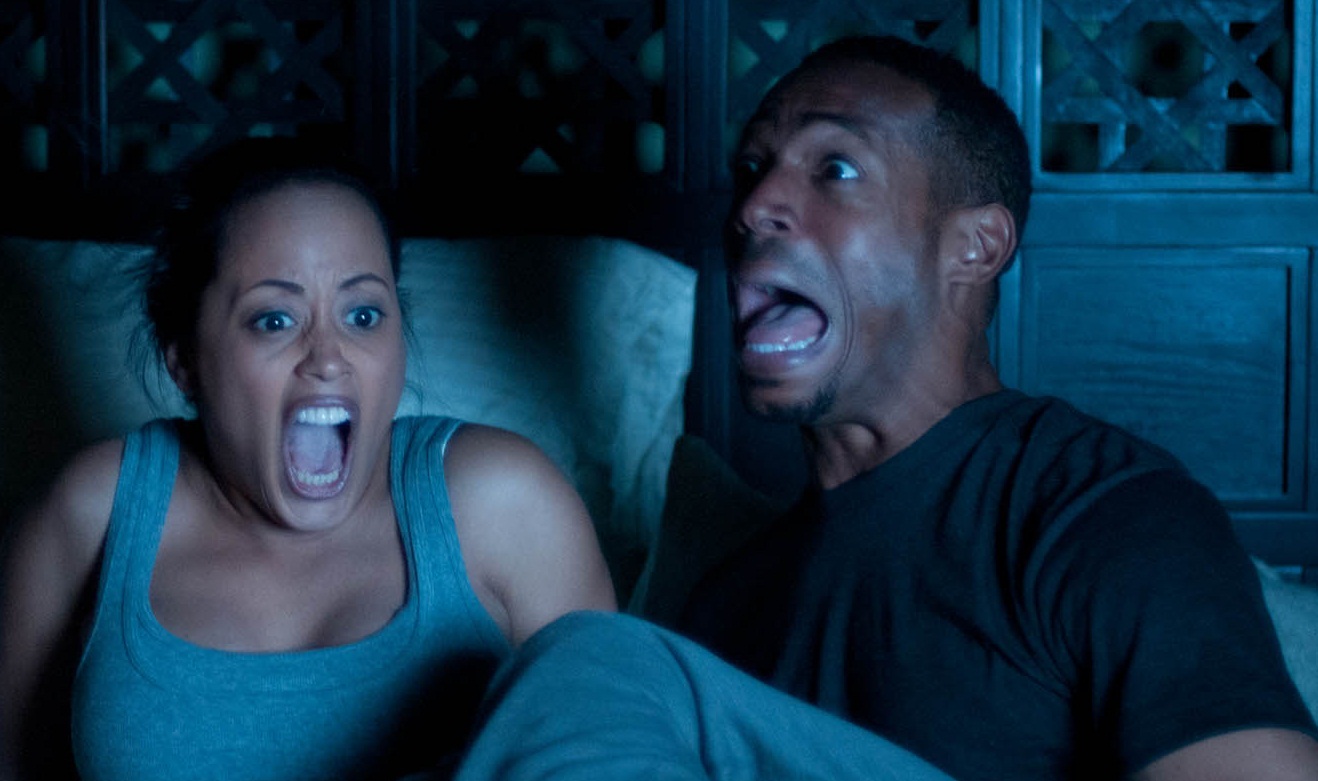 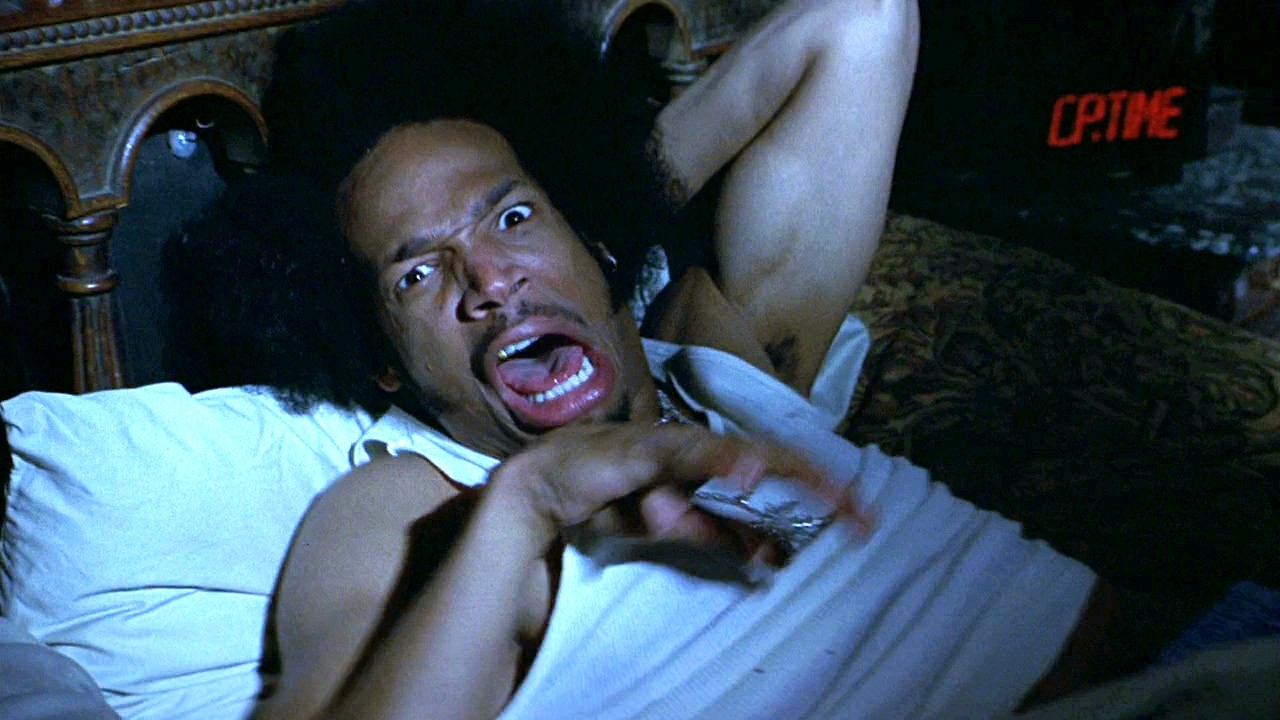 I, Chris Elena, having recently loved A Haunted House (while most did not) and being a huge admirer of Marlon Wayans (Scary Movie 1 & 2, White Chicks & Requiem For A Dream) got the chance to sit down with the man and ask him about his new film, critics, the Scary Movie franchise and exactly how this crazy-ass film business works.

He was recently in Australia touring with his brother, Shawn Wayans for some stand-up comedy shows and to promote, A Haunted House.

Chris: Thanks for taking the time out to have a quick chat and let me ask you questions about your latest flick. I have to say on the offset, not because I’m interviewing you, but I genuinely did enjoy the film, I know many critics have not.

Marlon: Thanks so much, man. And you know, with critics, I think when it comes to critiquing comedies, they should watch the audience first and go “Ok, so the movie wasn’t for me but the audience seems to love it.” Because, and not to disrespect critics or anything but with critics, they always seem to miss the mark with our comedies. We make people laugh and I think more consideration should be taken into how many laughs are had from an audience, including this one.

Chris: You’re used to making films with your brothers Keenan and Shawn, but you went solo on this one, could you mention how that came about and why you decided not to work with them on this particular project?

Marlon: Well I’m touring with Shawn in Australia at the moment so it’s not like I’ve ceased working with my brothers entirely but for this, it was a one man kind of deal. I mean, it’s about a couple, a guy and a girl, there’s not, it wasn’t conducive that my brothers would be involved.

Plus I think they wanted me to go out and experience something alone and be a big boy and I’m glad I did.

Chris: What about Michael Tiddes as director? I thought A Haunted House was directed better than a large number of comedies these days so I’m curious as to how he came on board or how you two met.

Marlon: Michael is from our camp, he came up from camp Wayans if you wanna call it, so it was a natural progression. We’ve been working with him for seven years

Chris: So, going the independent filmmaking route with A Haunted House, what inspired this decision? Other than creative freedom of course, I mean, I, personally could see a studio look at this and go “Nope, we want a PG-13” and just a generally ‘safe’ picture. Or was it simply easier to get it made that way.

Marlon: Because studios aren’t making movies like they used to so I went independent because I wanted to make something different, take a chance, take a risk and get gritty and get dirty and still see if I could make a movie that had studio quality jokes on Independent money.

Chris: In terms of the Paranormal Activity films, The Devil Inside, those demon slash devil possession film franchises that Hollywood’s desperately clinging on to at the moment, did you watch all of those sorts of films before writing A Haunted House or did you watch them as you were writing as to include close references to already written jokes?

Marlon: You know, it’s funny because the movie is more of a horror comedy with parody moments. I watched Paranormal Activity because I wanted to make a found footage comedy and as I was watching I kept thinking to myself, wow, why do people do really dumb things in these movies? And What if Paranormal Activity happened to a black couple? That’s where the idea for A Haunted House came from. Of course, you’ve gotta do research when you’re making something like this and yeah, It kinda wrote itself.

Chris: Which a lot of those jokes relied on the cast’s reactions much like the original films. Speaking of casting, did you have these parts already in mind when you were writing the script with Rick (Alvarez, co-writer)? Or did you write the script then think about casting?

Marlon: Well, I always write with people in my head but that casting never works out. But I think having a certain actor in mind helps you write better dialogue but once that’s done you have to divorce yourself from it being that guy or girl because chances are you’re not gonna get that actor that you wrote with in mind. So, they become blank faces and you set who would be best for the role.
Everybody who came in wanted to do it, everyone was game and it turned out I was blessed.

Chris: I was going to say, the casting of Cedric the Entertainer was a genius move and besides being so funny in the film, he’s this great and funny actor that’s hardly utilized these days. His character may have gotten the most laughs out of the audience I saw it with.

Marlon: Well basically, you spend 70 minutes with two people and they’re a couple but then here comes Cedric, to perform the exorcism and he takes it up a notch. And now, you have everybody, all the cast members in the last 15 – 20 minutes so instead of only two or maybe four people in the house you have the whole band, and things get to be a lot more fun, especially with Cedric starting it all.

Chris: I have to ask: in Australia, The first two Scary Movie films and White Chicks are almost constantly quoted and referenced from people aged 15 to 50 (not even kidding about the 50 year old). So, being as popular as they are here, I’ve had many ask me to ask you what happened exactly with yourself and your brothers helming the Scary Movie franchise and why you didn’t go on to make the third film?

Marlon: It, it was a combination of things. The Weinstein brothers kinda disrespected The Wayans brothers and gave the franchise to the Zucker brothers (Flying High/Airplane). For us, it was like “Look, we made you guys a lot of money and it’s very simple, if you want us to continue on, pay us X amount and we’ll do it.” They didn’t think our value was that and so, you know, they basically snatched the franchise and gave it to the Zuckers.

I watched it, and I have a lot of respect for the Zucker brothers, I was a fan of Airplane, but I just don’t think they worked with this franchise. It’s a different tone. But, I think over time, the audience knew that, they fooled them the first time, a little bit the second time but I think by the last one they just realized that this isn’t the same flavour that we, The Wayans Brothers signed up for in the first place.

A Haunted House in the end though proved to be the kind of thing people wanted to see. I mean, I made my movie for 1.7 million while they made theirs for over 40 million dollars and the box office is what it is. I wasn’t hoping it would fail but it is what it is. Scary Movie was a great franchise we created and loved and it was sad to see it end like that but we’re really excited to start a new franchise with A Haunted House, the sequel will be out on March 28th so there’s no bad blood, everybody made money and I wish them well.

Chris: I have one friend in particular who will always constantly quote that last scene in the first Scary Movie film with Shorty.

Marlon: (laughs) Thanks man, that means a lot.

Chris: And with A Haunted House 2, have you finished writing the script completely or still working on it as of now?

Marlon: I’m writing it while I’m touring Australia so as soon as I get off the phone with you, I’m upstairs on my IPad, I’ll open up Final Draft and uh, back to writing.

Marlon: Michael will be there as director, yeah. And I’ll be there of course along with Rick Alvarez.

Chris: Well congratulations on the film’s success, I have to be honest, having seen your film and finding it funny as opposed to recently watching Scary Movie 5 and being so horrifically disappointing, I can already see why it became such a huge success.

Marlon: Funny enough, on Rotten Tomatoes, my movie’s got a 6% and Scary Movie 5 has a 5% and I was sitting there going “Um, something is wrong” because that movie got no laughs and mine got a lot, so I think the Rotten Tomatoes are rotten.

Chris: I was with an audience for both films, yours had the laughs that Scary Movie 5 didn’t.

And a question I couldn’t avoid asking, you’ve worked with The Coen Brothers (The Ladykillers) and Darren Aranofsky (Requiem For A Dream) before, did that help you improve as an actor working with these directors or was it simply great experiences working with great directors?

Marlon: It was great experiences working with great directors, I learnt a lot. I learnt about different points of view as an actor and producer and even as a director. These guys are so meticulous about everything that’s within the frame. And with those films, as an actor, I wasn’t trying to be funny for funny sake, my reaction was funny to the situations my character was in. So I learnt not to play it up but to just be.

Chris: And just quickly, you were cast a few years back as Richard Pryor for the planned Richard Pryor biopic, is that still going ahead or is it really up in the air at this point?

Marlon: It’s way up in the air, I have no idea what’s going on. But I was given the part three years ago and ever since I’ve been hitting the stage, constantly. For three years straight, doing serious stand up. I started out playing a great now I want to be a great and thank God for Pryor. Touring Australia and doing stand up has also been helping this.

You may also want to have a peek at these reviews: Jack Reacher, Django Unchained,  The Incredible Burt Wonderstone