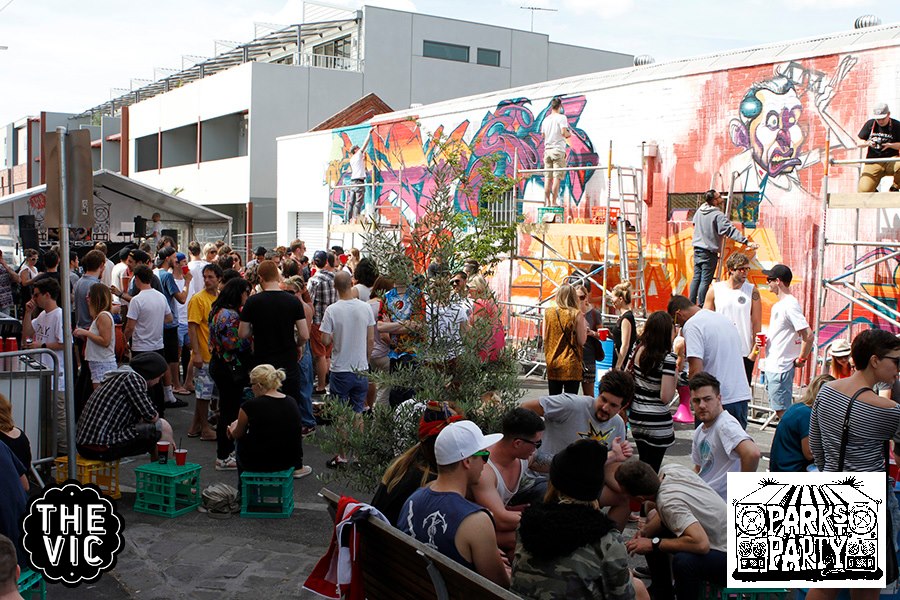 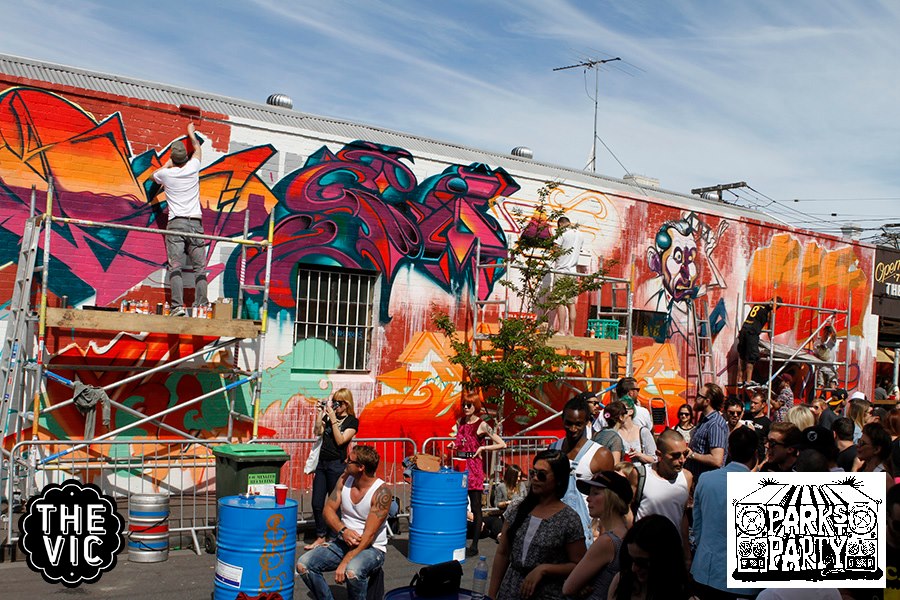 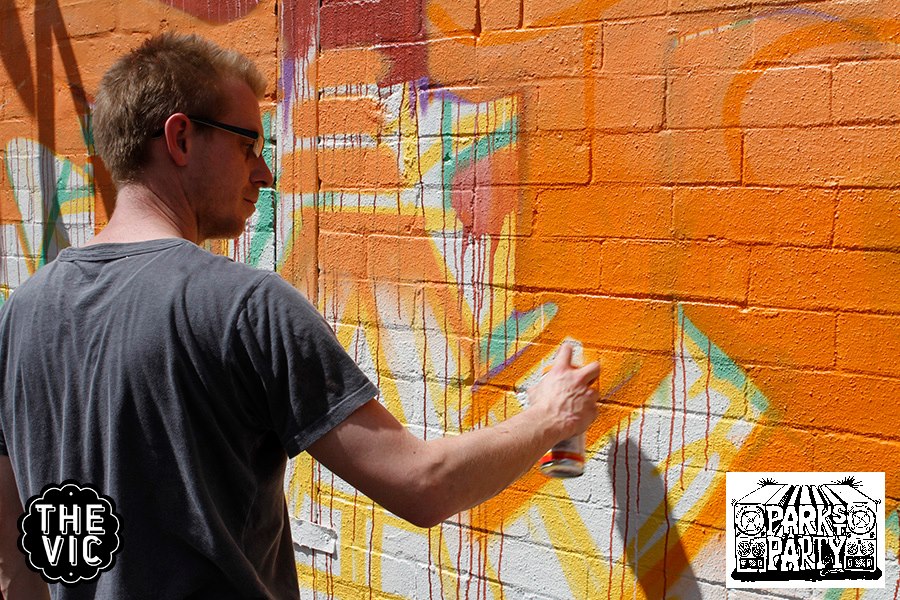 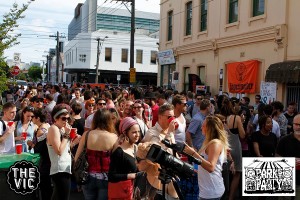 Beer, BBQ, music and fresh air; they are essentials for life and were key ingredients of the Park St Party. Closing down a section of side street in Abbotsford, the Vic Bar hosted its second annual all-day street party on October 20.

On a clear and crisp day, especially by Melbourne standards, drinkers and music lovers were treated to some of the finest trap rap, Baltimore club, dubstep and other next level electronic shit. The assembled crowd was a sea of ironic retro moustaches, 90s cross colour shirts and snapbacks, so basically Brooklyn-goes-down-under. The highlight was a chick rocking a white singlet with the phrase ‘Ain’t No Wife’ printed on front.

With a mini-stage, soundsystem and two decks set up the day saw sets from Mad Decent and Hollertronix alumni Major Taylor, Low Budget and Dirty South Joe. The somewhat cramped surroundings and distorted bass blasting from the speakers were the perfect accompaniment for the politically incorrect tunes being pumped out.

The DJ trio, no strangers to small sweaty clubs, made the most of the space they had. “It’s safe to say we’re all experts in the art of party rocking,” Joe told me, prior to his set. First coming together at the now-legendary Armand’s Records in Philadelphia, the DJs bonded due to their love for playing music regardless of genre. In fact, Major Taylor was instrumental in helping Low Budget expand beyond “backpacker hip hop” and towards playing a mixture of club music. “It was like ‘fuck just playing hip hop’ you can play whatever you want,” Taylor reflects. “You have the skills to do it, which eventually lead him to doing the whole Hollertronix thing.”

With the tunes sorted, there were also plenty of BBQ to be had along with beer and other concoctions. Being served in red plastic cups, the scenario almost encouraged some alcoholic shenanigans. Speaking of shenanigans, some attendees experienced the conundrum of too much head. By that I mean an overabundance of foam compared to the amount of actual beer in the cup.

Despite that alcoholic gripe, the crew deserve to be commended for how quickly and seamlessly they managed to pack up and clean the street once the party moved inside. It was a hell of a day and night and I actually remembered more that I expected.