Insight: Me and My League Pass 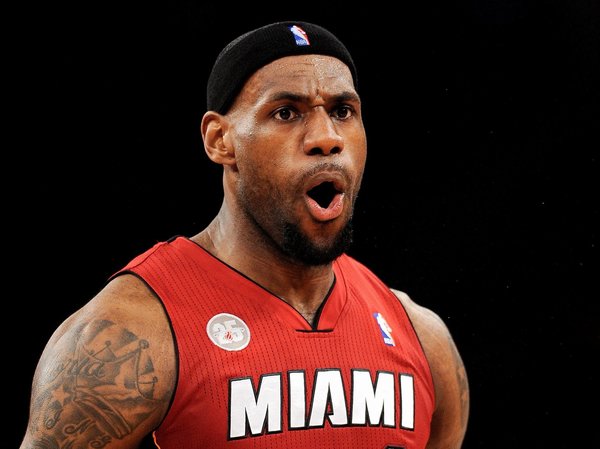 Since my place of employment was moved to Bondi Beach over the Summer, a few things have shifted in my day-to-day life. First and foremost, my pre-conceptions about the kind of place Bondi Beach is have been completely shattered. Spend a couple of days there. You’ll know what I mean. Secondly, due to the stop-start nature of the place I now work at, I have a lot more time on my hands. Thankfully, one of my colleagues had an NBA League Pass, choosing to spend his free time between customers watching the Knicks. Being the inquisitive soul that I am, naturally I took an interest and after a brief internet-based tutorial on who and what I should look out for this season, invested in one myself. Being a sport writer for this site, I figured I might write a little on how I’ve found this experience over the last months.

Growing up in the UK until 2001, my primary sport of interest was, and still remains, football. But before I go any further, I should probably make it clear here that I’m not a complete newcomer to the sport of basketball. I played a little as a teenager and consider myself a fairly good shooter from beyond the paint. Just don’t expect me to start dunking like T-Ross anytime soon. As for following the sport, well up until the last year or so my general consensus on the NBA has been floating between that of “Meh…” or “Basketball? Gay sport.” I do apologise, dear reader, for I have found the light.

I now proudly own a Raptors throwback jersey and try to watch them be their typically inconsistent selves whenever I can. I can tell you why the Rudy Gay trade was both a good and bad thing for the Raptors, the basic elements of a pick and roll offence and what the terms “triple-double” and “throwback” actually mean. Being the Raptors fan that I am, I’ve experienced both highs and lows during a season that has to have been one of the most tumultuous of any NBA team. During this time, I’ve taken a little time to reflect on my observations of the world of basketball. Here’s what I’ve learned so far.

1. You have to adapt fast to the rules. – To a newcomer, basketball seems like a game of many petty rules and regulations. You have to observe closely and see what kind of contact should be considered a foul and what shouldn’t. If you casually peruse, you’ll be lost and won’t catch up. When watching basketball, watch closely and intently and think, or you will get left behind. Especially with the shocking standard of refereeing the NBA has seen recently.

2. Accept what you see the players do. No other sport in the world has even remotely similar tactics to basketball. Watching my first few games, I was baffled by the concept that a team would deliberately let the opposition take free throws towards the end of a close game. Don’t question it, these people know what they’re doing and are getting paid millions to do it well.

3. Basketball and its fans are both scrappy and incredibly loveable. No other sport in the world has fans quite so emotionally charged and optimistic as basketball does. Talk to a football fan, an American Football fan, a rugby league fan or whatever, if their team is in a slump, they are as well. Talk to a basketball fan who’s team is in bad form and because they’re probably playing in the next couple of days, there’s always a sense of optimism that things are about to turn a corner. This is partly due to the unpredictable nature of basketball in general as well, but it’s wonderfully infectious. Just don’t become disillusioned if you don’t see LeBron slamming down 360° dunks every game either. Despite the way ESPN portrays it, basketball doesn’t work that way, and neither does LeBron.

I seriously urge anyone without a real knowledge of basketball to give it a go. Sign into an online forum and get some guidance on what to look for. Fuck the opinions of those around you, sit down, make the effort to watch one game, and see if you enjoy it. If you do, no one’s really going to judge you at the end of the day for it, just pick a team and away you go. I’ll see you along the way. Maybe avoid the Bobcats though.