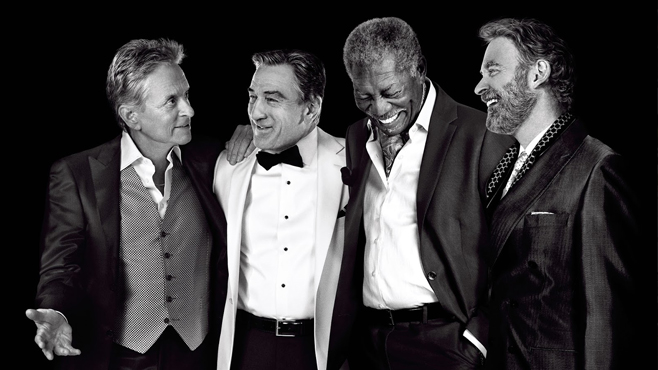 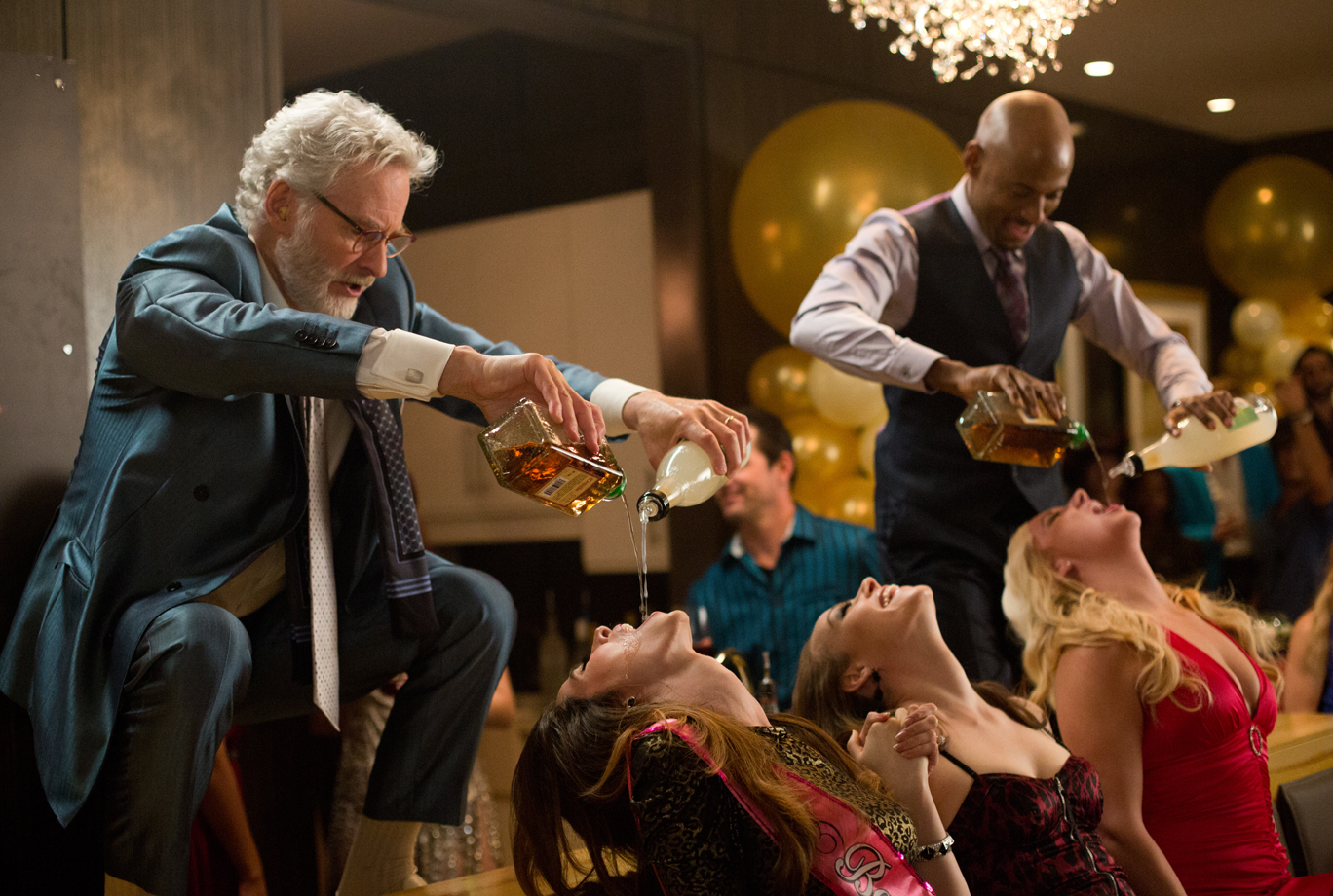 Billy (Douglas) has just proposed to his girlfriend, his girlfriend who is yet to hit thirty. Billy, who as the film endlessly implies, is on course to hit 1000 (So in Hollywood terms, he’s over 60), and now that he’s getting married he wants his three best buddies, Sam (Kline), Archie (Freeman) and Paddy (De Niro) to be there. Sam and Archie propose a bachelor party in Vegas, however Paddy wants nothing to do with Billy, as a recent incident has put a serious dent in their otherwise long-lasting friendship. Through some harmless deception on both Sam and Archie’s part, along with a reminder of his introverted and anti-social state of being, Paddy finally agrees to tag along and with that follows a guys only Las Vegas bachelor party weekend that sets to remind them all of their lives.

The film stands to look like a one joke premise being that old guys will stutter and remain flabbergasted whilst young people parade around them partying. Is the film this? No, not completely. These four actors are all convincing and incredibly funny, equipped with precise timing to each line no matter how cheese laden it may sound and its Last Vegas‘ saving grace.

Director Jon Turteltaub (Instinct, Cool Runnings) will be accused of merely pointing and shooting with his direction; there are no fancy camera angles and no heart wrenching moments for people to think otherwise. However, it’s not as simplistic as you may think. With the exception of endless musical cues, he allows these guys and their performances to dominate each frame, giving them as much time as they need. None of their efforts ever feel rushed and scenes work better than they should because of the adequate time spent on each take and interaction. Screenwriter Dan Fogelman (The Guilt Trip) constructs a simple narrative, embodying almost all recognisable clichés but in doing so, you’re given more to work with in terms of characters. This is a film aimed to pull you in with its big names and their interesting characters, not its story.

The fallacy that is “the guy’s movie” is one that holds up just as much as the idea that old white dudes are the only ones who can have fun and run a picture. Last Vegas is not a terrible film, it’s even a charming one at times due to its leads and their greatest of efforts and talent. But when not a single female character of real substance and charm can be introduced to the proceedings, then one has to question just how much Last Vegas really accomplishes.