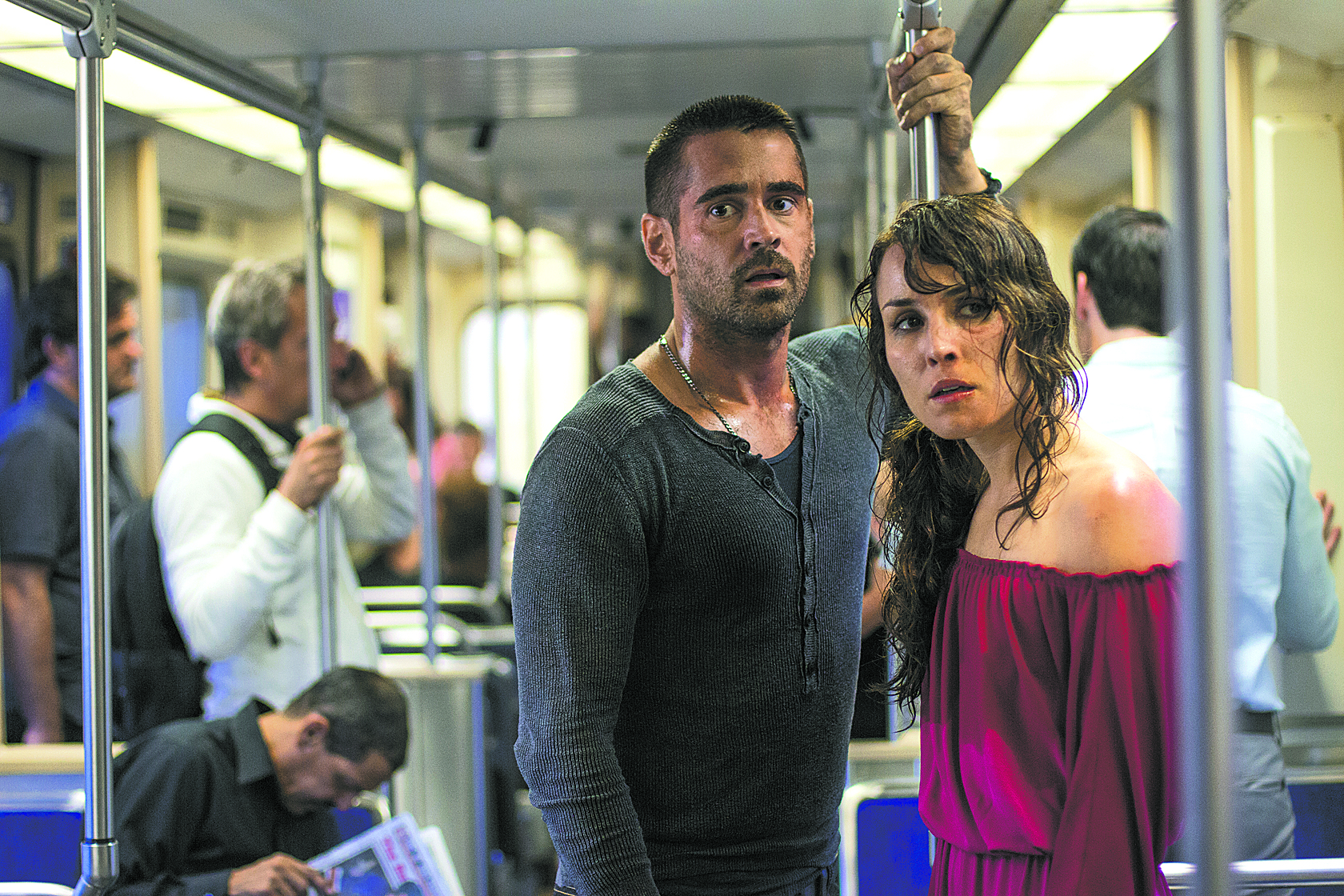 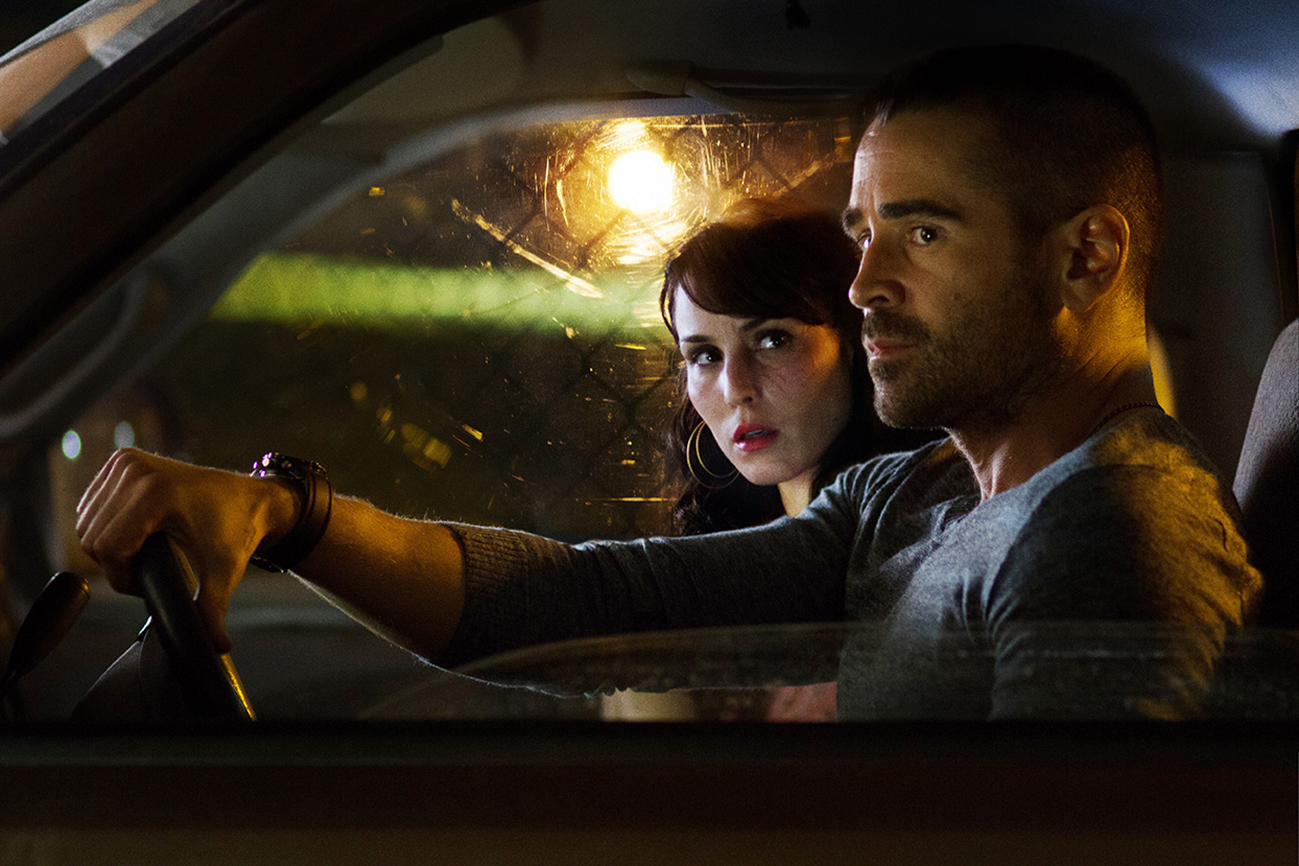 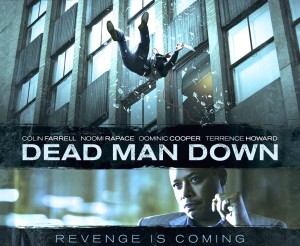 Noomi Rapace and director Niels Arden Oplev reunite after their collaboration on the original and very successful The Girl With The Dragon Tattoo (2009) for Hollywood crime drama Dead Man Down. This time they’ve brought Colin Farrell and Terrence Howard with them. Is there something different here or is it little more than another mindless action film?

Victor (Colin Farrell) is a lonely thug living in New York. He spends his nights working as a henchman to drug kingpin Alphonse (Terrence Howard), who has recently become more paranoid than ever. Alphonse has been receiving death threats from an unknown assailant. These threats are becoming more and more frequent, until eventually one of his men is killed. Things are heating up and tensions are high. However, Victor has other things in mind – he may possibly know the one orchestrating it all. In the apartment building across from his lives Beatrice (Rapace), a beautiful yet damaged woman who is struggling to recover from a severe car accident. She lives with her desperate mother, Valentine (Isabelle Huppert) and is fascinated by Victor. She watches him wallow in loneliness, until one day when she decides to contact him and hopefully make some sort of connection.

Hollywood films, when attempting to replicate genuine moments of human drama, often insist on incorporating action set pieces and some violent threat of sorts to raise the stakes; and attempts at genuine sentiment will be spelled out to the audience by the lead via a monologue, and sometimes a voice over. Dead Man Down is guilty of all the above; yet what saves from being a complete failure it is it’s clear intention to be a film with a genuine heart.

Dead Man Down does more wrong than it does right, but there’s still things to be commended. Firstly, Rapace’s character isn’t sexualised. Although she may not be the strongest female character, she’s still one that has some sort of dimension without having to shed a single item of clothing.

If Dead Man Down were entirely a Hollywood production, Rapace’s tragedy would’ve been in the loss of a loved one whereby she sleeps with the male protagonist in order to heal. This doesn’t happen here, and huge props to the film-makers for doing something different. Where it falters is in the mother character. All she does throughout the entire film is insist that Beatrice cook and look good for this stranger. Her dialogue mostly consists of telling her daughter about ways to make men happy. It’s not sexualised and it can easily be written off as her character being “old-fashioned”; but when one of the few female characters that exists within a film only speaks about the ways to make a man happy, you can’t help but shout out at the screen “Really?” And to think they were doing so well with Rapace’s character…

Performances from Rapace, Huppert, Howard and Dominic Cooper as Victor’s best friend are all very strong; and they help hide some of the film’s flaws. There are moments (especially from Howard) when we’re almost convinced the characters are multi-dimensional because the actors are giving so much in their  performance. Farrell is unfortunately very wooden. He isn’t a bad actor at all, but he’s not given very much to do. This is another flaw with the film’s screenplay; a protagonist who really just stares. We need more and so does the movie.

Action set pieces are impressive and scenes attempting character deconstruction prove to be engaging and entertaining; but in the end, Dead Man Down falls by its own hand. The plot’s progression becomes less intriguing as more clichés are introduced. If you see this film, you won’t have entirely wasted your time and money; but at just under two hours, you may feel the slight sting of disappointment.

4/10
Previous Article Say What: Estrogen & Other Biological Weapons
Next Article The Fresh Prince of Graham Norton?
×