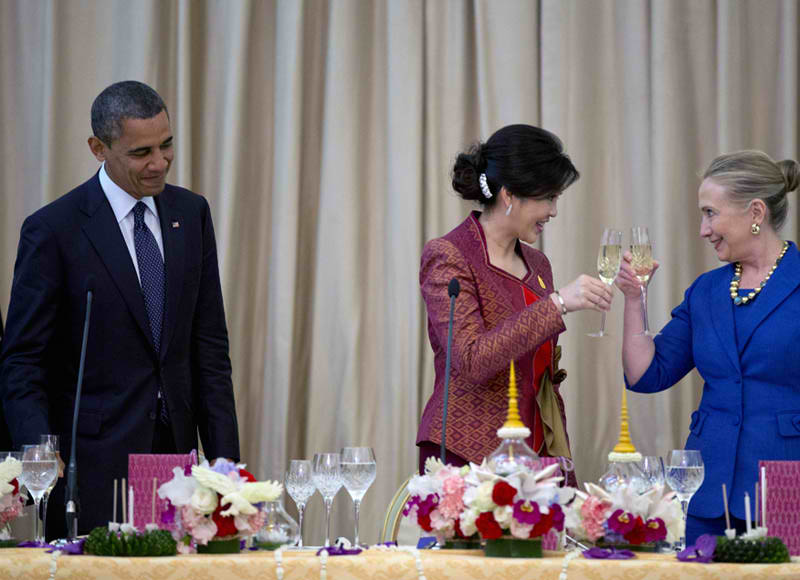 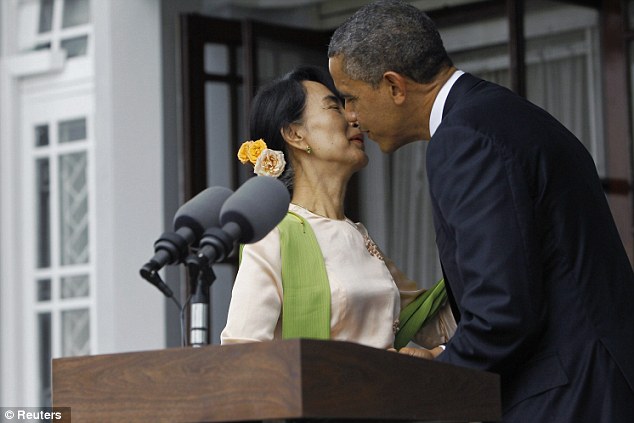 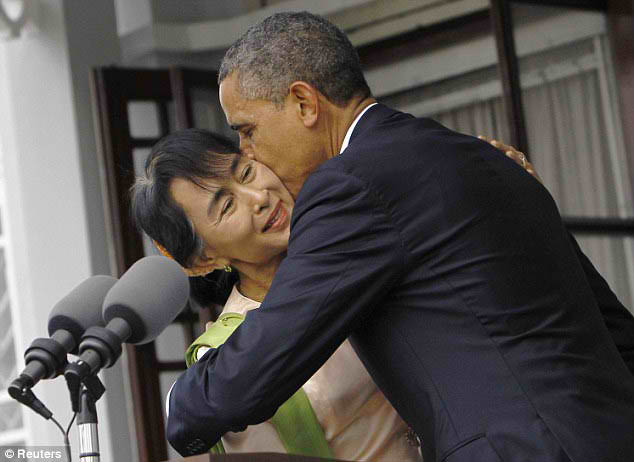 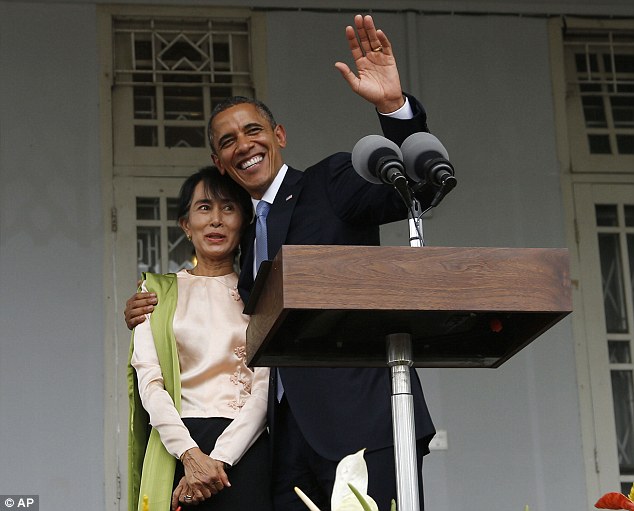 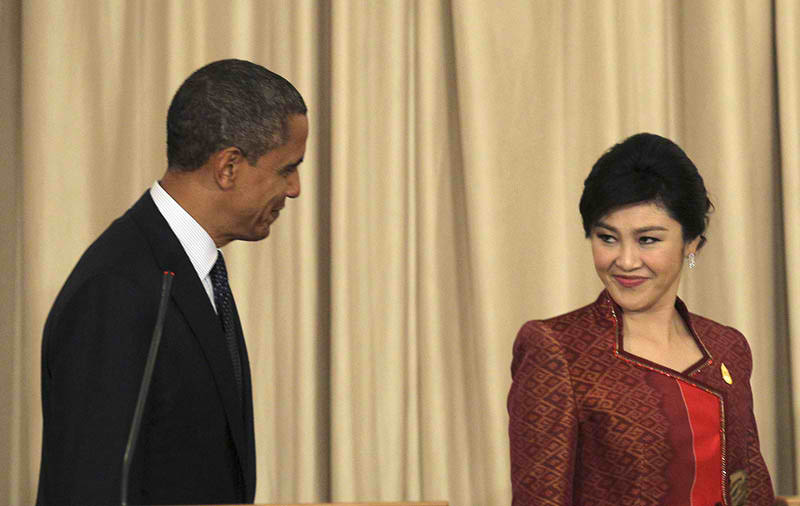 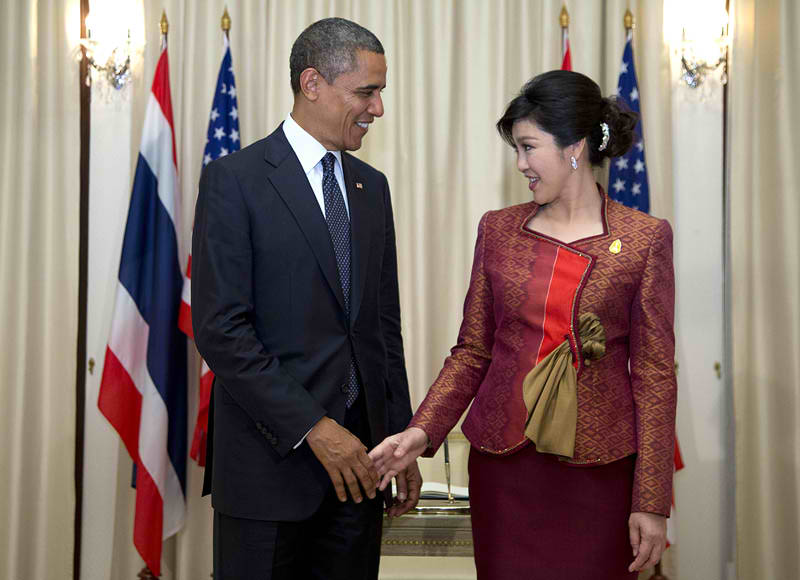 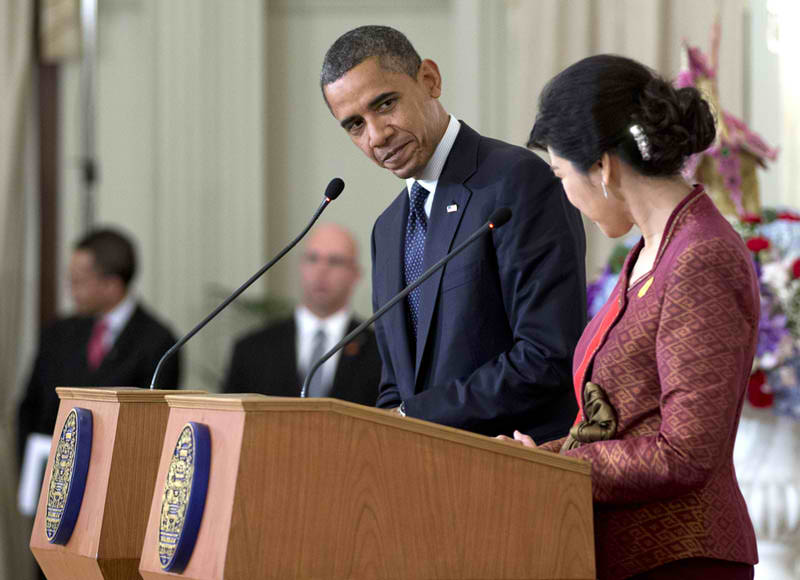 Surely, first lady Michelle Obama was the proudest woman in the world when her husband won the US presidential election for a second term. But will she still be proud when she finds out president Barack Obama was getting his flirt on with the lovely Prime Minister Yingluck Shinawatra during his 3 day trip in Southeast Asia? Probably not.

You can tell a lot from one look and by the looks of things, it doesn’t seem like the president is going to receive a warm welcome home when he returns to the White House. Flirtatious glares and laughter galore, the president better hope Michelle won’t have him sleeping on the White House floor. Obama can be seen in several photos laughing and gazing flirtatiously with the prime minister. Either she’s trying to find out the truth behind “once you go black” or he’s trying to find out about those “happy endings.”

To add more fire under his pot of already boiling water, he was also spotted being too close for comfort by affectionately kissing and hugging democracy activist Aung San Suu Kyi in Myanmar, just hours later.

Way to be actively involved in foreign politics Mr. President. Maybe president Obama is genuinely a very nice guy, maybe we’re thinking way too much into this. Take a look at the photos and tell us what you think.