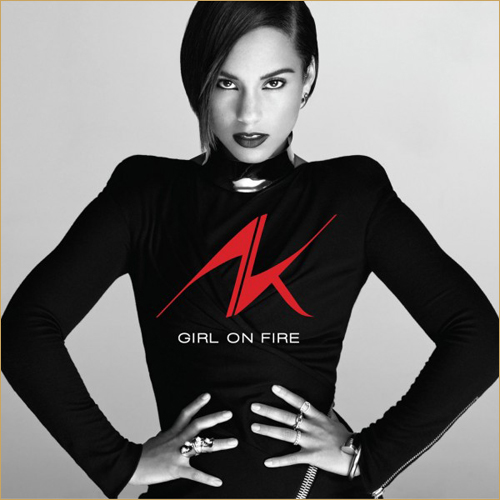 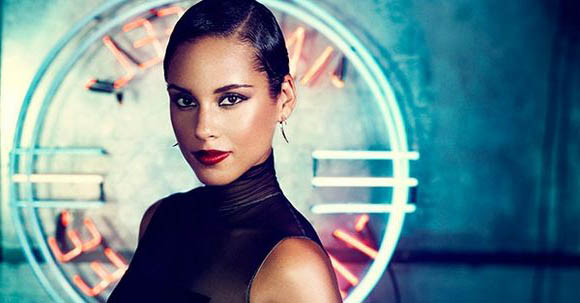 Alicia Keys is certainly red hot! The soulful Alicia that we know so well is back and even better than before. However instead of the hearty love ballads we are used to like No One, If I Aint Got You, Fallin‘ the list goes on… We are hearing a much more independent, and mature Alicia.

In this album she gets a lot more personal and appears to be sending out a strong message to all her female fans urging them to listen to their hearts,  being your selves and spreading their wings. We can hear this message loud and clear in track two Brand New Me (co-written by Emeli Sandé) and track four Listen To Your Heart and of course her debut single and title for the album Girl on Fire.

Alicia gives us an insight into her private life, as well as her pride and joy on track three When It’s All Over when her two year old son, Egypt makes an appearance and we hear a loving conversation between mother and son which will pull at the heart strings of all those who listen.

Another personal favorite of mine would be Not Even The King. In a generation obsessed with themselves and material items, Alicia brings a refreshing voice in this love song with lyrics; “Money, some people so poor all they have is money.”

The feel of this album is definitely very relaxing and soulful. I picture it being played on a Sunday afternoon softly while you sit with your friends and discuss the more important things in life. That being said my only criticisms of the album would be that it isn’t very upbeat however we don’t expect that from Alicia.

Nicki Minaj’s feature in Girl on Fire gives the album a refreshing harder hip hop edge and another stand out upbeat song from the album would be track 11 Limitedless which almost has a reggae feel to it. There is also New Day which you may have already heard on the radio, it’s your standard upbeat party song.

There is quite a who’s who of urban talent helping light the way too including production from Dr Dre, Darkchild, Babyface and hubby Swizz Beatz, while writing credits include Bruno Mars and Frank Ocean. Overall I think the album is great and would specifically recommend to girls are currently trying to find themselves or have even just come out of a break up. Its that kind of music that just makes you feel happy about life in general.

You may also want to have a peek at these reviews: Skyfall, Miguel, Robin Thicke.

Previous Article Rihanna the Most Obsessed Over Woman of 2012
Next Article Haberstashery: Colour Theory
×