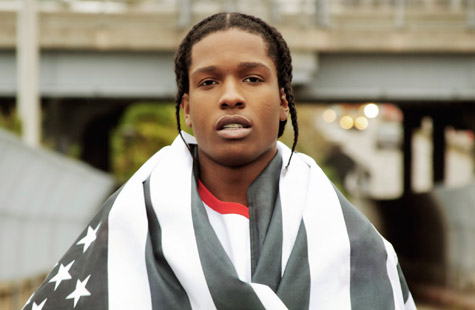 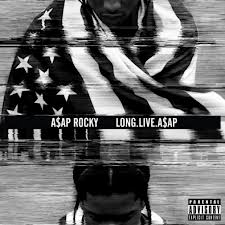 Don’t forgive me, for I have not sinned by not hopping aboard the A$AP bandwagon. I’ve taken solace in the fact that A$AP Rocky has been able to entertain me, just not through his music; instead, it was through this hilarious five-part back-and-forth (see below) with Danny Brown which kept me from writing him off as being completely unable to deliver anything worth listening to, musically or otherwise…and even so, I’m still of the opinion that he’s sub-par to Danny Brown in every which way conceivable. But I digress, as this is where the conflict kicks in: I enjoyed Long.Live.A$AP.

If you watched the back-and-forth but have never listened to his music, you’ve gathered about all you need to about A$AP Rocky’s personality, which naturally carries over into his musical persona: there is nothing likeable about either. He is not set aside from the mass model of the hated rapper, as his subject matter does not extend far beyond rap’s cliché cannon of guns, drugs, bitches, money, and all so consistently permeating the ever-so-overstroked ego of the rap star with a head so big that mistaking it for a blimp is an honest mistake…but he does it in such a ridiculously unabashed manner that at some elusive point, it becomes admirable.

What he has to say is not enriching, nor is it by any means thought-provoking, but he manages to stand out thanks in large part to his flow, displaying himself as the “It’s not what I say, it’s how I say it” type of rapper. His flow in itself is nothing original, especially in his use of mannerisms akin to Kanye, but remains consistent in whatever beat he tackles. More impressive though, is how unexpectedly acrobatic this flow can get, in turn presenting him with the opportunity to showcase his technical side which is equally as solid, though he dishes it out in doses. That’s where the album can drone on, his slow flow making listening to the album a tedious and tiresome chore, as you could get through three-quarters of just about any song on here before longing for what’s to follow.

Luckily, he brings with him a slew of guests, though any guest appearances are grossly overshadowed by the posse cuts Fuckin’ Problems featuring Drake, 2 Chainz and Kendrick Lamar, and 1 Train featuring Kendrick (again), Joey Bada$$, Yelawolf, Danny Brown, Action Bronson and Big K.R.I.T. Now that’s not to say that everyone is equally great here, but at least whatever sub-par spitting you endure is made up for by the better emcees here.

Of course, all this would count for nought were it not for the fact that Long.Live.A$AP has an array of nicely crafted beats to it, compliments of producers such as Hit-Boy, Clams Casino, Noah “40” Shebib and even Skrillex. The album constantly enjoys the lushness of ethereal synthesizers and deep, resonating bass kicks, providing a comfortable backdrop for Rocky’s laidback style. If you bothered to put yourself through Wiz Khalifa’s O.N.I.F.C. and felt the lack of payoff, this does everything that Wiz’s effort should have done, and more.

If you love this, you might ultimately loathe yourself, but if A$AP Rocky can manage to be so incorrigible about it, maybe you can too. Long.Live.A$AP is a more-than-decent debut effort from one of the poster boys of rap’s next generation.

Previous Article "Don't Worry, the Ads are Coming"
Next Article Insight: Hip Hop at the Grammys
×