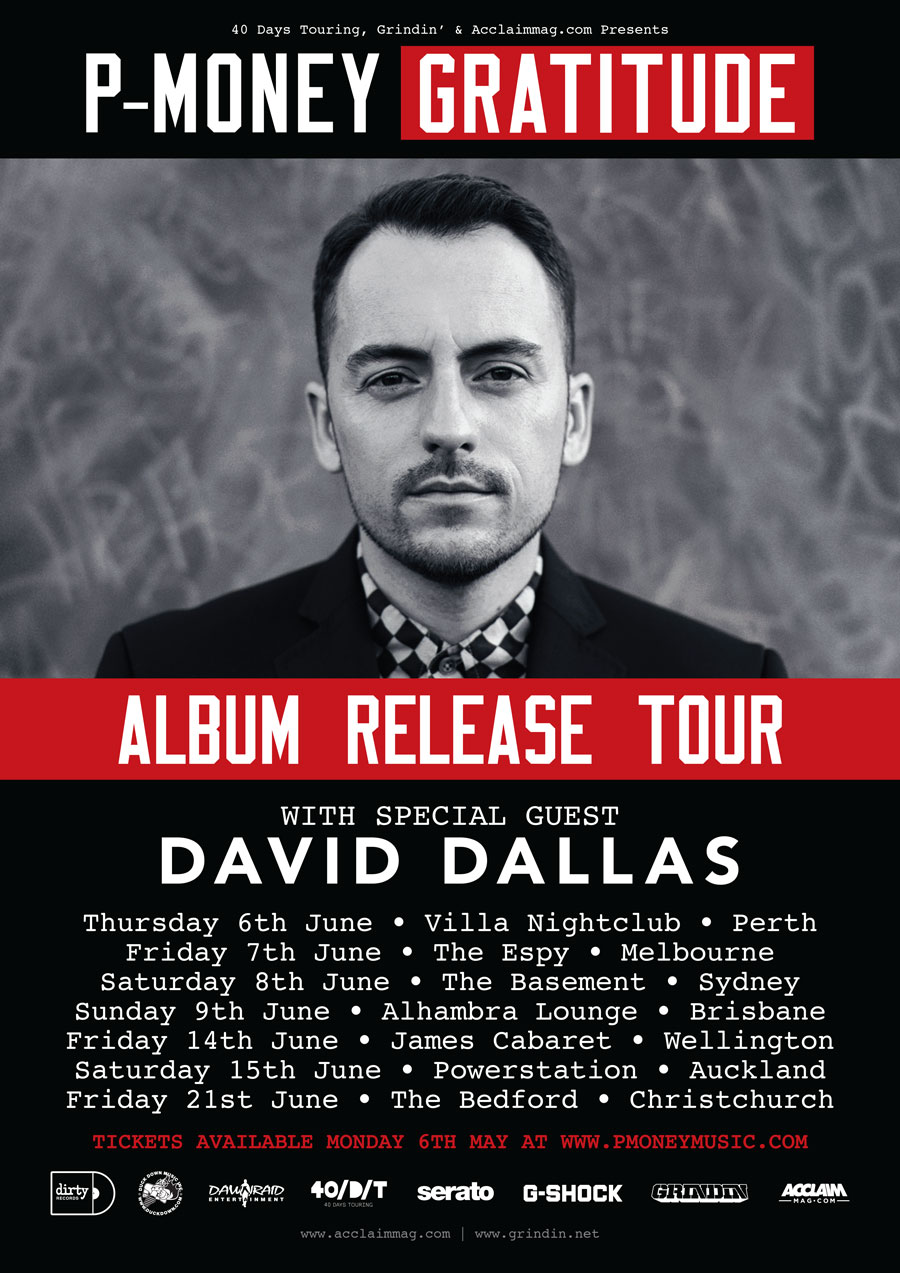 With his new album Gratitude coming out on May 17, P-Money is pleased to announce a series of Australasian tour dates in celebration of the highly anticipated release.

Joined by Duck Down Music label mate David Dallas as well as special guests for shows in Auckland, Wellington and Christchurch, alongside Australian shows in Perth, Melbourne, Sydney and Brisbane, P-Money is set to take ‘Gratitude’ directly to the fans, while David Dallas will be previewing new material off his own forth-coming album.

In the lead up to the May 17 album drop, P-Money has been releasing some of the album’s tracks for free on pmoneymusic.com with the latest single ‘The Hardest feat. M.O.P’ released online yesterday.

The new album also showcases some more of the Duck Down Music family with Talib Kweli, Buckshot and Skyzoo all taking up feature spots.

Aaradhna’s latest, critically acclaimed album Treble & Reverb was produced by P-Money and includes the #1 platinum single ‘Wake Up’, is nominated for five accolades at the 2013 Pacific Music Awards and was also a finalist in the 2013 Taite Music Prize.

Following on from the huge success of The Rose Tint and limited edition release Buffalo Man, David Dallas’ new album Falling Into Place is set to drop in July. Hailing it his greatest work to date, don’t miss your chance to hear it first.

Gratitude will be available in-stores and online from May 17, with pre-orders available now from JB Hi-Fi.

Tickets go on sale from 9AM Monday 6 May from pmoneymusic.com. A limited run of Early Bird tickets will be available.

See P-Money and David Dallas live at the following venues:

Tickets available from pmoneymusic.com from 9AM Monday 6 May