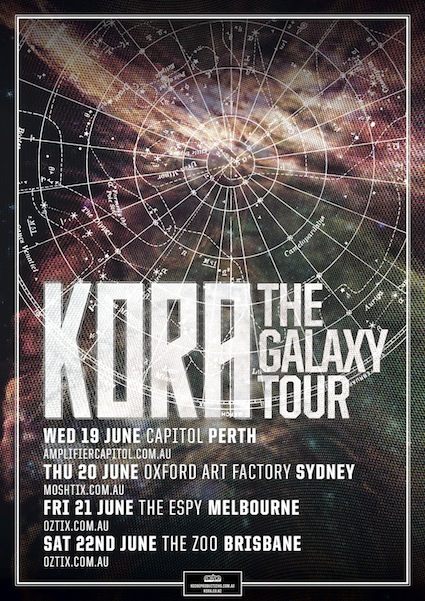 KORA return to Australia this June to show once again why they are regarded as one of the best live acts in the Pacific.

After a summer of headlining festivals, completing their album release tour across their native New Zealand and preparing for a run of shows through the US, Europe and the UK later this year – KORA are set for 4 dates in support for their brilliant second album, Light Years. Released at the end of 2012, Light Years is a mix across the genres with the band capturing the well known energy of their live shows and pushing the studio envelope to create their Gold selling sophomore effort.

New singles Galaxy (at radio next week) and Hit The Wall come complete with new videos and the band’s live show is as revered now as when they first hit Australia six years ago as a band of unknown Kiwi brothers.

Ticket Details are as follows!