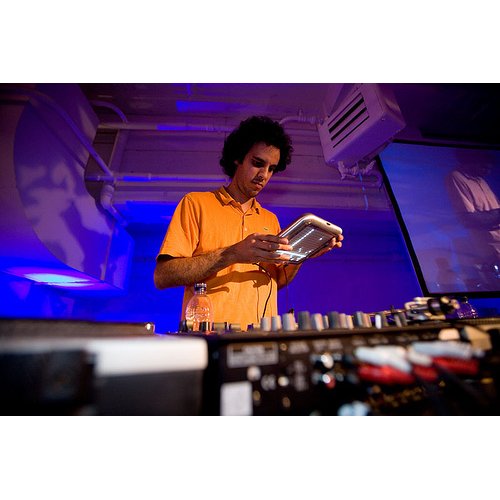 A night of captivating live electronic music across a variety of BPMs, Four Tet’s live show has regularly sold out venues in the past with such appearances as a sold out national tour in 2010 with Caribou, Playground, PIAF and Splore festivals, plus the now sold out Meredith show in Victoria and a new album in tow, this Sydney show is sure to be a hot ticket.

Released in August on his own Text Records, Pink successfully combines several vinyl only, dancefloor-heavy singles with some new unreleased material and presents it in an exquisite album format that has critics and fans salivating:

Four Tet is capable of going deeper and expanding higher than almost anyone else out there. 8.2 – Pitchfork Other recent releases of note include collaborations with Burial and Thom Yorke and recent tweets suggest there is a lot more in store from the Text Records camp.

Joining him on the night are Stones Throw’s Jonti, who returns for his first show home on Aussie soil after touring the US with countryman Gotye and collaborating with members of Odd Future, Homeboy Sandman and Jonwayne. Also on the bill are local cats Albatross, whose new forthcoming output perfectly compliments Four Tet’s deep, hypnotic driving broken rhythms.

Do not miss this spectacular night of live electronic music in Sydney for one night only.