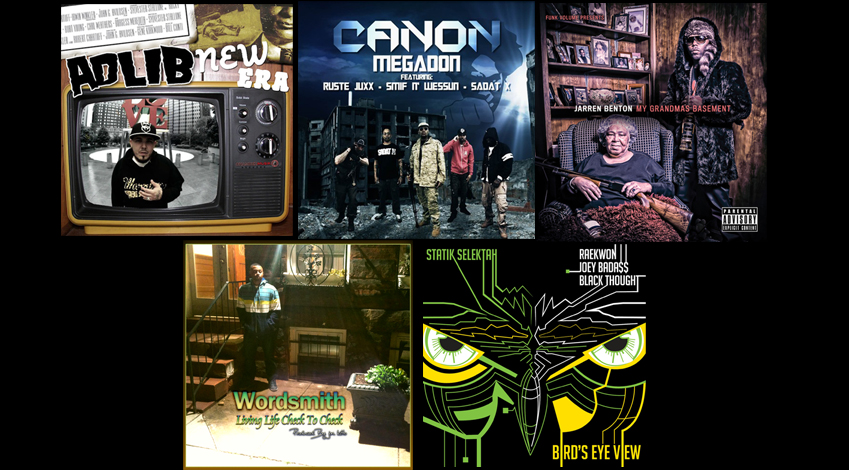 The debut leak single from the album Bad Newz from Top Tier Battleaxe Warrior, Adlib.
New Era is the brand new track and video from Adlib and the first taste of his follow up to the album Bad Intentions.

Funk Volume’s Jarren Benton drops off a video for We On.
Including features by Dizzy Wright and Pounds on the latest visual release from his new album, My Grandma’s Basement.

My Grandmas Basement is available now.

Wordsmith brings out his poignant story telling abilities and clever narratives in his newest track entitled Living Life Check To Check which is not your typical song about the ‘American Dream’.

Statik Selektah recreates the beat for Bird’s Eye View step by step. Watch as he arranges the instrumental, adding scratches and original organ notes.
He then explains how it was originally for an unreleased Nas remix, but ended up getting Raekwon, Joey Bada$$ and Black Thought on the track.