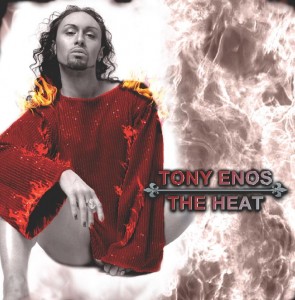 We’re living in quite a time, where artists feel more free to express themselves and their personalities without fear of backlash. R&B singer Frank Ocean, who has been incorrectly cited as a ‘rapper’, caused waves when he revealed last month that he is bi-sexual.

In what may or may not be a coincidence Tony Enos, an R&B/pop artist, is going all out with the release of his new album The Heat. The official press release for the album touts Enos as “one of the first openly gay recording artists to hit the scene years before it was trendy.”

The Heat finds the singer expanding on his R&B sound with a more commercial edge saying “we were able to deliver a really current pop record and cohesive body of work. Once I heard the first single, ‘Hot Knife Through Butter,’ I committed to the idea of keeping the sound current with a more pop edge.”

Released independently through lil’ T Entertainment, the album’s lead single is Hot Knife Through Butter. The official music video can be seen below. What do you think of Tony Enos?