Musiq Soulchild Live in Australia This September for 1st Time 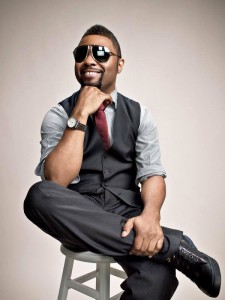 “Soul music is something that you can’t fake. You’re just expressing yourself. That’s the magic in my music.” These are the words of 11 time Grammy nominee and soul superstar Musiq Soulchild.

The beloved singer is finally making his way to Australia for the very first time in his decade-plus career. He will be blessing his adoring fans with his sultry and captivating voice with shows in Sydney, Melbourne and Brisbane. This is a rare opportunity for fans to see one of Neo-Soul’s greatest performers up close and personal.

Since debuting in 2000 with his game-changing album AIJUSWANASEING Musiq has sold millions of albums, amassed seven Top 10 hits on the Billboard charts and earned a dedicated fanbase of music lovers.

Inspired by such legends as Stevie Wonder, James Brown and Ray Charles, the Philadelphia native outdid the quality and success of his debut with his second release, JUSLISEN. The heralded album entered the Billboard charts at #1 and went on to platinum sales, driven by the hit singles Halfcrazy and Dontchange.

Since then the charismatic yet laidback singer has released three more albums and amassed numerous accolades and awards, including a Soul Train award for Best R&B/Soul Album. Musiq even found the time to recently release his first book, 143 – Love According to Musiq, a guide to love and relationships.

With his sixth studio album MusiqintheMagiq out now it’s the ultimate opportunity to get reacquainted, or introduced, to the magic of Musiq Soulchild as the worldwide chart topper performs live in his first headline Australian shows.

ON SALE: Wed 1 Aug
Thru www.stasheverything.com.au  & the venues