Kanye West on the set of Anchorman 2 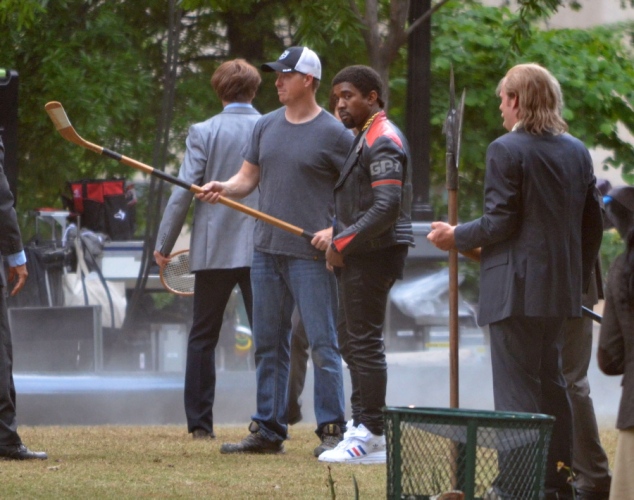 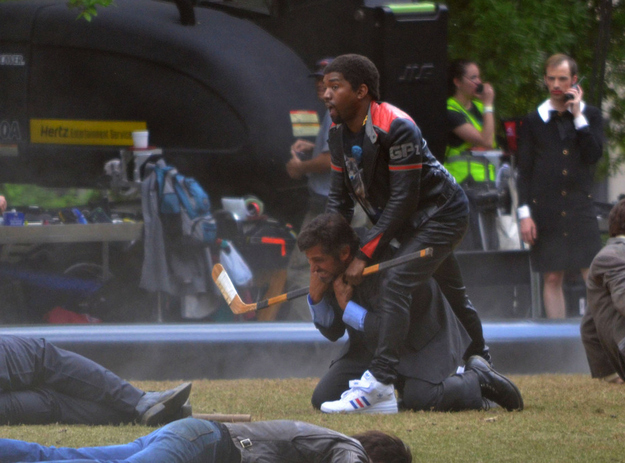 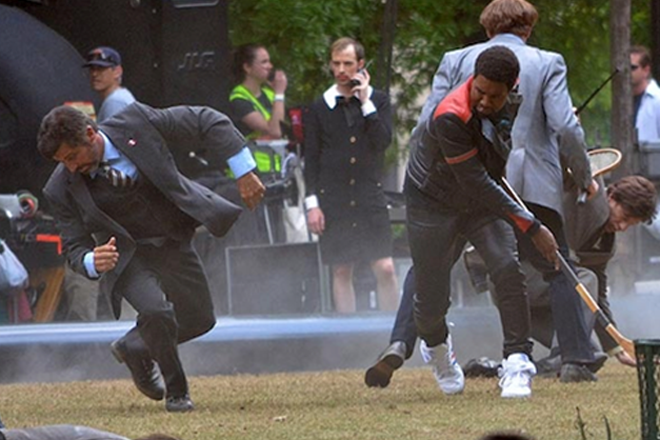 The G.O.O.D. music head honcho, Kanye West has recently been enlisted to the star-studded cast of Anchorman 2: The Legend Continues.

Plot details of the film have been kept under wraps, but photos have leaked online of West on set.
The scene being shot is reportedly the ‘melee brawl scene’ of the film. Seen wielding a hockey stick, the fight sequence may prove to be one of the most anticipated scenes in the film. 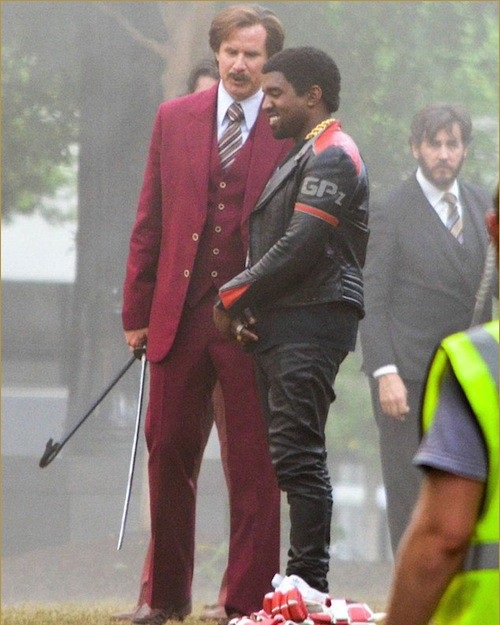