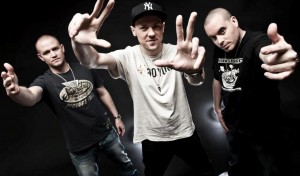 Hilltop Hoods are ready to hit the stage at Homebake 2012

In 2012 the world could be coming to an end, if all the nutty doomsday theorists are to be believed. So why not go out with a bang at Homebake?

As many Australian’s pray for the warmer months to get here sooner the summer festival season has been given a shot-in-the-arm with the announcement of this year’s Homebake line-up.

The festival, which encompasses music, film, comedy and the arts, will be taking place on December 8, 2012. Taking over the Domain at the Royal Botanic Gardens in Sydney, the festival will feature a wild line-up of stars from the present and past including the Hilltop Hoods, Kimbra, Tim Minchin and Blondie.

The 17th annual event, being dubbed the ‘global edition’ will also include performances from local favourites Daniel Merriweather, Sam Sparro, DZ Deathrays, The Bamboos, Diafrix and punk legends The Saints.

The most ambitious Homebake festival so far the mega all-day event will feature four stages (including the Big Top), a cinema pavilion, brand new comedy stage (presented by the Sydney Comedy Festival), multimedia presentations, an international food fair and much more.

For this year’s event organisers will be supporting You Can. The incentive and initiative campaign works to improve survival outcomes for young Australians with cancer and will have a presence at the festival. You Can aims to raise $15 million, through mobile phone recycling, to build youth cancer centres in Australia. You Can was founded by the Sony Foundation Australia and CanTeen. Further information can be found at youcan.org.au