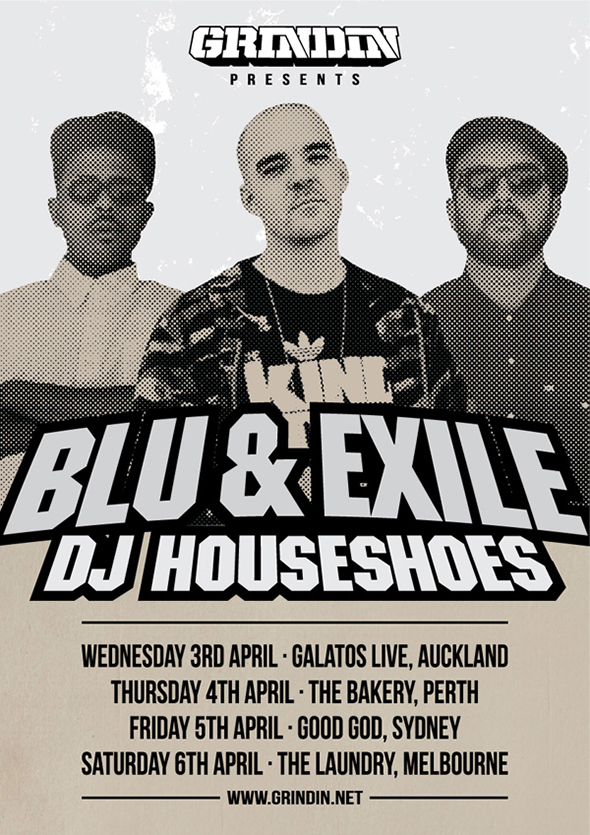 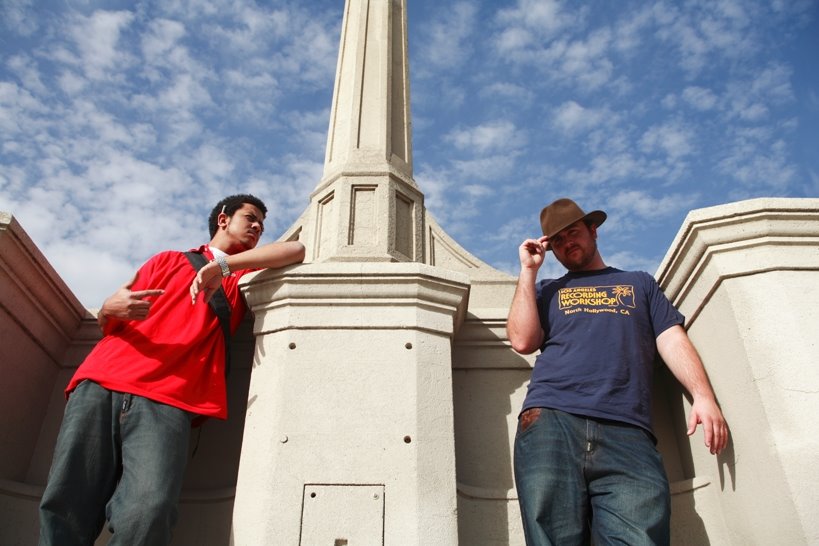 It’ll be a triple threat takeover as the hip hop trio of Blu, his longtime collaborator Exile and DJ House Shoes head to Australia and New Zealand for five shows this April.

An acclaimed independent sensation Blu is now bubbling to the surface, having recently signed a deal with Warner Brothers. Meanwhile his partner-in-crime Exile has been acking up the production credits, working with everyone from Aloe Blacc and Ghostface Killah to Snoop Dogg and Big Sean. Together, the duo has released two LPs, Below the Heavens and Give Me My Flowers Whilst I Can Still Smell Them.

Joining them on the tour, DJ House Shoes is a pillar of the now legendary Detroit hip hop scene, having worked with and supported the likes of J Dilla, Phat Kat and Slum Village.