Barry Prismall: “Rap is the biggest con in music history.” Everybody Else: *Sigh & eye-roll* 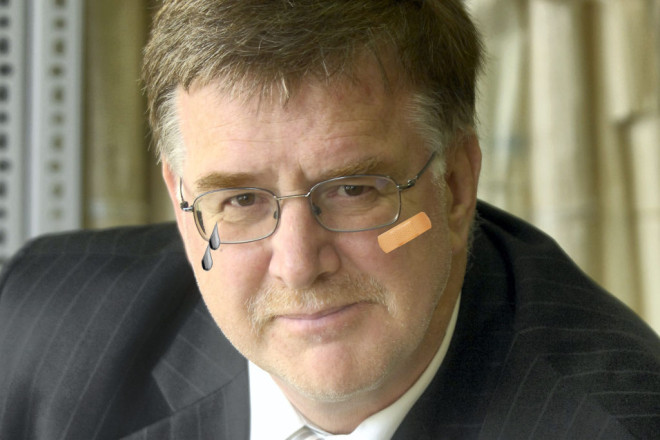 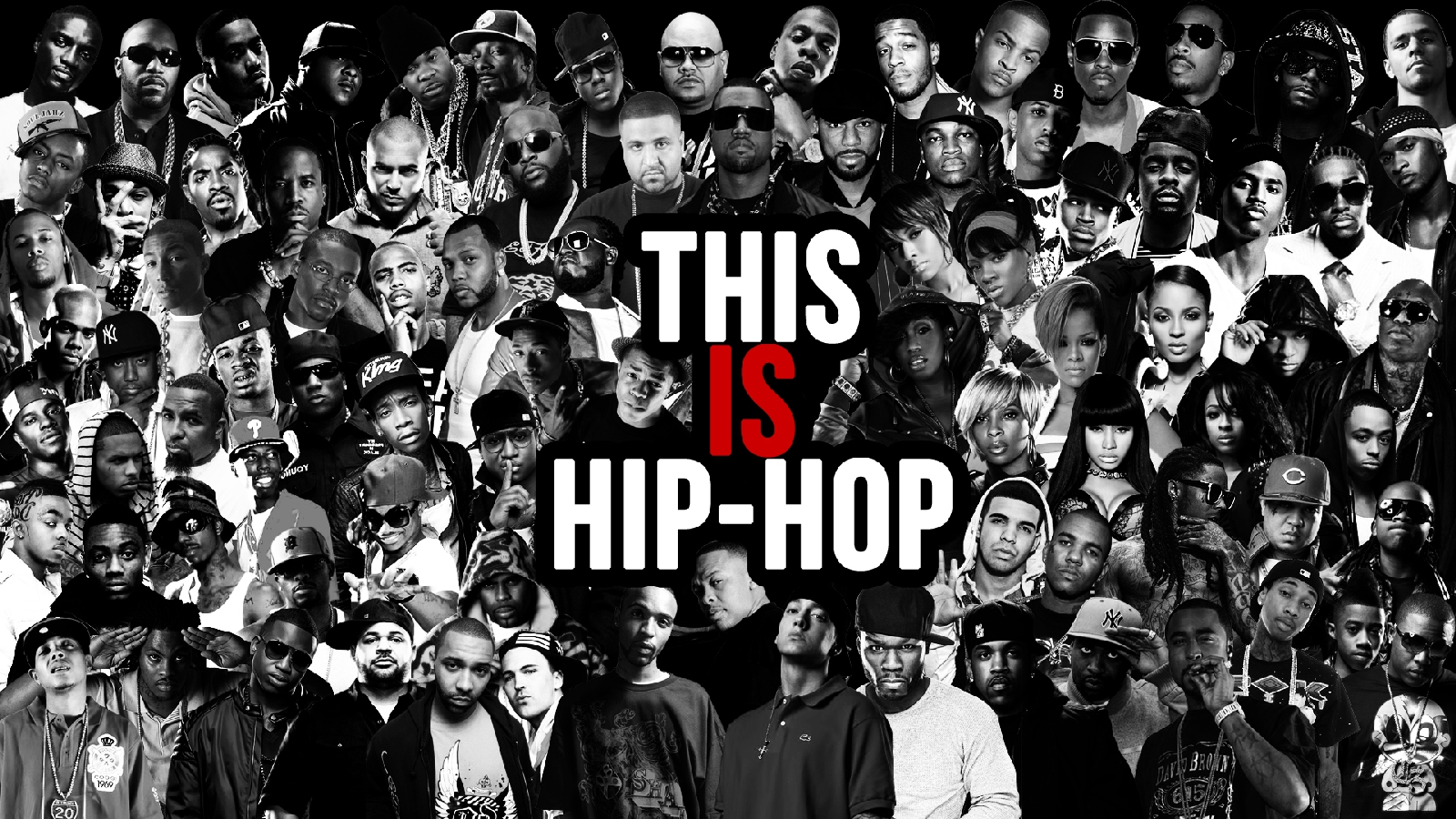 Recently Barry Prismall of Tasmania’s The Examiner decided to go on a rant about rap, calling it, “The biggest con in the history of music.” Yeah, I know, my first reaction was also “Seriously? He’s really going there? In 2013? About rap music?” Yep. He most certainly went there. Even brought back some souvenirs. Here’s a basic but accurate summary: “Today’s music is rap, and it sucks, and the careers of those who make it go nowhere. In the 60s, lyrics of pop and rock groups mattered. Rappers talk with no tune. P!nk is the last real hope for music.” Go figure, that summary is short enough to be a YouTube comment, so it’s still beyond me (and I’m quite sure beyond many others) exactly why this was turned into a published article.

Normally, I leave people to their opinions seeing as I have my own convictions about rap music – despite reviewing it for a living – but when a long-buried debate on a musical genre (no matter which) rears its ugly head from the soft and partially moist soil, you can’t simply make like The Beatles and “let it be”; you have to make like The Walking Dead and bludgeon the bastard back into its cadaverous state, lest it start infecting those who would otherwise have the common decency to really let a genre be. Really, I don’t even bother bagging on Justin Bieber any more, mainly because I’m above badmouthing prepubescent girls, but mostly because life is simply too short to get so riled up over something which you will never change. It’s the metaphor of a bad pimple – if you really want it to disappear, simply leave it alone and don’t contribute to its growth. It’ll fade away on its own in time, but the more attention you pay to it and make it pop!(ular), the more likely you are to be left scarred by it and the more everybody else will be left disgusted.

Unfortunately, this is not something that Barry Prismall has taken to thought, so that’s what prompted this reply from yours truly. Mind you, personal attacks to someone disapproving of rap music are far too unseemly, far too lazy, and far too simplistic and boring, so an effort has been made to be as respectable as possible. I repeat: ‘as possible.’

I, like many, met your recent article on rap music with minimal favour, to say the least. I’ve loved rap music to the point of loathing it; yes, I am a fan that has listened to enough of it throughout my life that I myself have grown weary of much of it. That is why, to a degree, I can understand your position; and were you to read any of my reviews or articles on www.stasheverything.com you would notice a somewhat disdainful undertone to certain aspects of rap music. But it’s nauseatingly evident from your article that you have chosen to grossly generalise rap music as “deafening, staccato speech about vomit, violence, blood, sex and dark depression” rather than making some kind of considerable effort to track down positive rap music that you may at the very least develop a neutral stance on, and yes, believe it or not it is out there and is almost too easy to come by; so the corner of idiocy from where your argument has originated is one that you backed yourself into from jump.

In fact, in the same vein it’s almost too easy to assume that you merely form your opinion of rap music based on the stereotyping and subsequent stigmatisation of the genre throughout the 80s, 90s and early noughties. Need I even remind you of the radical responses to rock’n’roll when it was conceived? Being alive for the era/s during which the genre prospered despite the daunting disapproval of the elder generations of the time, one would think someone such as yourself would at least have the common courtesy to grant musical genres undergoing the same struggle some understanding. Swing endured it, Punk endured it, naturally Classic Rock also endured it – just like rock’n’roll, no subversive musical genre worth its salt has been met with widespread acclaim, at least upon its birth; and just as well, a society of individuals tuned in to the tedious repetition of a single song doesn’t make social living too interesting now, does it? After all, have we not already been subjected to such zombification with Gangnam Style?

Of course as I write this I wonder how bored I may be … but then I figure I’m probably not experiencing the kind of boredom – nor desperation for attention – that you, Barry, must have been experiencing when you jammed a crayon up your sphincter and shat out an aeons-old debate for the sake of publication.

What exactly did prompt this article, sir? Was it in fact the aforementioned boredom or your neediness for attention? Do you yearn for ‘yes men’? Are you a thrill-seeker for controversy? Are you adhering to a homogenous audience of baby-boomers? Are you aiming to become the next guest on The O’Reilly Factor? Or is this driven by your political agenda? Regardless – if I am to re-purpose the words of Neil Young – your rant has come out of the blue, and with its virtually unanimous negative reception, has gone into the black.

The simple-minded nature of your rant is in fact the very reason I have stopped commenting on YouTube, because one can tolerate only so much faithlessness in humanity before they retreat to a cabin in the woods for the rest of their days.

In all your meandering, your argument generally comes off as homogenizing ALL rap music. What you seem to forget is that no musical genre is impervious to being tainted: as a fan of rock music in particular you must surely know this. Even jazz artists such as Michael Buble and Kenny G have received their share of negative reception.

But what makes a good artist (musical, theatrical, or otherwise) is not just what they do but how they do it. Rap is heavily driven by rhetoric, so in the same vein, it’s not just what these artists say in their lyrics, but how they say it; and as with most kinds of pop sensations of today, I use the term ‘artist’ very carefully rather than loosely. And different people receive and understand rap lyrics differently; really, the grossly subjective nature of this renders arguments the like of yours moot during even the inception. Granted a consensus can be reached on what we do and do not enjoy, but at its heart is always personal opinion.

As for the musical aspect, I highly recommend you turn to neuroscientific explorations of how the human brain reacts towards certain sounds and sound patterns. Such sonic formulae have been satisfied as far back as the days of The Beatles, so one might even argue that we are biologically predestined to enjoy them (which is one of the reasons pop music manages to thrive as it does); and then I’d personally go on to argue that our cultural and socialization processes go about shaping such receptions. But I digress on that regard.

The very crux of my stance however, is that you have overlooked one very key point: all are entitled to their own opinions and musical tastes. So attacking yours would make me just as puerile as you and admittedly exhibit bigotry on my part, given that I indulge in my share of music. From Queen to Queen Latifah. From Tom Waits to Tupac Shakur. From The Rolling Stones to The Roots. From Talking Heads to A Tribe Called Quest. From Quincy Jones to Q-Tip. From Creedence Clearwater Revival to Common. From Elvis (you take your pick of Presley or Costello) to Eminem. From Warren Zevon to the Wu Tang Clan. From RZA to Rick Astley (someone that the internet community deems you as having much in common with as of late, minus the praise of course). From Pink Floyd to Pink Martini…though I do, however, distance myself from P!nk. Why? Because I’m simply not a fan, and the technological age has expanded to the point where if I choose not to hear her music, it is with ever-growing ease that I can do so.

My point with that list was not a mere self-indulgent portrayal of my personal musical palette, but rather to remind you of just how enormous the world of music is. Listen to The Best (or Worst) of Eurovision, for all I care. I’m no judge, jury and executioner, but neither are you, which is arguably the reason your article was received so poorly to begin with.

So what I will recommend is overcoming your technophobia and coming to the realisation that the information age has, at an almost exponential rate, advanced avenues for people like you to not have to hear this genre you dread so much; or, if I’m to be a glass-half-full kinda guy, listen to whatever you want, whenever you want, wherever you want. If you’re struggling, the younger members of your family no doubt can help you.

I don’t enjoy listening to commercial radio on the way to and from work/uni, so I simply plug in my iPod and hear what I choose to, whether music or podcast. Would the same be such a chore for you?

Believe me, I experience the same contempt for when one wants to access a video on YouTube and is subjected to a few seconds of an advertisement for the release of a single or album of an artist I do not care for, and it is quite frankly reminiscent of an obvious moment from A Clockwork Orange. But I also accept that encountering the music you don’t like is an inevitability, along with the very inevitability that there is a population that gravitates toward it, just as I accept that in the western world it’s simply something you learn to tune out in favour of eventually enjoying the video for which you came.

It’s really a shame that I have had to go through so much to get to so simple a point: if you don’t like it, simply don’t listen to it. But keep such subjective opinions to yourself; no member of the public will side with you based on what music you don’t like, nor how vocal you are about it, so focus your energy towards something productive and – more importantly – current. Each time you forget this and end up crapping out a rant which results in myriad readers rolling their eyes deep into the back of their heads, it’s not because of the music they’re listening to, but it’s rather because of your making so much of an ass of yourself that the cheeks of your face rapidly begin to resemble butt-cheeks…so surely you can fill in the rest of the picture when I mention the orifice in between those cheeks, and what then comes out of it.”