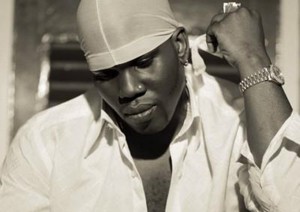 Remember Mark Morrison? Return of the Mack, ringing any bells? The British singer best known for the aforementioned classic 1995 single  is back and actually doing something socially relevant.

The nasal-toned Morrison is shining a spotlight on domestic violence with the video for his latest single, the appropriately titled Ni**a Ain’t No Good.

The video, directed by Morrison, depicts a woman suffering from domestic violence and is said to have been written about his cousin who was subject to a violent relationship.

The new single marks somewhat of a comeback for Morrison who last month featured on rapper Trae Tha Truth’s single I’m On 2.0. He reprised the hook for Return of the Mack on the track which also features Big K.R.I.T., Jadakiss, J. Cole. Kendrick Lamar, B.o.B, Tyga, Gudda Gudda and Bun B.

Mark Morrison was the most successful British R&B singer of the mid-90s, with Return of the Mack reaching number 1 in the UK, becoming a Top 10 hit worldwide in 1996. He is preparing to release his third studio album, I Am What I Am, which is set to feature guests Trae Tha Truth, Trina, DMX, and Crooked I of Slaughterhouse.