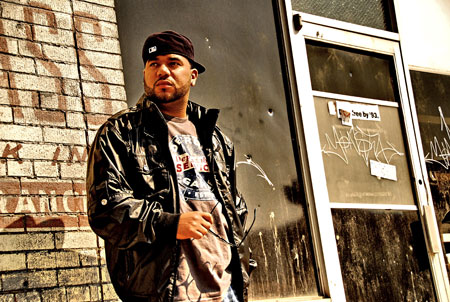 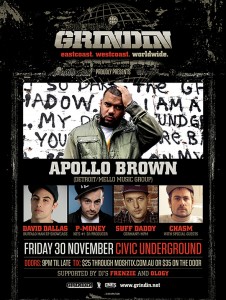 Four of the finest producers in the rap game, representing three continents, will be performing on the same bill at Sydney’s Civic Underground on November 30.

America, Australia, New Zealand and Germany will all be represented, with a line-up featuring Apollo Brown, Chasm, P-Money and Suff Daddy.

Having produced for everyone, from Danny Brown to Black Milk, Apollo Brown has dropped his new collaborative album with Detroit rapper Guilty Simpson, called Dice Game. The night will also feature performances from NZ lyricist David Dallas, who recently released the Buffalo Man EP, and more guests to  be announced.

Thursday November 29
Laundry Bar, Fitzroy
Tickets through Oztix or at the door