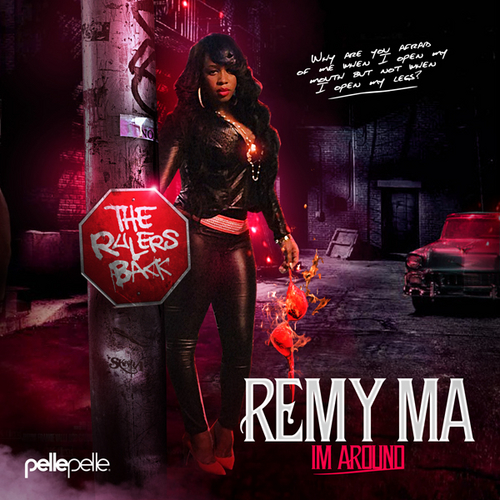 Remy Ma drops a brand new mixtape for the streets, entitled I’m Around, his first from being released from prison in August.

The project features 12 new songs with production from Ron Browz, Sean C and Buckwild, among others, as well as a single collaboration from husband Papoose.

“It’s time! The Mixtape… #IMAROUND,” tweeted Remy. “Rest In Peace to the bitches that’s dying to be me!!”