His name is an acronym for Always Keep It Real and has zero to do with tired rap clichés, or a small-minded view of what rap is and can be. Akir’s trademark raspy flow, his intricate non-stop rhyme patterns and his ear for soulful, dramatic beats (many of them self-produced) aren’t some gangster fantasy and if there is one thing that comes across in Akir’s music—its real life.

The Plan is set to release on September 26th. 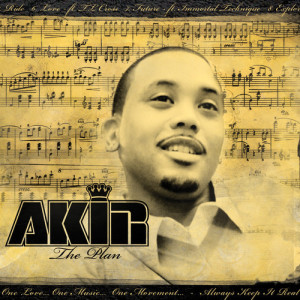