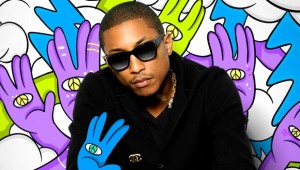 After only launching 18 months ago, All Out now has campaigns and members in one of the nearly 80 countries that outlaw LGBT people and expression. “In every country in the world, we are leveraging the immense power of digital and social media to push back against anti-LGBT actions and win real victories for equality,” said Andre Banks, co-founder and Executive Director of AllOut.org.

Mika is equally passionate and proud about what the organisation has achieved in a short time. “They aren’t waiting for others to act – they are getting together every day and contributing in big and small ways to make equality a reality all over the globe. That’s something to shout about.”

In the year-and-a-half since opening its doors, All Out has held campaigns in dozens of countries. Highlights have included raising more than $60,000 in three days from members around the world to relocate people in Iraq targeted for violence and murder for appearing “too gay.” All Out has also helped to stall Uganda’s “Kill The Gays” bill by gathering more than 500,000 online signatures, and contributing to tremendous global pressure.