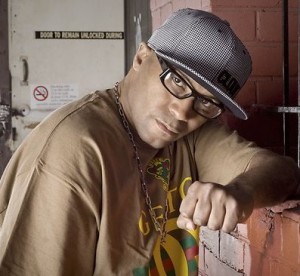 Dr Octagon chops it up with Stash

He is the man and myth behind albums like Spankmaster and the 1996 masterwork Dr. Octagonecologyst. He has penned such lyrics as “In my real world, orang-utans dance for Thanksgiving with skeleton bones and skunk tails.” But when we spoke to Dr. Octagon (aka Kool Keith) he spoke in serious tones about his inspiration and where he wants to go in the next chapter of his career. The veteran MC is fresh from his recent trek of Australia, having performed his aforementioned classic 1996 album in full.  “I love Australia, it’s like a second home,” he says in his trademark drawl. The tour allowed him take a break from promoting his new album Love & Danger, which dropped last month. The shows Down Under marked the first time he’s ever performed the album live.

Along with Dr. Octagonecologyst, the other album that has always been the topic of discussion is his 1988 opus Critical Breakdown with group Ultramagnetic MCs. “It really depends on who you meet and talk to. All sorts of folk enjoy different projects I’ve worked on but it’s all love.” The possibility of seeing Critical Breakdown performed in full is there if everything aligns. “If the fans want it to happen and the rest of the group can get together to make this happen then I’m down.”

As with everything he does, Dr. Octagonecologyst was a result of Keith’s environment. Recorded in California, alongside Dan The Automator and DJ Q-Bert, he believes that such a concept-driven album couldn’t have been made in his native New York. “There’s too much going on, you might see a fight in the street and it’ll change your whole vibe.” At the same time the intensity of New York has worked in his favour, as it did with his suitably graphic follow-up album Sex Style. “It [inspiration] all comes from the same place, it comes from me but depending on the project it can be someone or something completely different.”

Even with his reputation as hip hop’s concept album king, the rapper (real name Keith Thornton) is looking to head in a different direction. “My last two last albums I was in jail, I was in prison lyrically,” he says with conviction, pun intended. “I’m getting into a variety of new beats, doing my own production. I like to move forward and not focus on the same thing.” Never one to stick to formula over the course of his solo career, which kicked off with the Dr. Octagon project, Keith has also recorded under the pseudonyms Dr. Dooom and Black Elvis.

While his creativity has never been in question, he believes he had become somewhat pigeonholed with this musical schizophrenia.   “I opened up Pandora’s box in the wrong way. I’ve met people that want me to write a whole song about a hat or a rapper that wants me to write about [baseball player] Derek Jeter for three verses.” He’s also looking to cut down on collaborations, saying “everyone that works with me gets more recognition than me. I made them stars.” Concept albums do have a place however and he believes many of today’s rappers are following in his footsteps. “They’re making music that is conceptual and characterised. With movies today people wanna see concepts like Batman and The Avengers. It’s the same with music, you damn near gotta put a movie poster out for your album.” With no one to appease Keith is excited about the idea of switching things up and doing it for himself. “I rapped for other people, I rapped for mass appeal. I never wrote anything for myself.”

For Keith he sees it as perfect timing for a fresh start. “The industry is in a shitty state at the moment if you’re not willing to be proactive, for those who are its more open than ever.” With over 14 albums under his name, just counting solo projects, Keith is showing no signs of slowing down. “To be the best you have to be able to prove it consistently and undoubtedly. I have so much finished music though I could take a break, think for a while and still be able to put dope music out.” Ultimately it’s all about pushing forward and continuing to evolve and grow as an artist. “What keeps me motivated is seeing how others let their work ethic slip, you stop moving and evolving you die. If you want to be a shark you got to keep moving.” Words to live by.